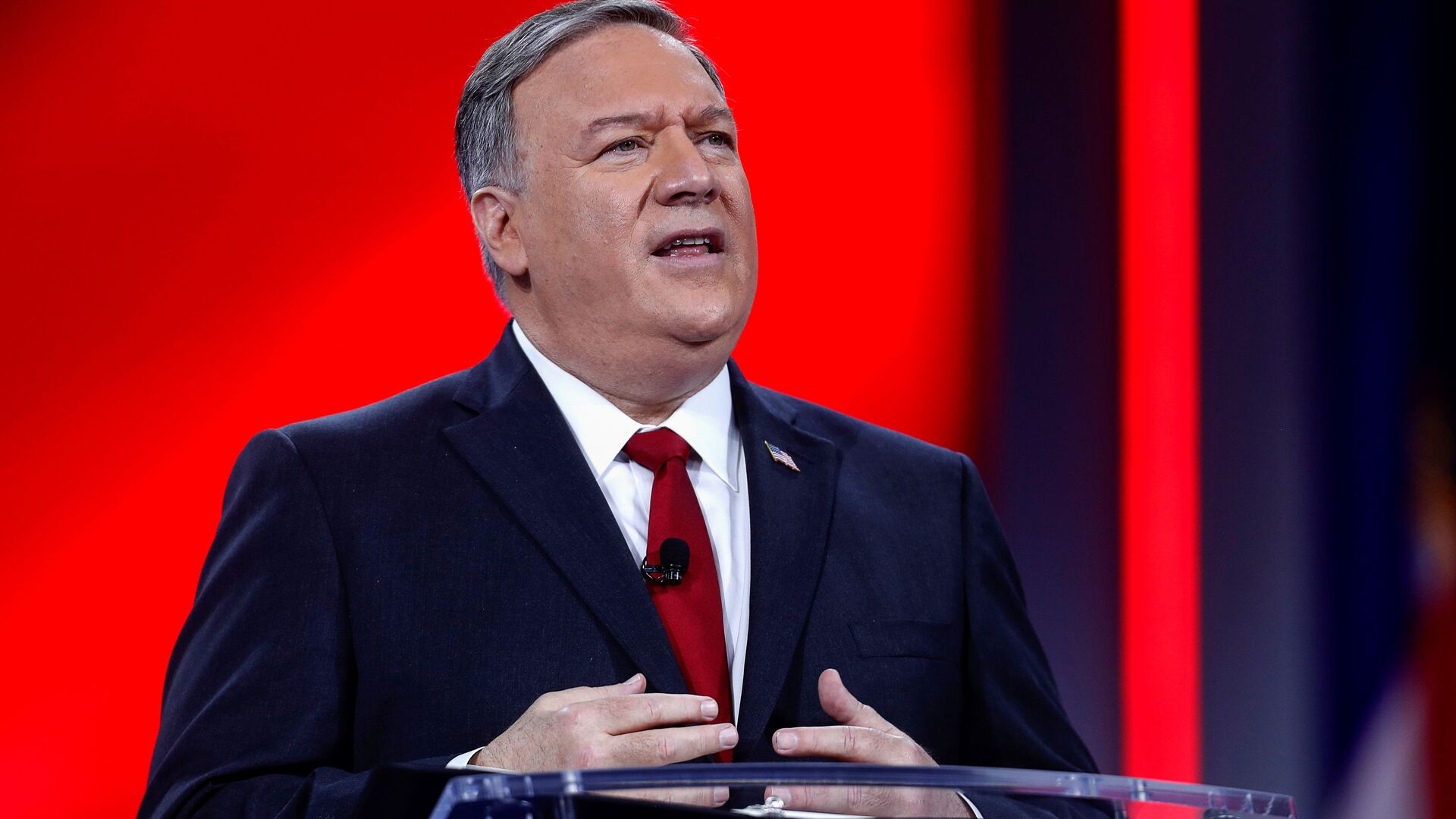 © REUTERS / OCTAVIO JONES
Subscribe
Alexandra Kashirina
All materialsWrite to the author
On Friday, US intelligence declassified a report on the killing of Saudi journalist Jamal Khashoggi, which claimed that the Saudi crown prince, Mohammed bin Salman, approved the assassination. The publication's findings were immediately refuted by Riyadh, which saw support from a handful of other Arab countries.

Former US Secretary of State Mike Pompeo criticized the Biden administration for declassifying an intelligence report on Khashoggi's killing, calling the move “reckless” and containing a "political" motive to damage relations between Washington and Riyadh, according to a Sunday Pompeo's interview with Fox News.

"It was aimed at harming a relationship with the kingdom of Saudi Arabia through the use of intelligence in a way that as a former CIA director, I would have never stood for. So I regret that they chose to do. This was a political stunt. We know a lot about what happened there, our administration held those accountable that we knew of," Pompeo claimed, adding that he believes that the current US administration seeks to turn an “important security partner” into a “foe.”

According to the Trump appointee, the current administration intends “to develop a relationship with Iran” at the cost of “destroying one with the kingdom of Saudi Arabia” and use US intelligence to bring about the shift. Pompeo also claimed that “Iranians [...] have murdered far more people all across the world than the kingdom of Saudi Arabia has during our four years and eight years before that as well.” 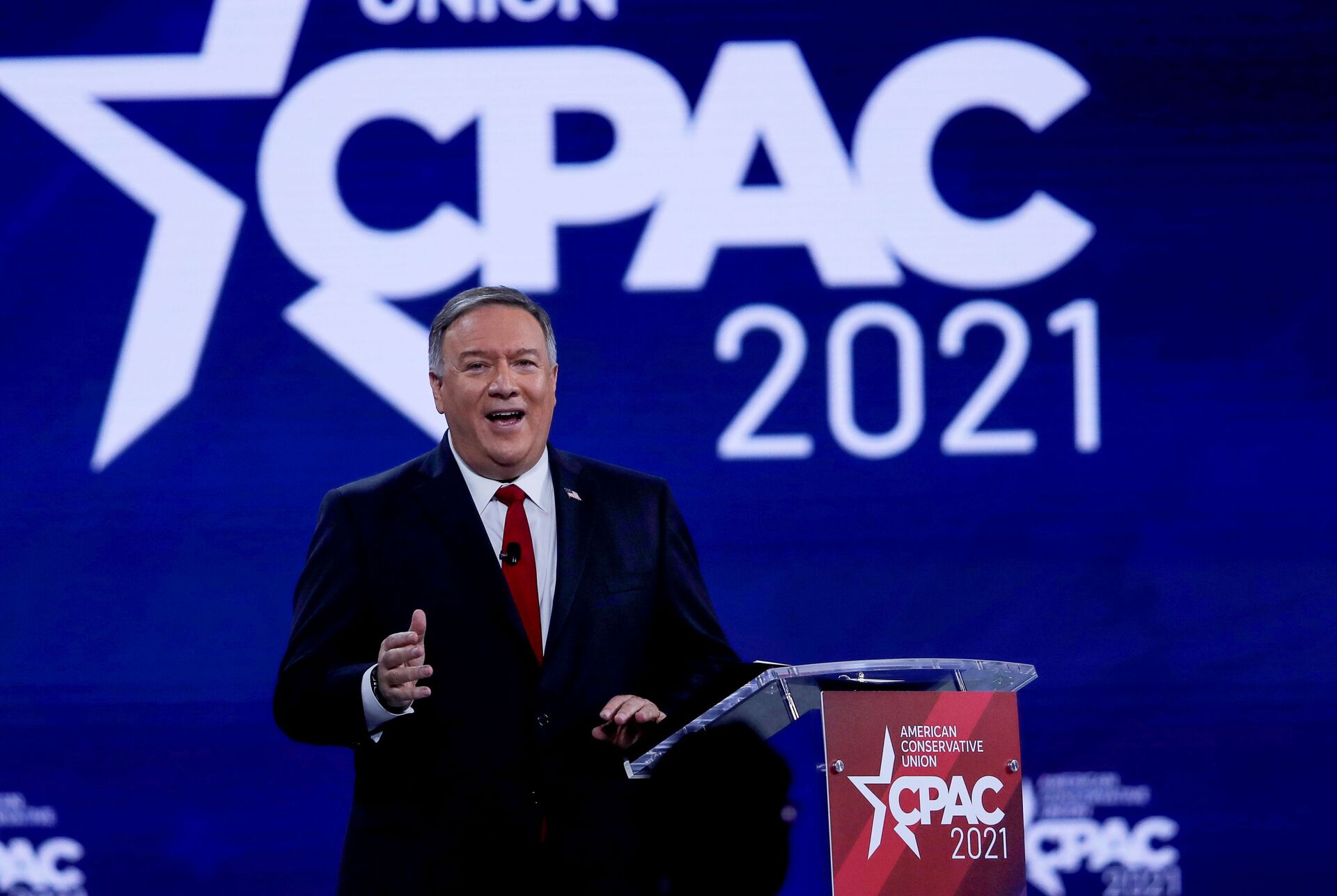 When asked about allegations that the Trump administration “covered” Khashoggi’s murder, Pompeo claimed that "some dozen plus people" were held accountable for an "outrageous" killing.

“We didn’t cover it up at all… We held accountable those that were responsible," he said, adding, "that we could identify.”

US Secretary of State Antony Blinken stated shortly after the Khashoggi intel report release that Washington sought to change its approach to the Saudi kingdom, not "rupture the relationship", rather to "recalibrate" it.

The report, published by the Office of the Director of National Intelligence (ODNI), accuses Mohammed bin Salman of approving Khashoggi's assassination. The move entailed a number of sanctions imposed by Washington immediately after the release. According to the statement, 76 Saudi Arabian subjects were banned from issuance of visa.

The kingdom rejected the report as a "negative, false, and unacceptable assessment".

Khashoggi entered the Consulate General of Saudi Arabia in Turkey on 2 October 2018 to obtain a divorce certificate for his oncoming marriage, but never exited the building. According to the prosecution, he was murdered and his corpse was dismembered. The Saudi government denied any connection by the royal family to the murder and had launched its own internal investigation which located several suspects who could be detained and brought to trial.

The trial had began in January 2019 in Saudi Arabia, after 18 people were arrested. Five suspects were sentenced to death and other three to long prison terms, but a Saudi court later commuted the death sentences to several years in prison.

000000
Popular comments
Would be nice if Sputnik refrained from showing this evil pig's face anymore. It's like looking at a picture of a festering pimple on someone's arse...hideous and disgusting.
4Justice
1 March, 07:32 GMT6
000000
No, not arresting you and put you behind bars is reckless...!