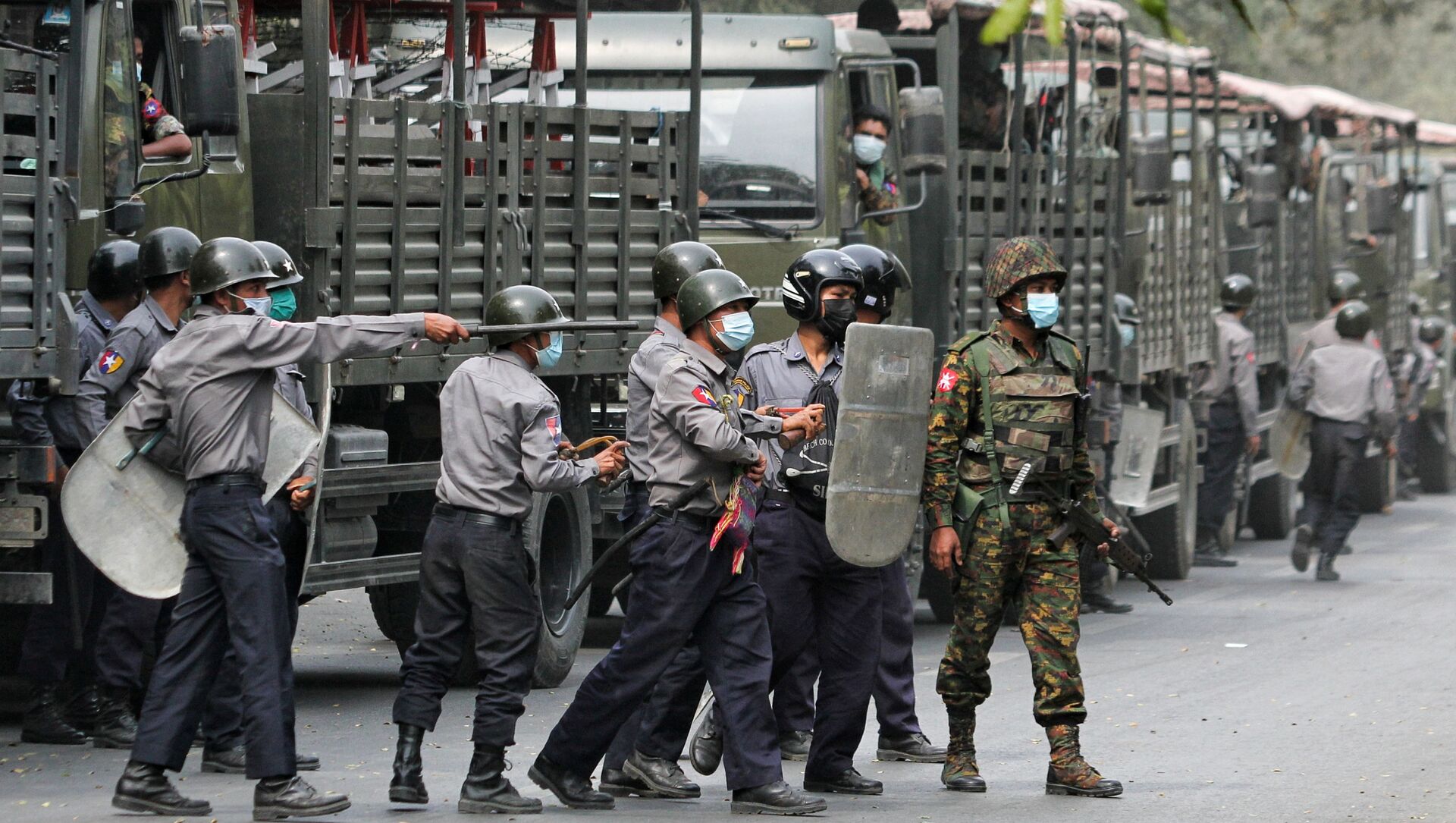 NEW DELHI (Sputnik) - The self-proclaimed Committee Representing Pyidaungsu Hluttaw (CRPH, where Pyidaungsu Hluttaw stands for Myanmar's parliament) has declared the country's military authorities a terrorist organization on Monday in the wake of a bloody crackdown on anti-coup protests the day before.

"The 'State Administration Council (SAC)' has been declared as 'Terrorist Group' for its atrocities and acts of terrorism, in contravention of the Counter-Terrorism Law, committed against the Republic of the Union of Myanmar and the citizens", the statement read.

The committee listed such atrocities as shooting, beating and arresting peaceful protesters, including students and civil servants who made the decision to join the Civil Disobedience Movement, slamming them as a "declaration of war on unarmed civilians".

Describing the military as "illegitimate putschists," the committee recalled how they overthrew the elected government and kidnapped senior officials, including State Counselor Aung San Suu Kyi and President Win Myint. 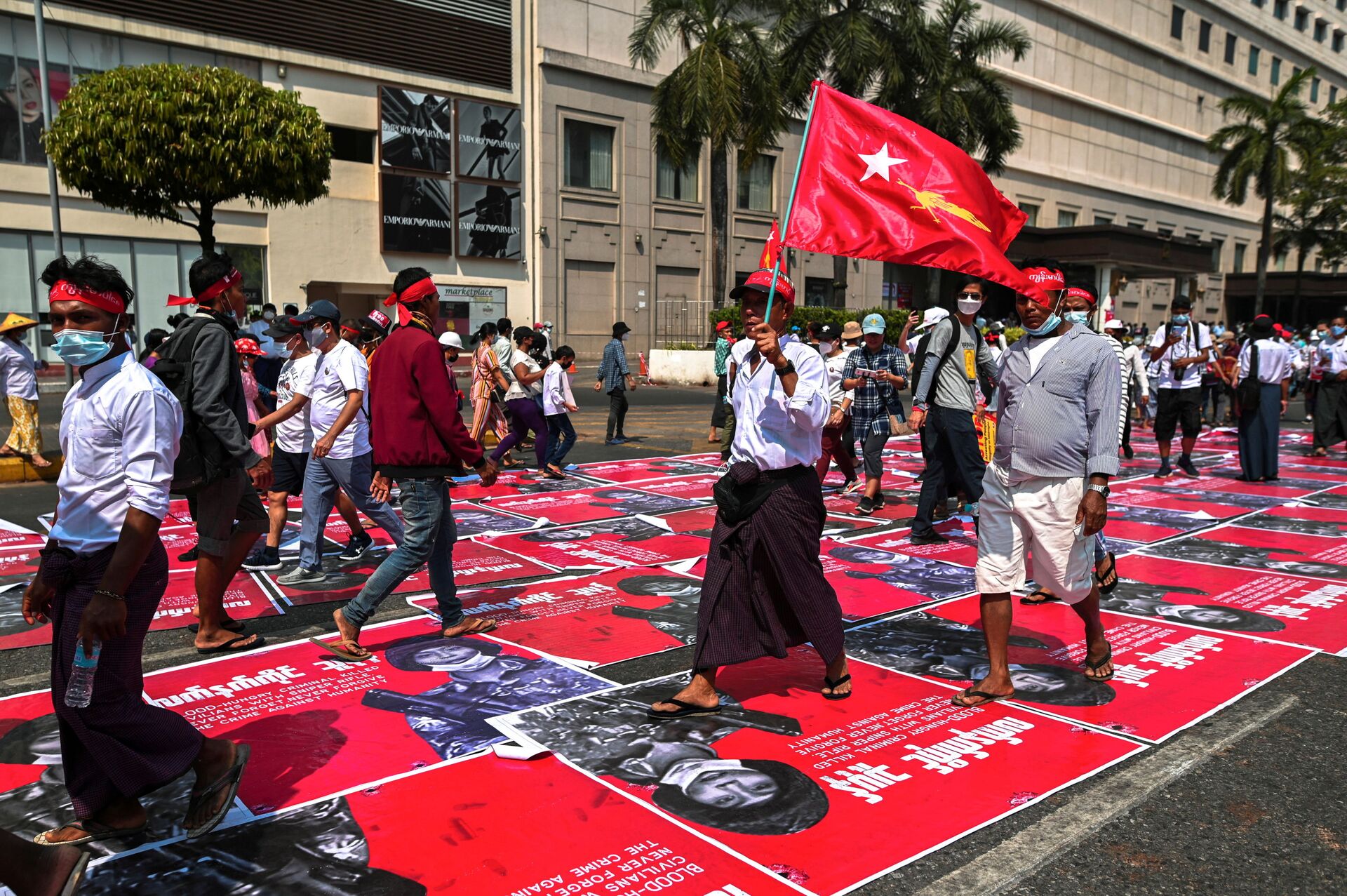 People step on placards showing the photo of an alleged Myanmar Army sniper during a protest against the military coup in Yangon, Myanmar, February 22, 2021.
© REUTERS / STRINGER

The CRPH is a group organised by members of Myanmar's government overthrown by the military on 1 February right before they were due to start the inaugural session. The group considers itself the country's legitimately-elected parliamentary authority.

Mass anti-coup protests have continued in Myanmar since early February. At least 18 people died and over 30 were injured this past Sunday alone during clashes between the police and protesters, according to the UN Office of the High Commissioner for Human Rights.