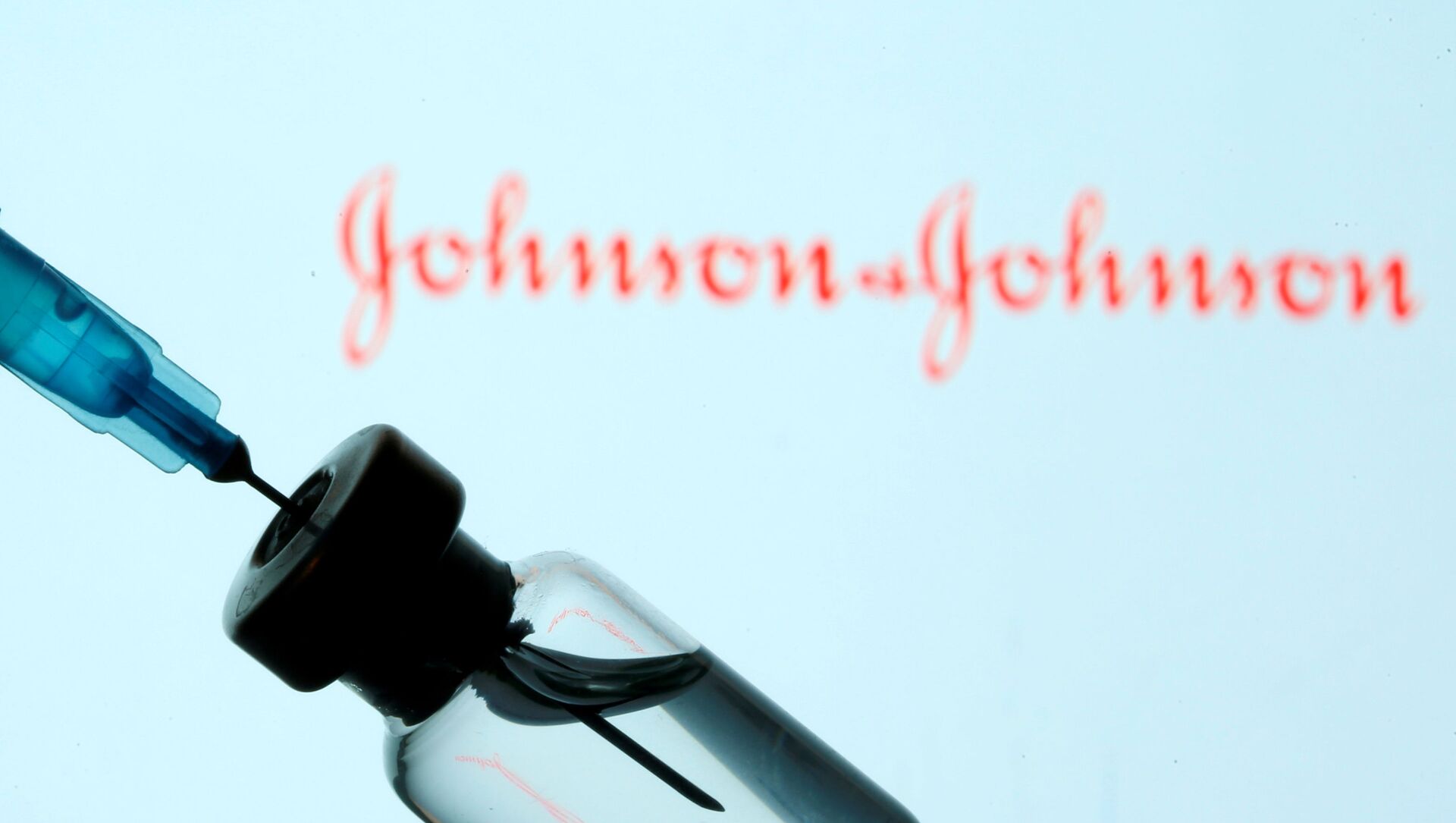 © REUTERS / Dado Ruvic
Subscribe
International
India
Africa
Gaby Arancibia
All materialsWrite to the author
Medical-and-pharmaceutical company Johnson & Johnson recently became the third COVID-19 vaccine candidate to be approved and granted an emergency use authorization by the US Food and Drug Administration (FDA). The injection now joins the ranks of vaccines currently being deployed by Pfizer-BioNTech and Moderna.

Johnson & Johnson began shipping out its newly approved COVID-19 vaccine on Monday, and intends to ensure that the American public is able to get its hands on its shot within the next two days.

Alex Gorsky, the CEO of Johnson & Johnson, told NBC’s “Today” show during an early morning interview that some 4 million vaccines were “literally on trucks as we’re talking.”

“We think literally within the next 24 to 48 hours, Americans should start receiving shots in arms,” the official remarked before offering details of the company’s vaccine distribution plans. “We’re committed to doing 100 million by June of this year, and up to a billion by the end of 2021.”

The Johnson & Johnson vaccine was approved by the FDA on Saturday, and has proven to be the easiest of all three approved candidates to store. Unlike the vaccines provided by Pfizer-BioNTech and Moderna, it only requires individuals to take one shot as opposed to two shots.

While its competitors have an efficacy of over 90%, the Johnson & Johnson jab is only 66% effective overall against moderate to severe COVID-19 infections. Studies indicate that its effectiveness appeared to vary depending on one’s geographic locations, Stat News reported.

However, the vaccine was also found to have an 85% effectiveness against severe cases. Under clinical trials, officials further determined that individuals who received the Johnson & Johnson shot were not hospitalized and had not died from COVID-19 in the 28 days it took for them to develop an immunity against SARS-CoV-2, the deadly virus that causes COVID-19.

Trials for the Johnson & Johnson candidate were carried out between October 2020 and January 2021, a time when several variants of the COVID-19 strain began to emerge and prove much more contagious. Officials have underscored that the new variants are not believed to be deadlier.

“When you look at the numbers around the vaccine, the numbers that are most important is that it works 85 percent of the time against serious disease, and it kept all the patients out of the hospital and from dying - even against these new and really challenging variants,” Gorsky said.

The company’s CEO emphasized that Americans need to have a “lot of confidence and trust in knowing they’re getting a very safe and effective, one-shot vaccine.”

Johnson & Johnson is next expected to undertake clinical trials to study the vaccine’s effect on pregnant women and children over the age of 12. The company will also take steps to examine the impact of a possible second dose.

The latest figures by the US Centers of Disease Control and Prevention indicate 96.4 million vaccines have been delivered, but that only 76.8 million doses have actually been administered. Some 25.4 million Americans have been fully vaccinated against the novel coronavirus.