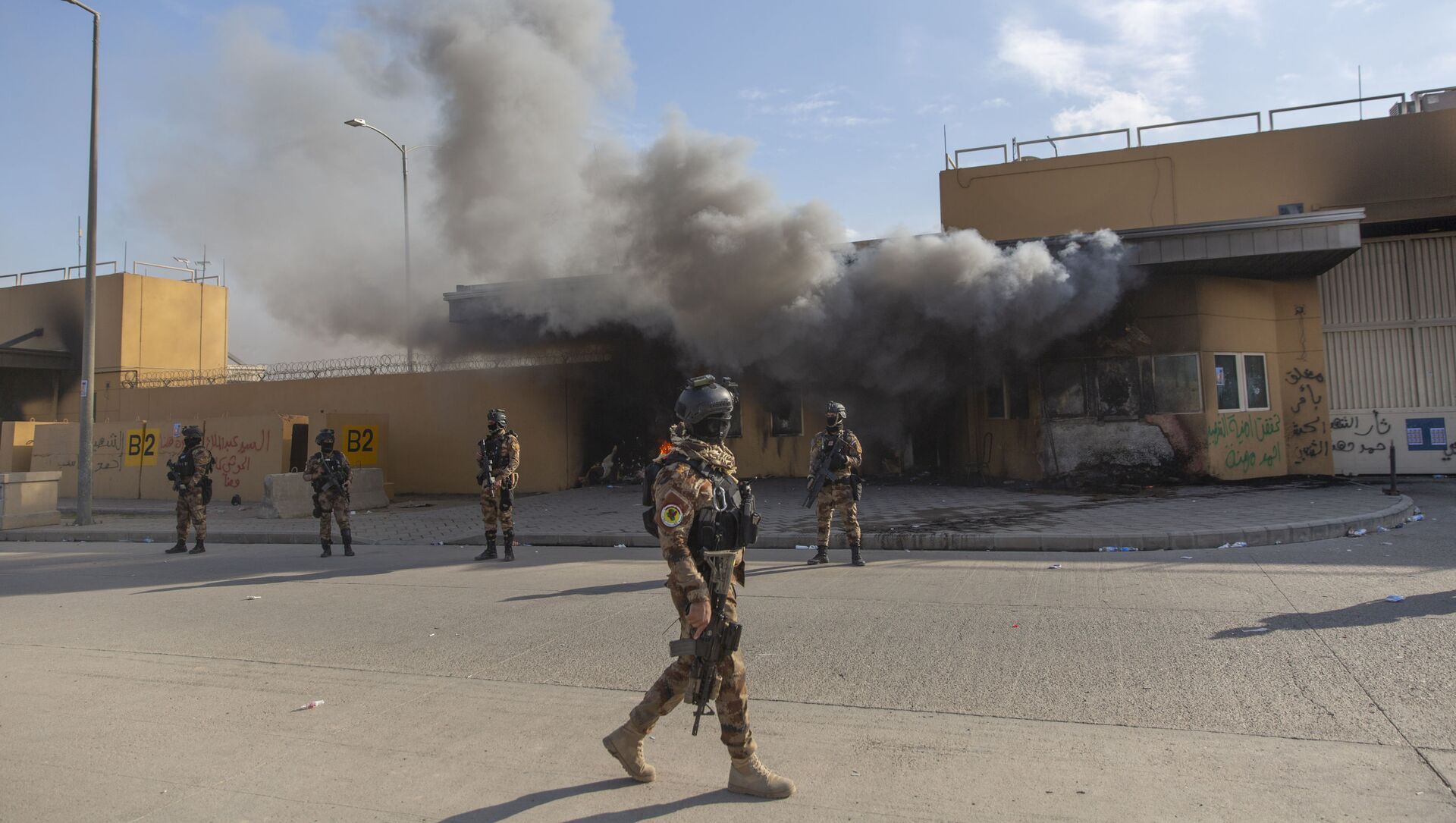 Tim Korso
All materials
The US claims its jets raided the facility belonging to Iraqi militants, purportedly responsible for the February rocket attacks against American objects in Iraq, which claimed one life and left several US citizens injured. Washington insists that the attacks were sponsored by Iran.

One of the Iraqi militant groups, Harakat Hezbollah al-Nujaba, has said it reserves the right to attack the US installations in the country as a response to Washington's bombing of the group's positions in Syria, Nasr al-Shammari, deputy secretary-general of al-Nujaba, told Al-Mayadin TV channel.

Al-Shammari noted that his group al-Nujaba had had an agreement with the Iraqi government not to target American facilities, but stressed it was no longer the case.

"All previous agreements [with the government] have been annulled and the resistance now reserves the right to set its own goals. The resistance, despite considering the US embassy in Baghdad as a den of spies, had agreed not to target it. From now on, it holds the right to attack US targets in this country," al-Shammari said.

The militant group representative also demanded that Baghdad reveal the names of those who supposedly passed the information to the US, which helped Washington to carry out its raid in Syria. Al-Shammari warned that otherwise if that information were not provided, the group would take matters into its own hands and punish those it believes to be responsible.

He was referring to the since-retracted statement by Pentagon Press Secretary John F. Kirby that Iraqi authorities helped the US to carry out "successful strikes" on Syria's territory in February. Baghdad strongly rejected the notion that it somehow helped the US's operation which is said to have left several militiamen dead and reportedly levelled nearly 10 buildings belonging to them.

US Illegal Airstrike on Syria's Soil

The US attack on the Iraqi militia's positions in Syria - near the border with Iraq - took place on the night between 25 and 26 February and came in retaliation for a series of rocket attacks on American positions in Baghdad. One of these attacks, carried out on 15 February, left one contractor dead and several more Americans injured. Commenting on the retaliatory strike, US President Joe Biden said it was a message to Iran, which Washington accuses of sponsoring the Iraqi militia, that it "can't act with impunity".

Shiite militant group, Saraya Awliya al-Dam, claimed responsibility for the attack on American facilities in Baghdad, but it is unclear whether the group had facilities in Syria, which the US attacked on 25 February.

The US Air Force strike on Syrian territory was condemned by Damascus, as well as by Russia and Iraq. The three countries said that the airstrike violated Syria's sovereignty and the UN charter. Syria and Russia also condemned the continued presence of American troops on Syria's territory, pointing out that Washington has no mandate to deploy its forces in the sovereign Arab state without Damascus's consent.