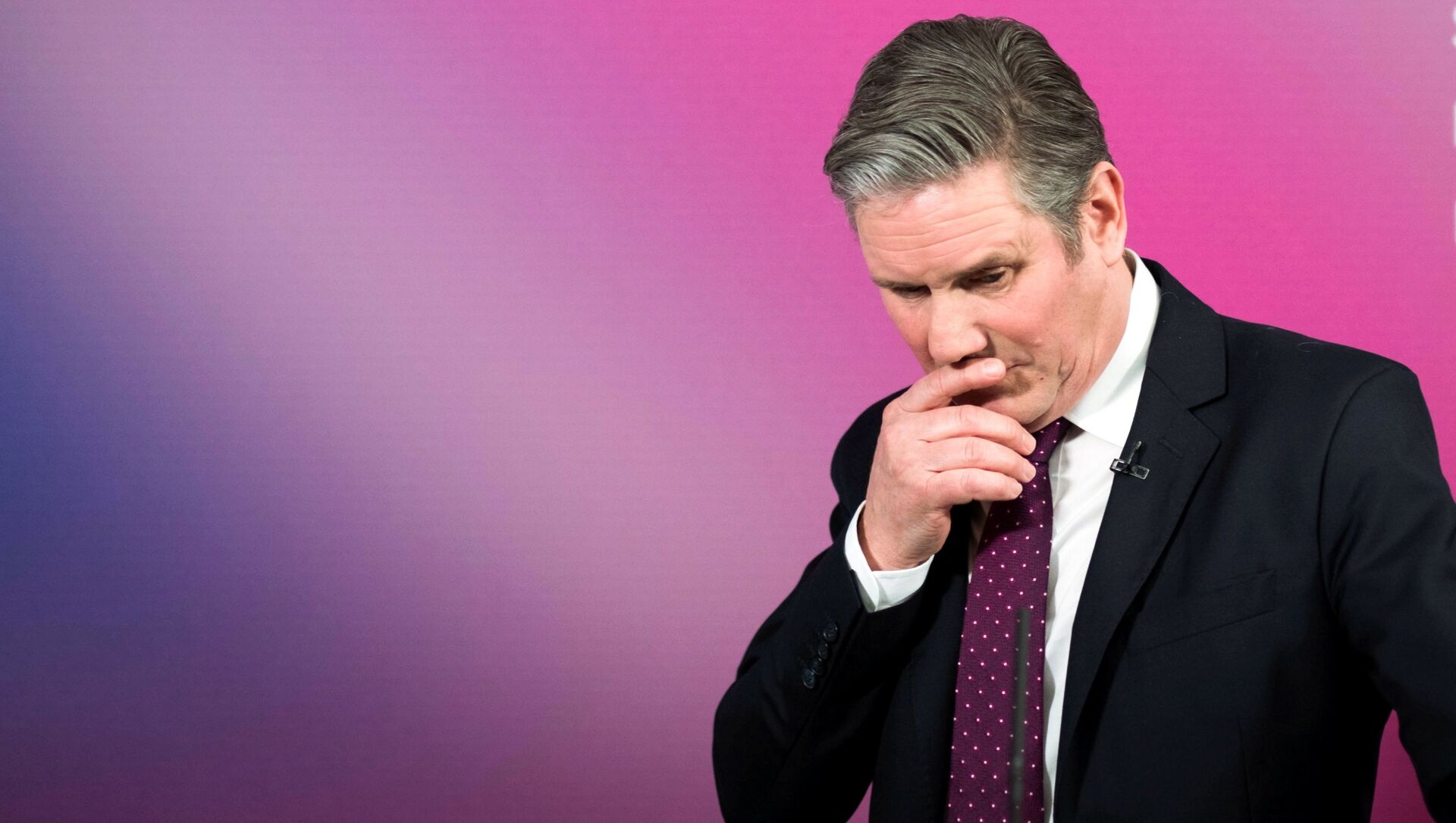 Mohamed Elmaazi
All materialsWrite to the author
A group of Labour Party members have won the right to bring a joint case in the High Court to challenge their suspension from the party, despite the leadership spending years to prevent the cases from being joined. The members had been suspended for years without any form of resolution in their cases.

UK Labour Party members who were suspended under allegations of antisemitism shall see their day in court, following a victory in the High Court. The Labour members, backed by the Left Legal Fighting Fund, won all of their costs back, meaning that Keir Starmer's party will be on the hook for at least £75,000.

Former Labour MP Chris Williamson established the Left Legal Fighting Fund out of the costs awarded to him following his own legal victory against the Labour Party. Williamson, who founded and hosts Resistance TV, spoke to Sputnik about the significance of the High Court, which may assist more Labour members to challenge their suspensions by the Party bureaucracy.

Sputnik: Explain the background to the case being brought by the Claimants.

Chris Williamson: They're all longstanding members of the Labour Party who have been suspended for several years, on bogus allegations of antisemitism, and no progress has been made by the party in determining their cases.

'Clear Their Names': Ex-London Mayor and Local Councillor to Challenge Anti-Semitism Report in Court
I therefore believe the Party is in breach of its contract with these members. Its disciplinary procedures are grossly unfair and unfit for purpose, which means it's failed to comply with its obligations to apply natural justice. That's not just an abstract concept. The Party is contractually bound to comply with the requirements of natural justice, but its procedures for determining whether someone's speech amounts to antisemitism fall short of that test.

The Left Legal Fighting Fund was initially supporting the joinder of five additional claimants who were seeking to add to the six cases already being brought by Labour Activists for Justice. But less than a week before the hearing, the party suddenly dropped the charges against three of the five and completely exonerated them.

Sputnik: What exactly did the High Court determine?

Chris Williamson: The Labour Party were objecting to us adding the two remaining members to the case being brought by the six other claimants. But judge Lisa Sullivan rejected the Labour Party's submissions and said it was 'desirable' for all the claimants 'to be heard together'. She also ordered that the full case must be heard after 8th June and awarded us our costs. Taken together, the Labour Party will have to pay nearly £80,000 for their own, and our costs, as a result of their objections to our request to add two further cases.

Sputnik: Do you know yet whether the Labour Party appeal the decision?

Chris Williamson: I don't know, but it's theoretically possible, I guess. But I can't see what grounds they would have, or what they would have to gain, because they'll still have to face the case being brought by the other six claimants.

Chris Williamson Announces He Won Court Costs Against Labour Party
Chris Williamson: It will help other party members who've been unfairly suspended. This was something the party was concerned about. Their barrister argued in court that adding the new claimants "carries a real risk of opening the floodgates to any Labour Party members who want disciplinary action taken against them in similar circumstances to be managed differently".

Sputnik: What happens next in respect of this case, since it isn't actually over?

Chris Williamson: When the full hearing takes place in the summer, it could have beneficial implications for numerous party members who have been subjected to an unfair disciplinary process. We're confident of winning, but we need to continue to raise funds to ensure we can cover the costs of the hearing. Any costs we win back will be ploughed into assisting others who fall victim to the lawfare tactics of the Israel lobby, or activists and whistle-blowers who are targeted for making a stand against neoliberalism and imperialism.