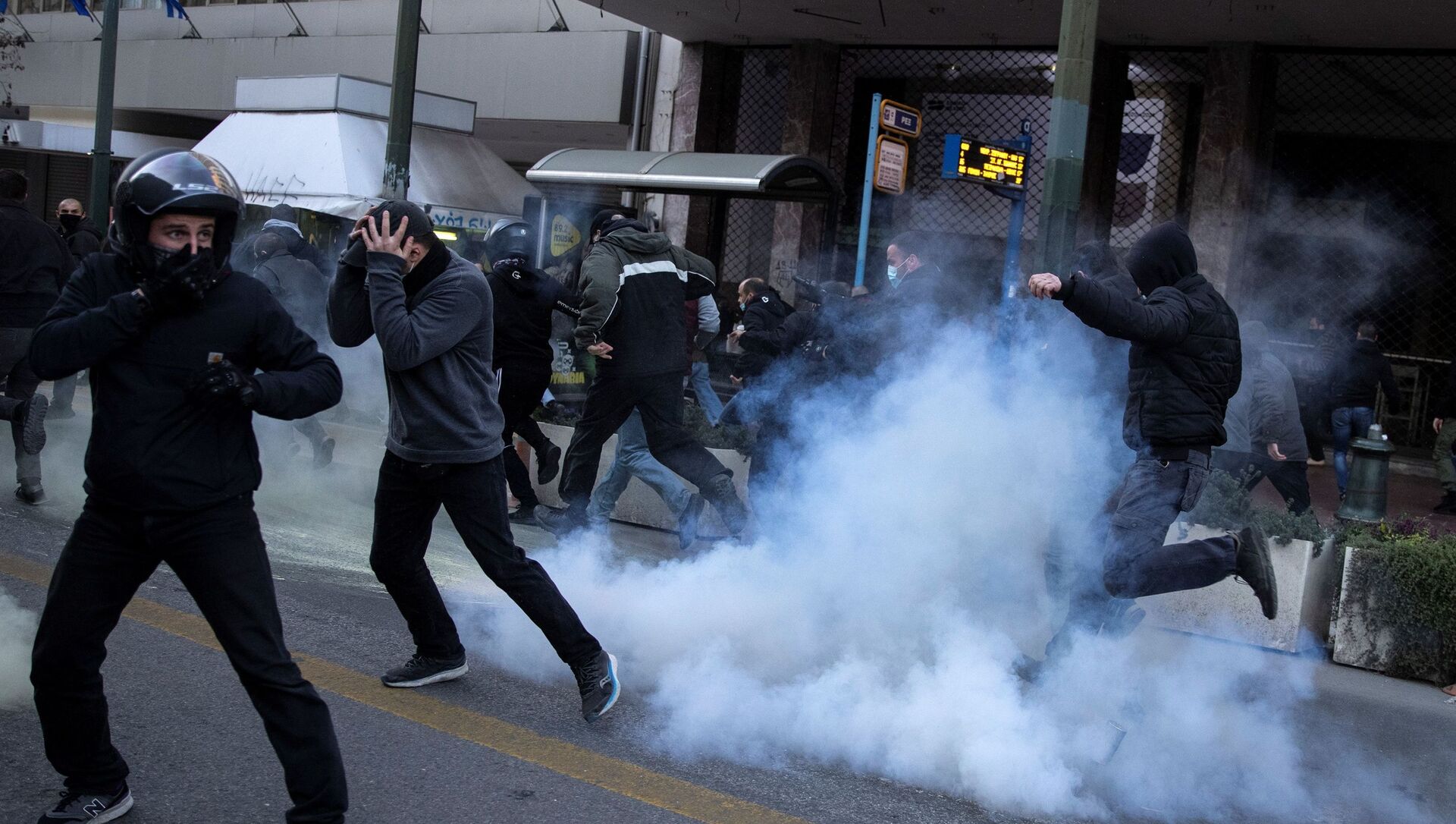 © REUTERS / ALKIS KONSTANTINIDIS
Subscribe
International
India
Africa
Chris Summers
All materialsWrite to the author
Hunger strikes have been used by political dissidents for more than 100 years. But the Greek government is refusing to bow to the demands of a prisoner despite him being on the verge of death.

The Greek government says it will not give in to the demands of Dimitris Koufodinas, a convicted left-wing terrorist, who is on hunger strike.

Protesters have been demonstrating on the streets of Athens in support of Koufodinas, 63, who is serving 11 life sentences for the murders of Greek businessmen and NATO targets during the 1980s.

On 1st March 1981, Bobby Sands began his hunger strike for justice for republican prisoners. He died 66 days later, followed by 9 of his comrades who made the ultimate sacrifice. They were the bravest of the brave and are remembered with pride by the Green Brigade. pic.twitter.com/AIZK14Kh9A

​Sands, a convicted IRA terrorist, died on 5 May 1981 after going 66 days without food or water in the Maze prison in Northern Ireland.

OTD 40 yrs ago I shook hands in H Block 3 with Bobby Sands as he embarked on his hunger strike that resulted in his death 66 days later. Those of us privileged to know Bobby will never forget his courage, heroism & humanity. ‘ Our revenge will be the laughter of our children’. pic.twitter.com/OE13VLk0qE

​Nine other Irish republican prisoners died in the hunger strike before it was called off in October 1981.

Koufodinas has been on hunger strike for 52 days and is now in intensive care in a hospital in central Greece after suffering a “serious deterioration” at the weekend, after he began refusing water.

He went on hunger strike after the authorities transferred him from a low-security prison in Athens to a high-security jail in rural Greece.

Dimitris Koufotinas is on the 50th day of his hunger strike to be transferred to Korrydollas Prison. Dimitris has stopped taking water since February 22, and his health is getting worse.
Solidarity is our weapon!#koufodinas_hunger_strike pic.twitter.com/mFfCU4qWJI

​Koufodinas was a member of November 17, a Marxist group which conducted a campaign of terror against conservative elements in Greece and its NATO allies during the 1970s and 1980s.

Mitsotakis’ government has refused to bow to Koufodinas’ demands and insisted it has not done anything wrong.

Government spokeswoman Aristotelia Peloni said: "Mr Koufodinas is demanding privileged treatment outside legal norms. The state does not negotiate with convicts and will not relinquish its sovereign right to how to detain them".

More protests in support of Koufodinas are due to take place in Athens and other Greek cities on Monday evening.

Two bombs went off last month in a car near a conservative MP’s home.

November 17 - or the Revolutionary Organisation 17 November to give it its full name - was formed in 1975 and named after the date of an uprising against the right-wing military junta which took place in November 1973. It killed 23 people before ending operations in 2002 after a series of police raids and arrests.

On this day in 1981, #BobbySands began his hunger strike.

Sands saw himself as an inheritor of the #EasterRising.

Through his sacrifice, Sands won an emotional and metaphorical battle that propelled him into the mythological tradition. #twitterstorians pic.twitter.com/Iz6tbsfR95