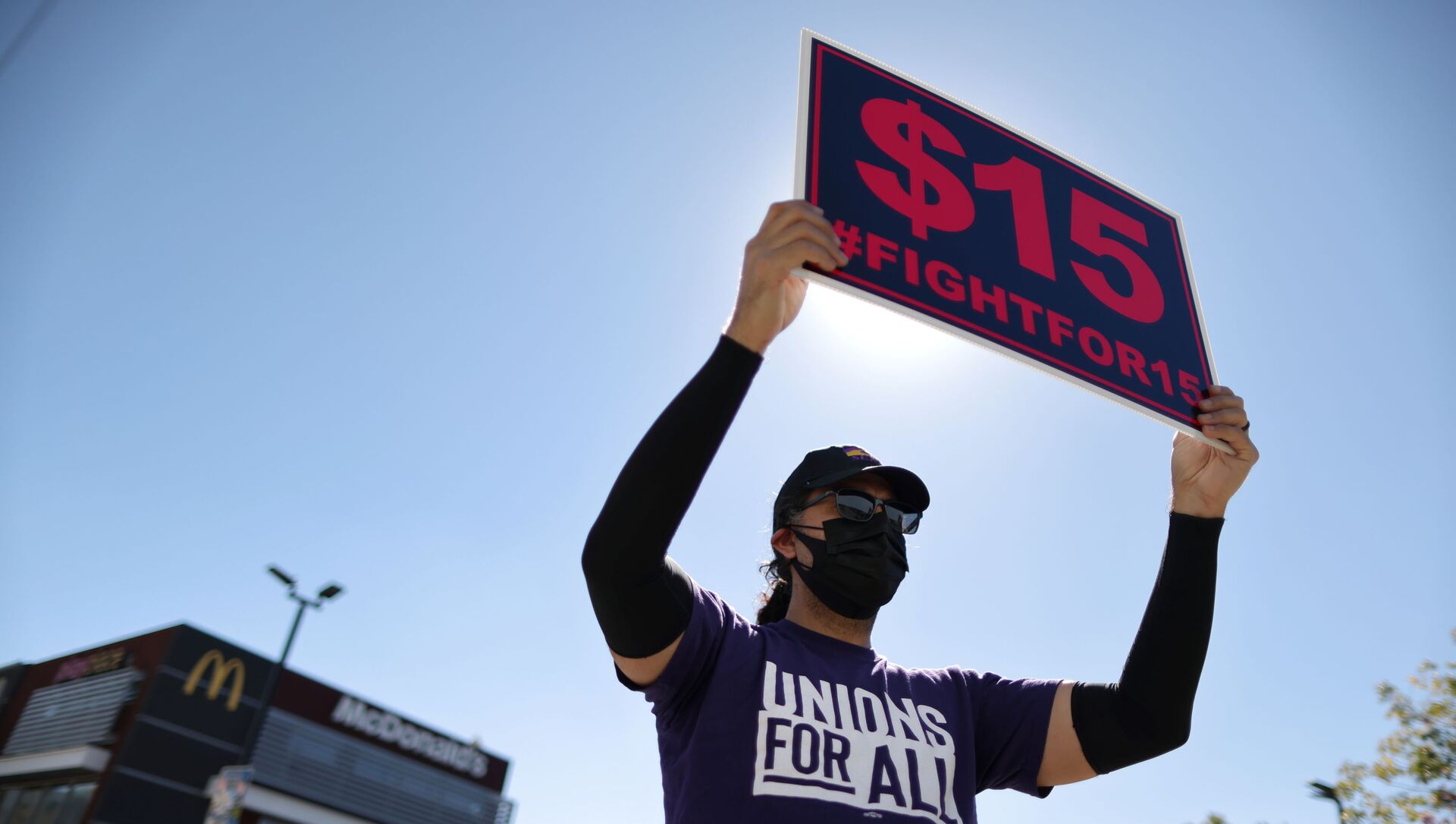 Tim Korso
All materialsWrite to the author
The proposal pedalled by progressive Democrats was struck down by Senate official Elizabeth MacDonough for being "merely incidental" and not fit to be part of the coronavirus relief bill. President Joe Biden said he was "disappointed" by the move, but said he respected the parliamentarian's decision.

The authors of the so-called "Plan B" for hiking the minimum wage in the US to $15 per hour, two Democrats and chairmen of the Finance and Budget Committees Ron Wyden and Bernie Sanders have decided to pause their efforts to introduce the proposal in the Senate, The Hill reported citing two anonymous sources.

One of the sources told the media outlet the senators realised that finalising the deal's parameters with the caucus would require a lot of time and could hence impact the passage of the coronavirus relief bill. The adoption of the latter is Democrats' priority right now as the date existing jobless benefits expire draws ever closer. According to another source, allegedly close to Senator Sanders, the two Democrats are not giving up on the proposal to up the minimum wage.

"He is dedicated to raising the minimum wage to $15 an hour, and is working on strategies to get it done", the source told The Hill.

"Plan B", introduced by Ron Wyden and Sanders after the minimum wage proposal was struck down from the new coronavirus relief bill, suggests imposing additional taxes on companies that pay their workers less than $15 per hour, while giving small businesses tax incentives to up their wages. The proposed tax would start at an additional 5% and grow larger over time until a company raises wages.

Progressive Democrats, who champion the increase in the minimum wage in the US, sought to pass the $15 per hour clause as part of the coronavirus relief bill. The bill along with the minimum wage clause successfully passed the House on 27 February, despite opposition from Republicans. The GOP complained that Democrats pushed the bill through in the dead of night and argued that its adoption would hardly be a "win" for US citizens.

The minimum wage clause, however, was ruled to be "merely incidental" and not fit to be part of the COVID-19 relief bill by Senate official Elizabeth MacDonough. The ruling disappointed not only progressive Democrats, like Bernie Sanders, but also US President Joe Biden. The latter said, however, that he is going to respect the Senate official's ruling. Senate progressives, in turn, moved to work on "Plan B" to effectively raise the minimum wage in the country.