Can Labour's New Leader in Scotland Take Advantage of Disarray in SNP to Mount a Comeback? 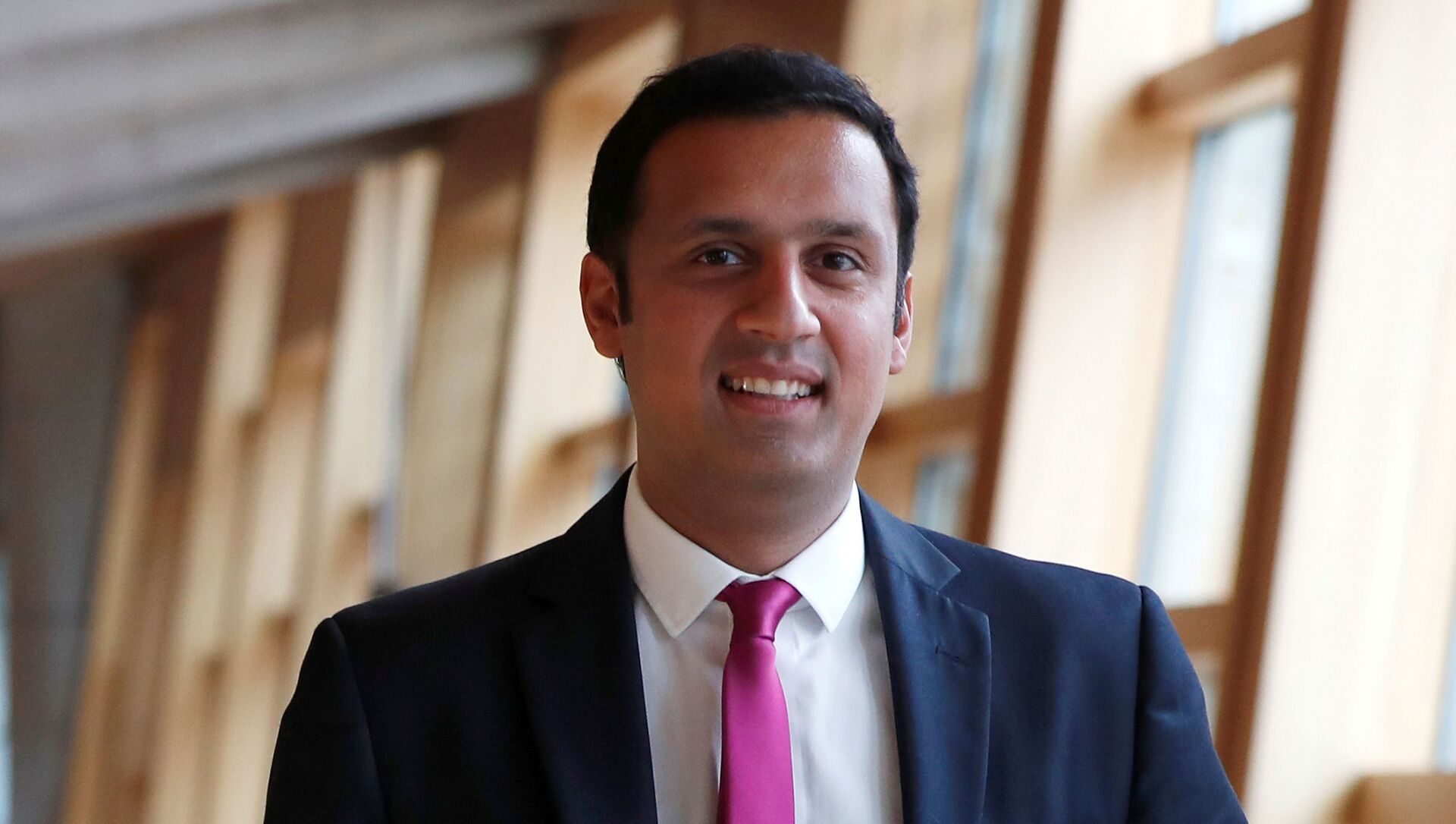 © REUTERS / RUSSELL CHEYNE
Subscribe
Chris Summers
All materialsWrite to the author
At the 1997 general election, when Tony Blair won a landslide victory, the Labour Party grabbed 56 seats in Scotland, compared to only six for the SNP. By 2015, Labour had only one MP in Scotland and the Scottish nationalists had 56.

The Labour Party in Scotland elected a new leader on Saturday, 27 February, and they have their sights firmly set on taking advantage of the feud which is tearing the Scottish National Party (SNP) apart.

Anas Sarwar, a Glasgow MSP, defeated Monica Lennon to win the leadership contest and promised to give voters in Scotland a better Labour Party.

I congratulate @AnasSarwar and wish him well in his new job as leader of Labour Party in Scotland. ~GB https://t.co/ydI77sOywz

​"I want to say directly to the people of Scotland - I know Labour has a lot of work to do to win back your trust because if we're brutally honest you haven't had the Scottish Labour party you deserve”, Sarwar said.

Voters north of the border go to the polls on 6 May to elect a new Scottish Parliament, and Labour currently find themselves in third place, with only 24 MSPs, behind the SNP and the Scottish Tories.

Since the Second World War, Labour was traditionally the dominant force in Scotland, but it opposed independence during the 2014 referendum campaign and Labour leader Ed Miliband was punished for campaigning alongside Tory Prime Minister David Cameron as part of the No campaign.

Properly burst out laughing when I got the bit of Anas Sarwar's video where he says: "If you are the victim of inequality or injustice I'm on your side."

He literally spends a 5 figure sum each year bolstering the inequality and injustice of private schooling.

​At the 2015 general election, under Nicola Sturgeon, the SNP crushed Labour, leaving them with only one seat in the whole country.

It is a position from which Labour has never truly recovered and a succession of ineffective leaders in Scotland has not helped.

Looks like you’re gonna get the next best thing, a brown-nosed, toadying, acolyte. Anas Sarwar, one-time Deputy Leader of Scottish Labour, who lost out to Richard Leonard. He self-identifies on the political right as a Brownite, critical of both Tony Blair and Jeremy Corbyn.

​The new leader - an admirer of former Prime Minister Gordon Brown - was born and brought up in Glasgow, but his father Mohammad was born in Pakistan and, after serving as a Labour MP in Scotland for eight years, relinquished his British citizenship and returned to Pakistan, where he was elected Governor of Punjab in 2018.

Sarwar, 37, has promised to take the fight to the SNP and is hoping to take advantage of the chaos within Scotland’s governing party.

Thanks to Anas Sarwar for clarifying earlier comments about him being the first minority ethnic leader of a UK political party which thereby ignored the earlier achievements of Disraeli, Herbert Samuel, Michael Howard and Ed Milliband - all Jewish leaders of UK parties pic.twitter.com/fncQWlovdB

​On Wednesday, 2 March, First Minister Nicola Sturgeon is set to give evidence to the Committee on the Scottish Government Handling of Harassment Complaints at the Scottish Parliament in Edinburgh.

On Friday, 26 February, the SNP’s former leader Alex Salmond gave evidence to the same committee, which is investigating how the Scottish government handled sexual harassment allegations against him, of which he was later acquitted.

On Sunday, Sarwar said: "I think Nicola Sturgeon herself would say if an opposition politician was in government, and they breached the ministerial code, that they would be expected to resign. It's a point of principle and respecting the office of first minister". 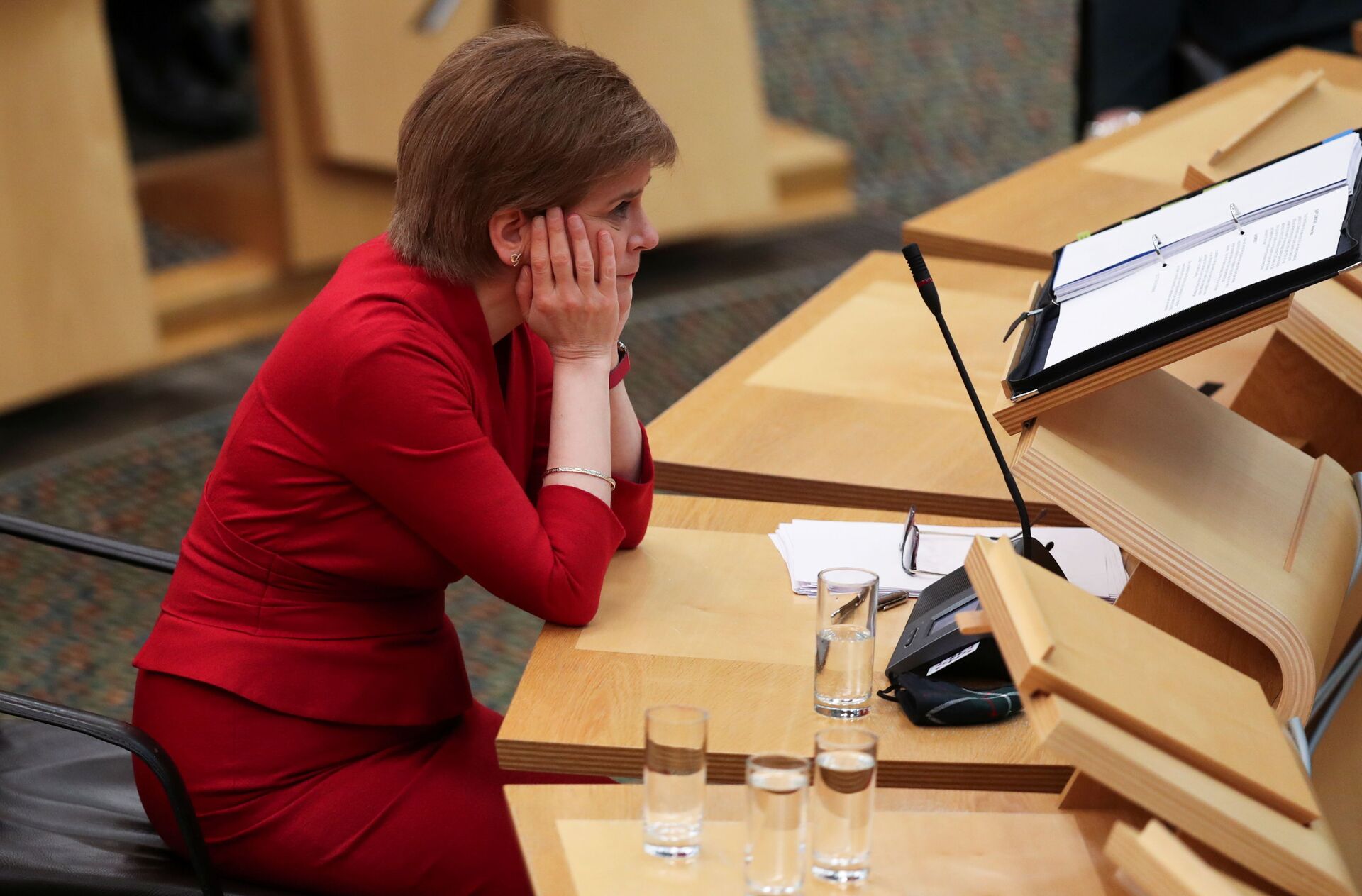 Sturgeon has been banging the drum for a second independence referendum, claiming the 2016 Brexit referendum result had completely changed the situation.

But an opinion poll at the weekend - a Survation survey of 1,000 Scottish voters for the Sunday Mail - said support for independence had fallen to 50 percent.

Sarwar, who opposed a second referendum on independence, said on Saturday: “For too long politicians have presented binary choices. Whether it’s Yes or No, Leave or Remain, they have forced you to pick a side…I will be a leader that focuses on what unites our country - not what divides it. And together we will build a better future for Scotland”.

The Sunday Mail poll also revealed 39 percent of voters believed the Scottish government had conducted a cover-up following the acquittal of Salmond, compared to 32 percent who believed that was not the case.

According to opinion polls, support for Labour has gone up since December 2019 and they are back in the second position, ahead of the Tories, but still a long way behind the SNP.

During the leadership election, Sarwar told Labour List: “I actually think our tax policies will be even more progressive and radical than even John McDonnell’s or Jeremy Corbyn’s tax policies or manifesto. Because we have specific challenges in Scotland. I want us to commit hundreds of millions of pounds to tackle child poverty in Scotland, but you have to pay for it. And I think it’s only fair that we pay for it by asking those at the top to pay a bit more”.

Up until 2015, Labour relied on Scottish votes to win elections, but the SNP surge made it impossible for Ed Miliband or Jeremy Corbyn to win a majority at Westminster and several Labour strategists believe the party cannot win back power unless it can regain dominance in Scotland.