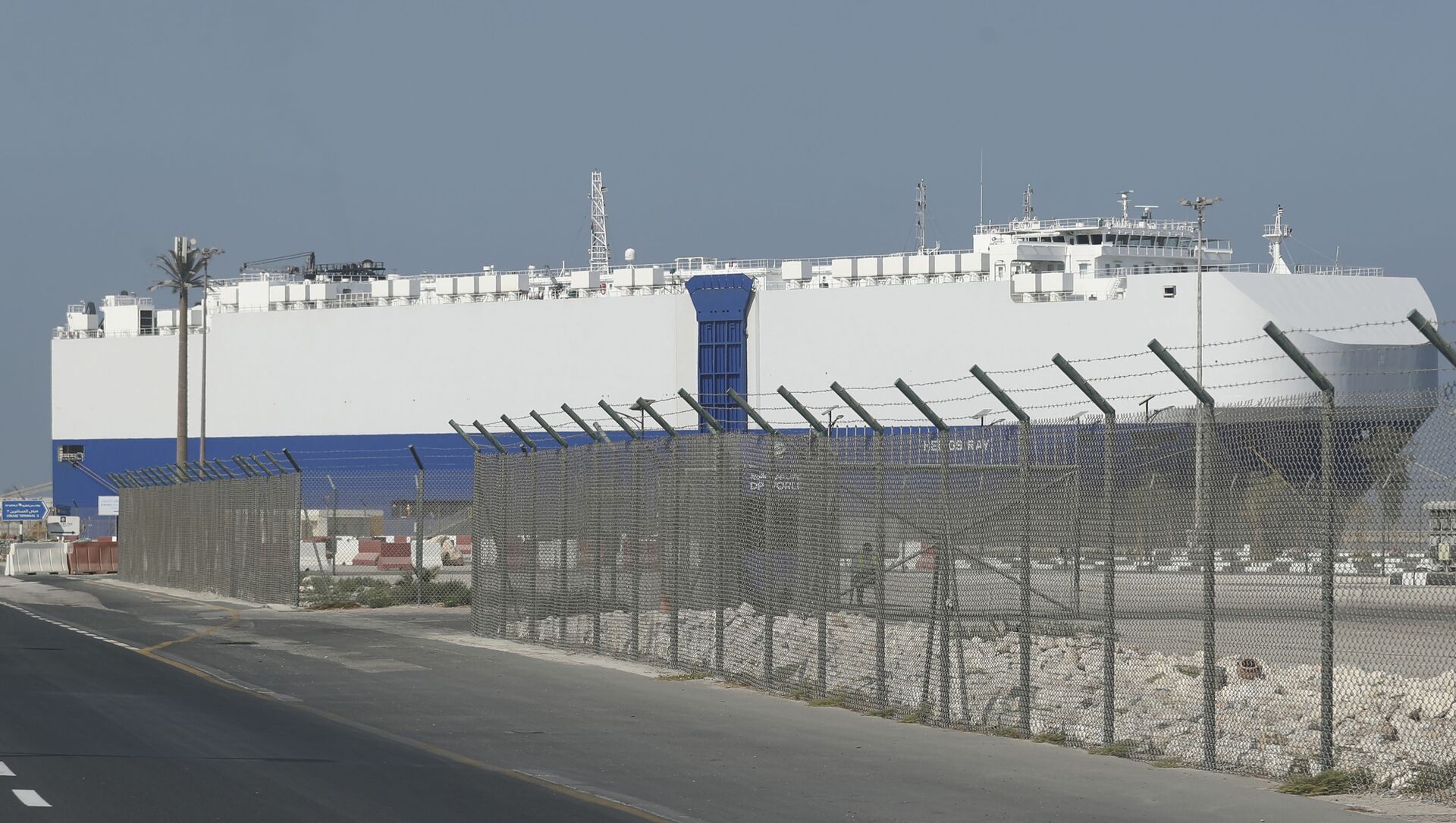 Oleg Burunov
All materialsWrite to the author
On Thursday, United Kingdom Maritime Trade Operations (UKMTO) reported, without providing further details, that a cargo ship had been hit by an explosion in the Gulf of Oman at 20:40 GMT.

Israeli Prime Minister Benjamin Netanyahu has pointed the finger at Iran for Thursday's explosion on board an Israeli-owned cargo ship in the Gulf of Oman.

He spoke a day after Israeli Defence Minister Benny Gantz asserted that Iran could be responsible for the explosion, which caused several holes in the port and starboard sides of the Bahamian-flagged ship. The latter was subsequently identified as the MV Helios Ray. The blast did not disable the vessel or cause casualties, but prodded the vessel to anchor in Dubai for repairs on Saturday.

#Oman:-An Israeli-owned ship, the MV HELIOS RAY, was hit by an explosion in the Gulf of Oman overnight Thursday and a US defence official said the blast left holes in both sides of the vessel's hull. The cause was not immediately clear. pic.twitter.com/MlLMoHYmPt

This was preceded by the maritime risk-management firm Dryad Global tweeting on Friday that the blast could possibly stem from “asymmetric activity by the Iranian military”. Tehran has not commented on the matter yet.

Dryad Global also claimed that the explosion took place as the vessel with 28 crew members on board was about 44 nautical miles (50 miles) from Oman's capital Muscat.

The developments come amid ongoing tensions between Tehran and Israel’s ally, the US. Relations between the two have been strained since then-President Donald Trump announced Washington’s unilateral exit from the 2015 Iran nuclear deal, also known as the Joint Comprehensive Plan of Action (JCPOA), in May 2018, and the reinstatement of strict economic sanctions against the Islamic Republic.

Exactly a year later, Tehran announced that it had started scaling down some of its JCPOA obligations, including those related to uranium enrichment.

Iran Warns Israel Against Crossing Red Line Amid Reports of Sub Deployment to Persian Gulf
As far as Israel and Iran are concerned, relations between the two sides remain frozen, with Tehran denying the Jewish state's right to exist and frequently pledging to destroy it.

Israel, in turn, accuses Iran of trying to obtain a nuclear weapon and seeking to boost its military presence in Syria. Tehran insists that there are only Iranian military advisers in the Arab country to help Damascus tackle terrorist groups.