What Economic Challenges May Hamper Sunak's Financial Roadmap for UK 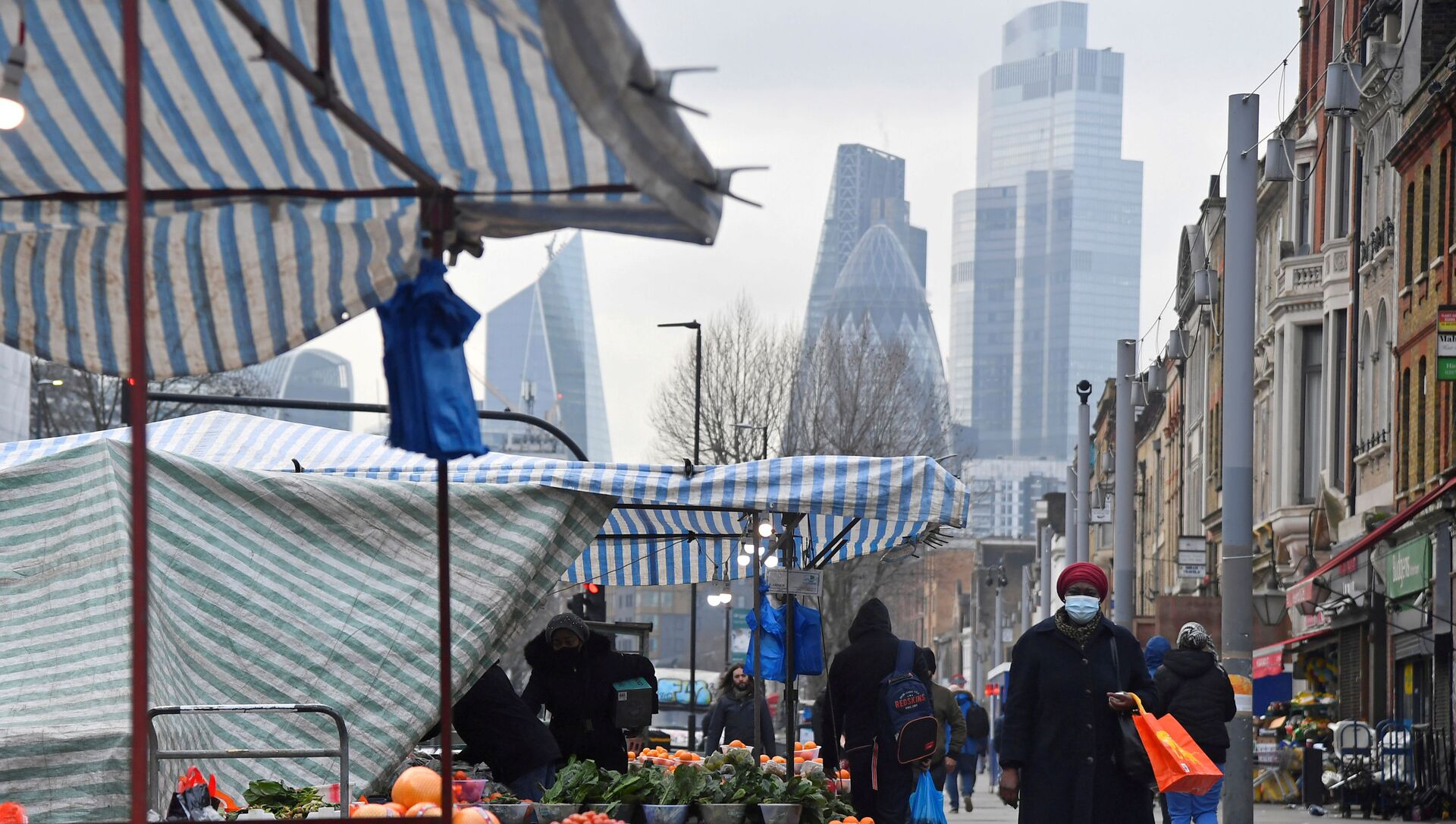 Oleg Burunov
All materialsWrite to the author
Earlier this month, the UK Treasury confirmed that Britain's next budget would "set out the next phase of the plan to tackle the virus and protect jobs" amid the ongoing COVID-19 pandemic.

On 3 March, UK Chancellor Rishi Sunak will deliver the details of the country's spring budget in a keynote address to MPs in the House of Commons. With the chancellor set to outline sort of a financial roadmap for the coronavirus-hit nation, here's a brief insight into the economic challenges Sunak may face.

The UK's national debt has hit its highest level since the early 1960s as the coronavirus pandemic continues to ride roughshod over incomes and prod the government to increase spending.

National debt refers to the total amount of the government borrowing with respect to its lenders. The figure has already increased to a whopping £270.6 billion ($376.8 billion), which is £222 billion ($309.1 billion) more than a year ago, the Office for National Statistics (ONS) reported. 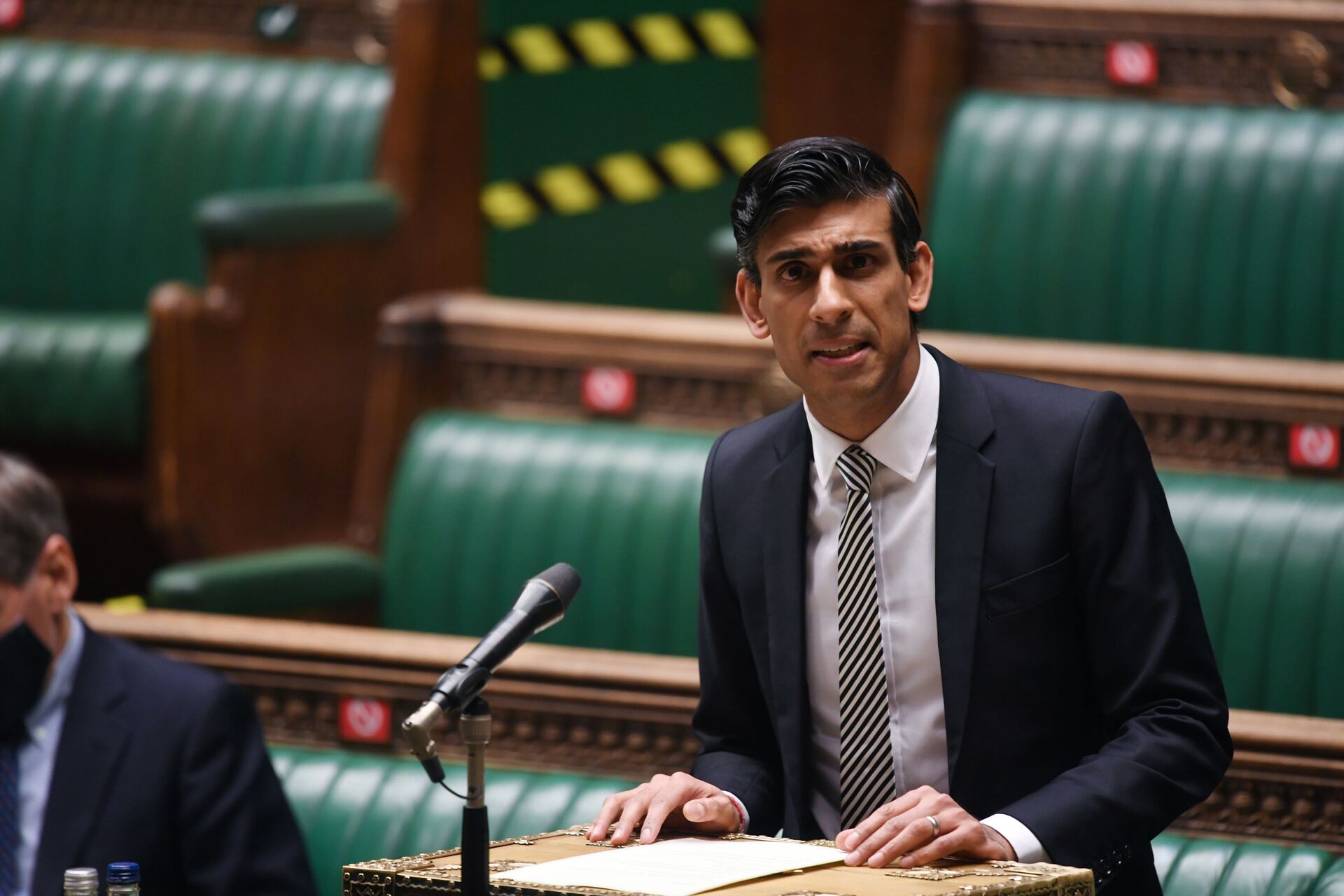 The independent Office for Budget Responsibility (OBR), in turn, predicts that the country's national debt could soar to £393.5 billion ($547.9 billion) by the end of the financial year in March. If the forecast comes true, the figure would be the highest of any year since World War II.

November's report by the Office for National Statistics (ONS) said that the pandemic has had a substantial impact on public sector borrowing, which skyrocketed to a level not seen in the last 60 years.

Sunak said at the time that the COVID-19-related restrictions taken in the UK to curtail the spread of the disease had impeded economic growth which had already begun to slow since the beginning of autumn.

Late last month, the ONS revealed that about 1.72 million workers are currently jobless in the UK as the nation's unemployment rate soared to 5% in the three months to November, its highest level in over four years. 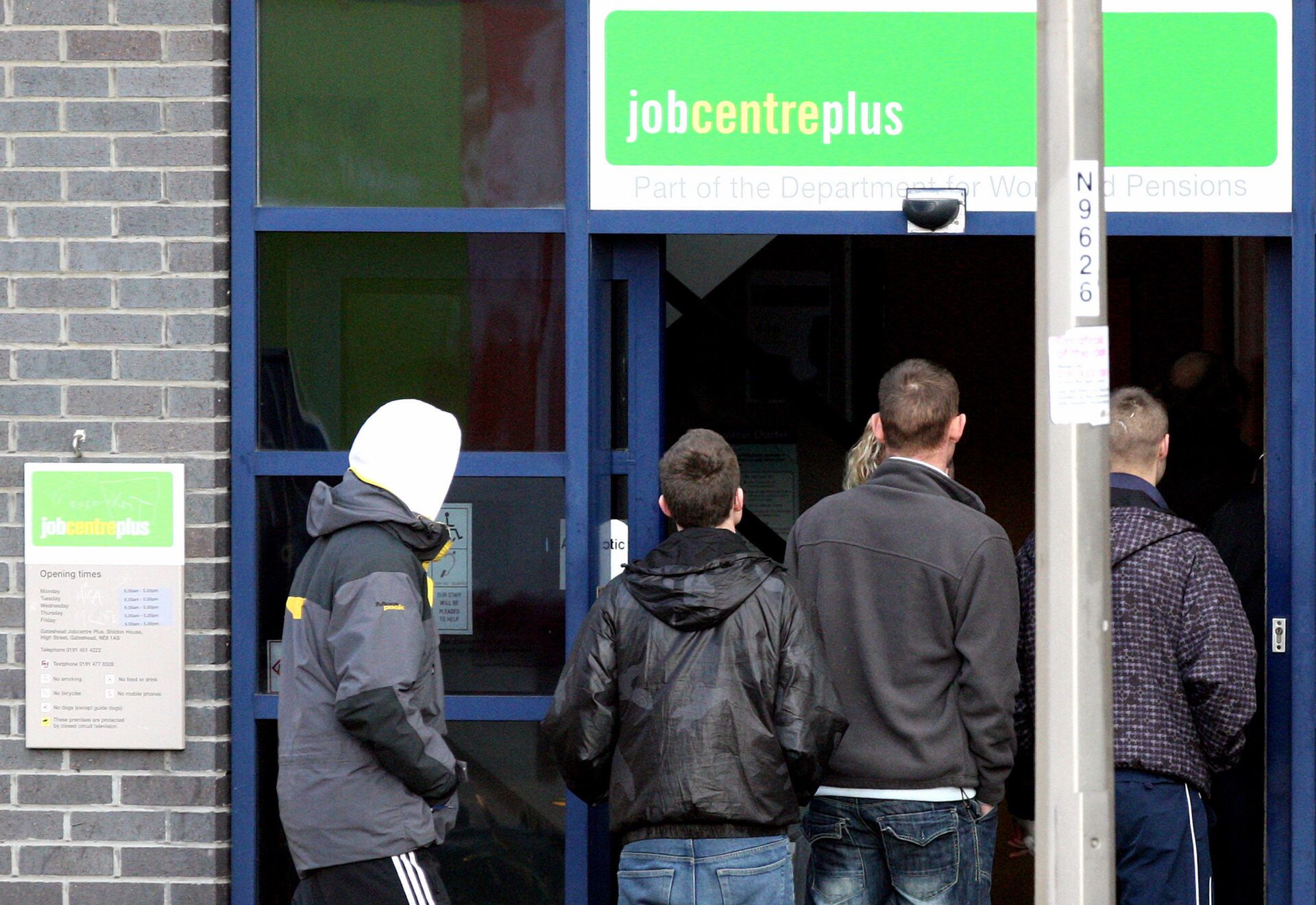 People are seen queuing outside the Jobcentre plus at Gateshead, England (File)
© AP Photo / SCOTT HEPPELL

The figure soared to its highest point since early 2016 after another 202,000 people lost their jobs during the said period, while the redundancy rate reached a record high of 14.2 per thousand.

ONS Deputy Chief Executive Sam Beckett told the BBC that "payroll numbers show the number of workers on payroll have fallen by over 828,000 since the [COVID-19] pandemic began" last year.

She argued the fact the government "has currently got over 4.5 million people on the furlough scheme […] does complicate the picture when you're trying to interpret what's going on in the labour market" in Britain.

The Bank of England, for its part, warned that if the government fails to extend the job support schemes, the unemployment rate may increase to 7.75% this summer.

The number of those involved in full-time work in Britain has increased amid the COVID-19 pandemic, which was not the case with those in part-time jobs or self-employed individuals.

Sunak is facing calls to change schemes, including the self-employed income support scheme (SEISS) to shore up millions of part-time workers in the UK who were excluded from the furlough.

The think tank Resolution Foundation argued in a report that at least 2.3 million British self-employed workers are not covered by SEISS.

A separate study by Mettle, the NatWest-backed business account, claimed self-employed individuals may contribute an estimated £125 billion ($174 billion) to the UK's economic recovery in 2021.

The number of self-employed workers in Britain currently amounts to about 5 million, making up 15% of the UK's workforce.

Chancellor Rishi Sunak Reportedly Mulling £200 Tax Hike on UK's Self-Employed to Foot Pandemic Bills
A recent poll by Savanta ComRes, a market research consultancy headquartered in London, has, meanwhile, showed that at least 55% of respondents support the UK chancellor's expected plan to increase the main rate of corporation tax for the first time since 1973.

The survey also revealed that another 55% signalled their support for the introduction of a "wealth tax" on property or assets. Some 18% opposed the idea. The poll came after reports emerged that during the 3 March speech on the country's budget, Sunak will pledge a £5 billion ($6.9 billion) backing to pubs, restaurants, shops, and other businesses hit by the pandemic so that they can reopen after the third national lockdown is eased.