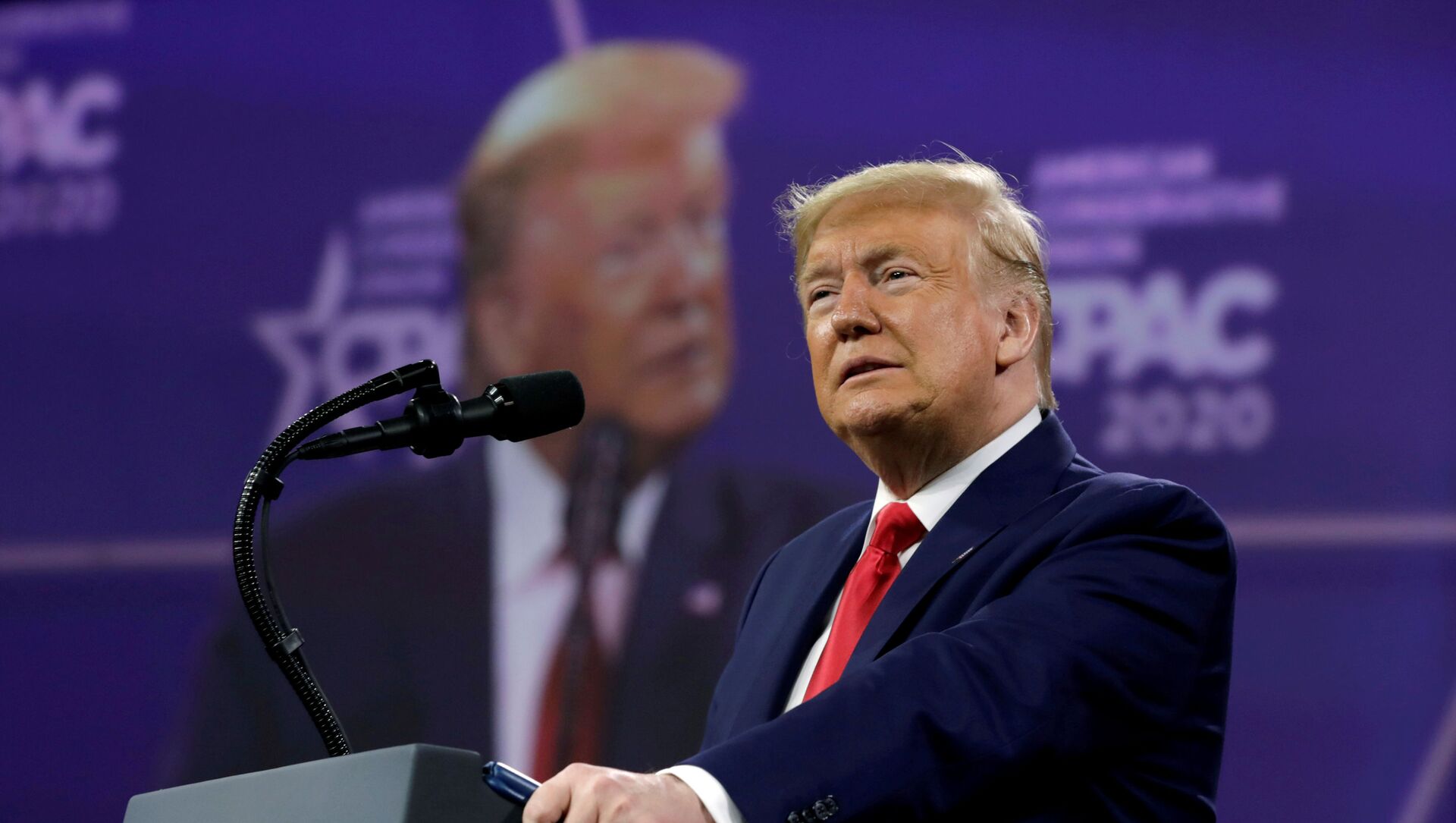 WASHINGTON, (Sputnik) - Former US President Donald Trump in a first public appearance since leaving the White House will address on Sunday a major conservative gathering to herald his return to the American political arena.

Trump is expected to try and reassert control of the Republican Party ahead of the 2022 mid-term elections, take aim at his successor Joe Biden’s policies and shed light on expectations he may run for president in 2024.

Trump is a keynote speaker at the Conservative Political Action Committee (CPAC) annual forum, which is held in his new home state of Florida by the American Conservative Union. This year, the theme of the gathering is "Uncanceled" - a reference to attempts by Democrats to ostracize Trump and his followers.

Trump is likely to attack Biden for easing immigration restrictions and retracting government support for the oil and gas industries, returning the United States to the Paris Climate Accord and the World Health Organization, trying to revive the 2015 nuclear agreement with Iran and abandoning a hard line position toward China.

With an eye on the 2022 mid-terms, Trump is expected to embrace his supporters and go against those who chose not to assist or went against his claims and efforts to prove the 2020 election was stolen or turned against him during the second impeachment trial. Tellingly absent on the CPAC speakers list are Trump’s Vice President Mike Pence, the Senate Minority Leader Mitch McConnell and former US Ambassador to the United Nations Nikki Haley.

'They Also Paid For It': Golden Trump Statue Made in Mexico, Artist Says
During the Republicans’ show of force in Orlando, Trump will be accompanied by dozens of lawmakers, including the US House Minority Leader Kevin McCarthy, governors, celebrities and retired officials like former Secretary of State Mike Pompeo, White House Economic Adviser Larry Kudlow and former US Ambassador to Israel David Friedman.

Reports have pushed the idea that Trump may establish his own party and run for president in 2024 on its behalf if he is unsuccessful in quenching the dissent among Republicans.

Trump has not appeared in public since leaving the White House to reside in his Florida Mar-a-Lago estate on January 20. However, the former president is re-emerging as a major political player after being acquitted in the impeachment trial when the Senate acquitted him over the charge if inciting insurrection during the unrest at the US Capitol on January 6.