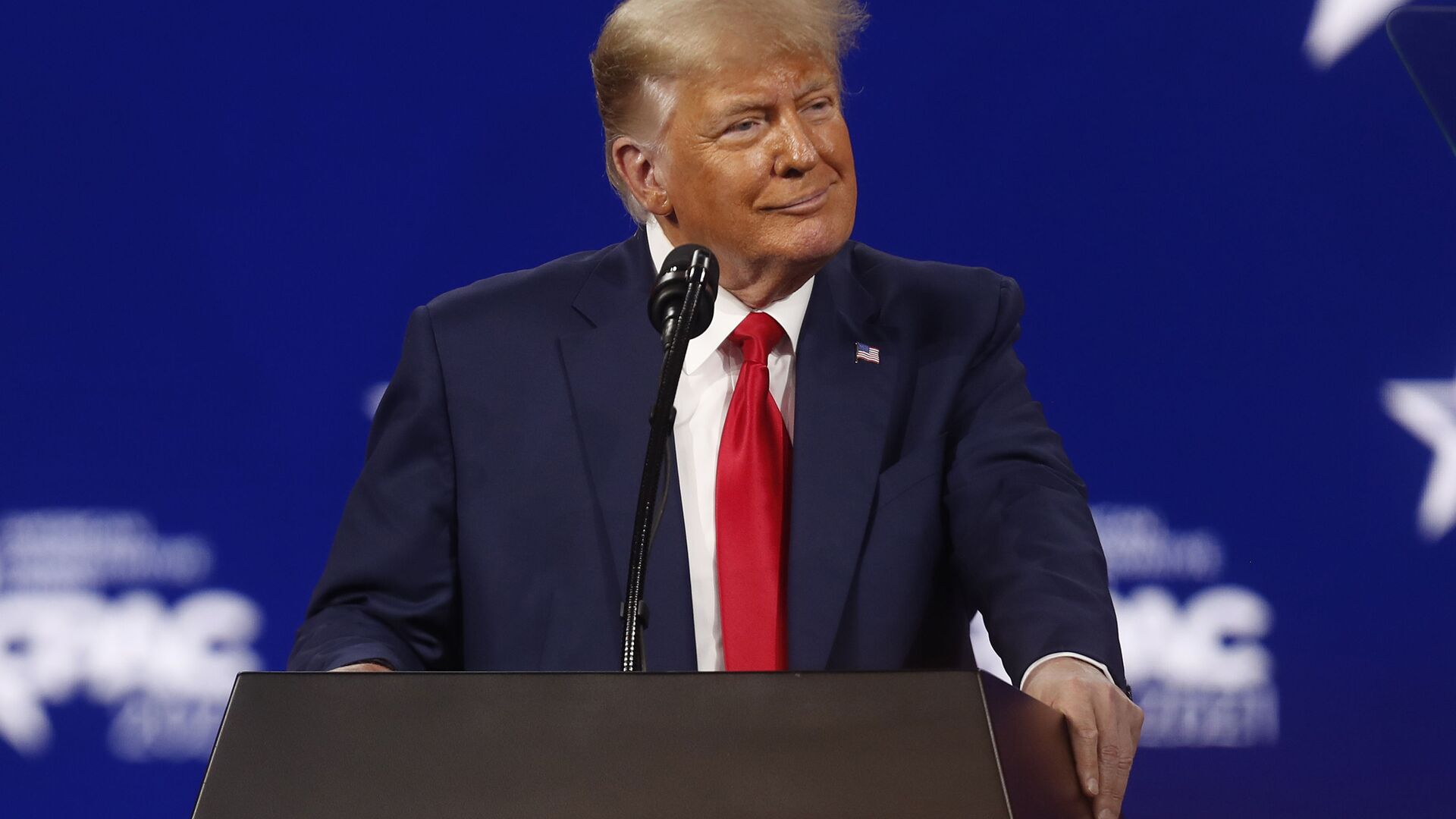 Daria Bedenko
All materialsWrite to the author
The former US president, who has continued to denounce the 2020 elections as "rigged", headlined the Conservative Political Action Conference (CPAC) event in Orlando this evening with remarks covering a range of topics familiar to fans and foes alike.

In his CPAC speech on Sunday, ex-US President Donald Trump dropped hints that he might join the 2024 presidential race, quipping that he could "beat them for the third time", referring to his 2016 election victory and the outcome of the 2020 race, which he continues to assert that he won.

"For the next four years the brave Republicans in this room will be at the heart of the effort to oppose the radical Democrats, the fake news media … and I want you to know that I'm going to continue to fight right by your side", Trump remarked.

Trump stressed that "we are not starting new parties", refuting earlier reports that he could form a new "Patriot Party".

"I am not starting a new party", Trump stated at the Sunday convention, adding instead that "we will do what we've done right from the beginning, which is to win".

After observers pointed that the GOP is divided over the role Trump could play in the future, it was argued that even if a party was formed, the odds of it receiving a majority of votes in an election would be minimal.

'They Just Lost the White House'

The former president suggested that it was possible for the Democrats to lose the White House four years from now and repeated his unproven allegations of election fraud.

"[US President Joe] Biden has failed in his number one duty as chief executive enforcing America's laws. This alone should be reason enough for Democrats to suffer withering losses in the midterms and to lose the White House decisively four years from now", Trump offered. "Actually, you know, they just lost the White House".

As mainstream US media moved to project Joe Biden's victory in the 2020 election, Trump, without evidence, lambasted the presidential race as "rigged", alleging that massive "voter fraud" had stolen the victory from him.

The Trump team filed dozens of unsuccessful lawsuits to challenge the election results, demanding that the votes in swing states be recounted. The attempts bore no fruit, however, and US President Joe Biden was sworn in on 20 January. 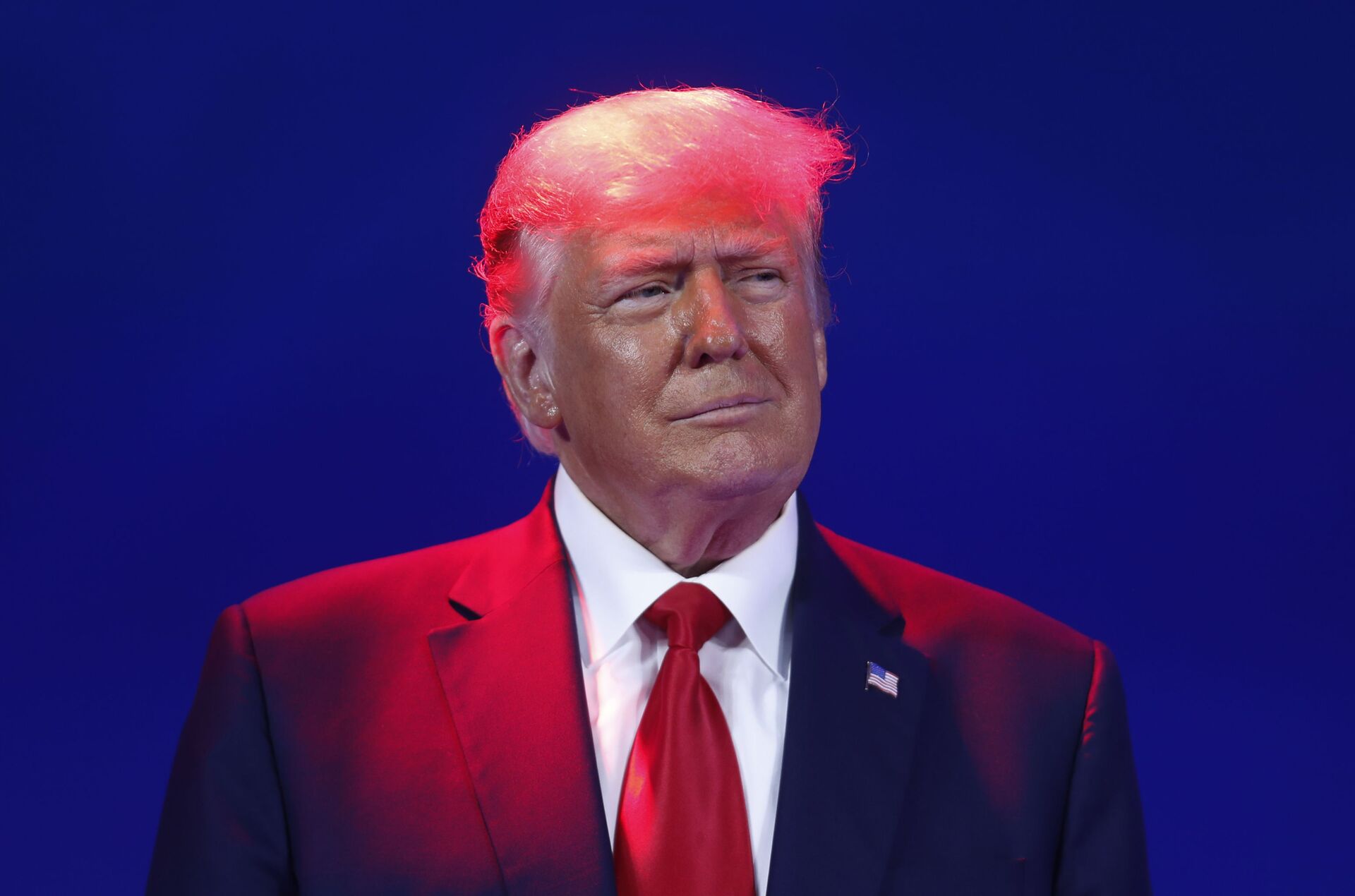 During his speech, Trump also suggested that election reform must be conducted "now" so as to prevent a repeat of what he stated were the "abuses of the 2020 election".

"We can never let this or other abuses of the 2020 election be repeated or happen again...We need election integrity and election reform immediately", Trump intoned, adding that, "Republicans should be the party of honest elections".

The changes Trump suggested to reform the election system included the elimination of early voting, a drastic restriction in the long-standing US practice of mail-in voting, the introduction of voter IDs, and confirmation of citizenship of voters.

Trump's criticism of Democrats targeted Biden, dubbing the first month of the new administration as "disastrous".

"Already the Biden administration has proven that they are anti-jobs, anti-family, anti-borders, anti-energy, anti-women, and anti-science", Trump claimed, adding "In just one short month we have gone from 'America First' to 'America Last'".

Trump commented again, as he often did during his administration, that an emerging border crisis in the US was imminent, and criticised Biden's immigration policies, calling them a betrayal of America's core values.

"We are in a struggle for the survival of America as we know it...", Trump declaimed, adding, "The path ahead will not be easy but we will win… Ultimately, we always win".

The Biden administration, as with every US administration, experiences a wave of immigrants seeking to move to the United States in search of a better life. Trump also complained that the Democratic president had halted Trump's pet project of a border wall with Mexico.

The one-term president also denounced other Biden policies, criticising the latter's decision to re-join the Paris Climate Agreement and claiming that under the new administration the US will become more dependent on imported oil.

He also touched upon one of the main topics of the conference, so-called "cancel culture", saying that Republicans and his supporters "embrace free thought" and "stand up to political correctness".

The speech, which lasted over an hour, marked Trump's first public appearance since he left the White House. Rejecting US tradition, the former president refused to concede defeat and refused to attend the 20 January presidential inauguration, instead leaving for his private Florida resort early that morning.