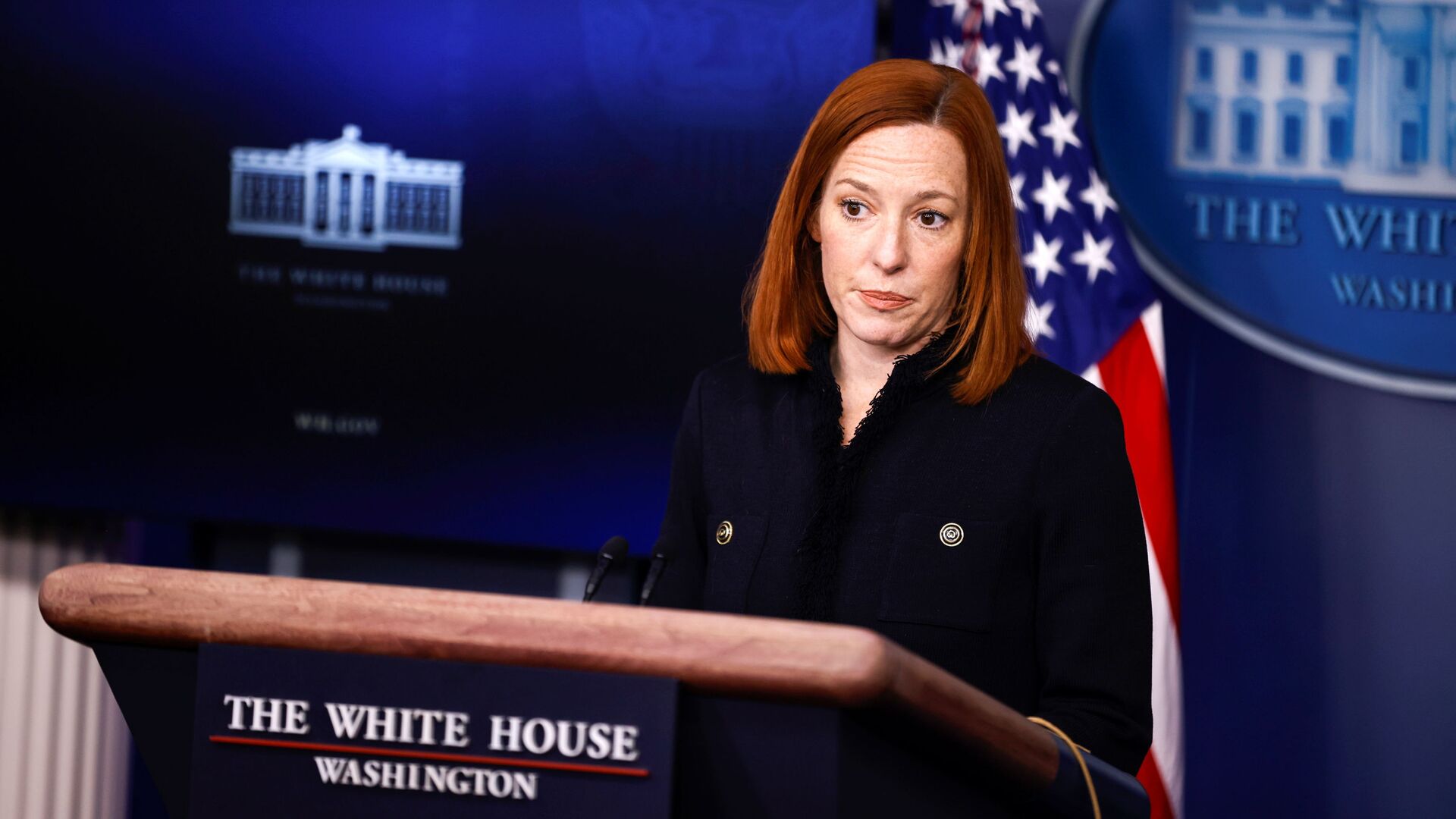 Tim Korso
All materials
Washington earlier published an intelligence report by the Office of the Director of National Intelligence (ODNI) claiming that Saudi Crown Prince Mohammed bin Salman had "approved" the operation that resulted in the murder of journalist Jamal Khashoggi in 2018. Riyadh has strongly rejected the findings of the report.

White House Press Secretary Jen Psaki has stated in an interview with CNN that there are methods more effective than sanctions for the US to implement against Saudi Crown Prince Mohammed bin Salman.

"We believe there is more effective ways to make sure this doesn't happen again and to also be able to leave room to work with the Saudis on areas where there is mutual agreement, where there is national interests for the US. That is what diplomacy looks like", the spokeswoman said.

Psaki insisted that the US still intends to hold Saudi Arabia accountable for the alleged involvement of the crown prince in Khashoggi's death, including direct action, but did not delve into details of how that would be achieved.

The White House spokeswoman's statements come in the wake of President Joe Biden announcing that the US response towards Saudi Arabia in relation to Khashoggi's murder would be announced on 27 February and 1 March. POTUS vowed to hold the Saudis accountable "for human rights abuses" and promised that Riyadh would have to address the issue if it wishes to continue working with Washington.

The US promise to hold Saudi Arabia accountable follows the publication of the Office of the Director of National Intelligence's (ODNI) assessment of the death of Saudi-born journalist Jamal Khashoggi, who routinely criticised the kingdom’s government. The report claimed that according to its assessment, Saudi Crown Prince Mohammed bin Salman had "approved" the operation in Saudi Arabia’s Istanbul consulate, where Khashoggi was murdered in October 2018. Riyadh has strongly denied the allegations made in the intelligence report.

"It is truly unfortunate that this report, with its unjustified and inaccurate conclusions, is issued while the kingdom had clearly denounced this heinous crime, and the kingdom’s leadership took the necessary steps to ensure that such a tragedy never takes place again", the Saudi foreign ministry said.

The ODNI's paper based its "assessment" on the presumption that the crown prince had absolute control over decision-making in the kingdom, as well as on the fact that members of his personal security detail and one of his key advisers were involved in the murder of the journalist. The US intelligence agency claims that Mohammed bin Salman had approved the capture or killing of Khashoggi, but at the same time admits that it is unaware whether the hitmen knew from the start that the journalist would die as a result of the operation.

Khashoggi's disappearance and subsequently confirmed murder was blamed on Saudi authorities from the start due to his staunch opposition to them. Riyadh conducted its own investigation into the matter and determined that a group of rogue operatives had planned, orchestrated, and executed the operation to kill the journalist. A Saudi court sentenced five of the country's citizens involved in the murder to the death penalty, later changing this to 20-year prison terms, while giving 7 to 10 years in prison to those who tried to conceal the fact that such an operation had taken place.