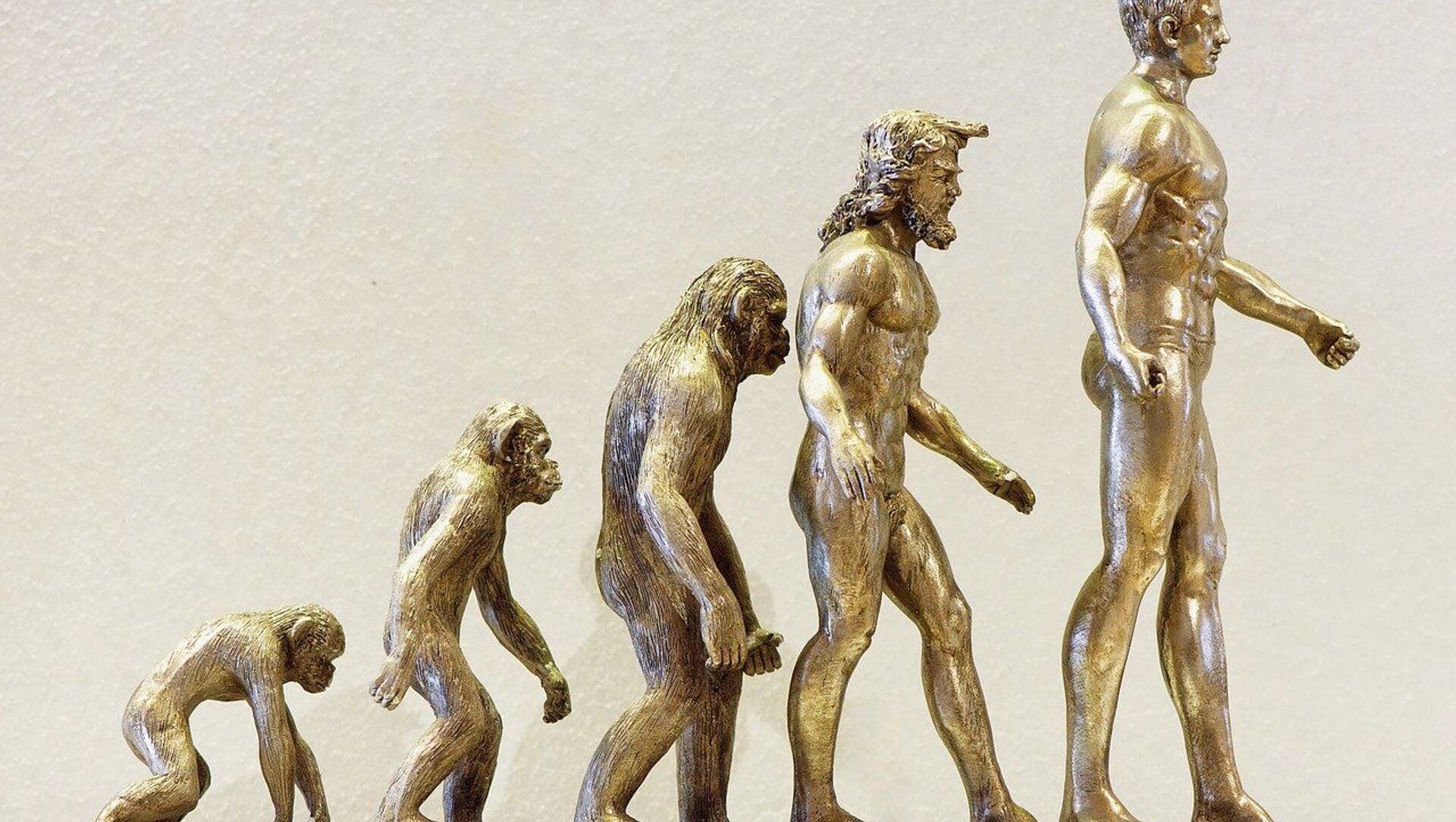 CC0 / /
Subscribe
Lilia Dergacheva
All materialsWrite to the author
The discovery centres around an intriguing correlation between the decline in of the average weight of African animals, subsequent the extinction of megafauna and the development of the human brain.

As the large, slow-to-reproduce animals that humans had once fed on declined in numbers and went extinct, people were forced to resort to smaller species that tended to flee to avoid predation, according to a new theory of human evolution proposed by researchers Miki Ben-Dor and Prof. Ran Barkai of Tel Aviv University in a paper published in the journal Quaternary.

In order to catch them for food, they said, humans faced the necessity to become smarter, nimbler, and faster, with the brain thus constantly evolving.

This is why the ideas proposed by Ben-Dor and Barkai – that we “ate” our way to our present-day smartness, fitness, and cultural and behavioural state – underpin mankind’s physiological, psychological, and cultural evolution, the study suggests.

In Africa, Europe, and Israel as well, the researchers took note of a significant decline in the prevalence of animals weighing over 200 kilograms, and found that the process is directly linked to an increase in the volume of the human brain.

Ben-Dor and Barkai thus came to believe that a decline in the availability of large prey seems to have been a key element in the natural selection from Homo erectus, which inhabited Africa before expanding to Eurasia about two million years ago, onward.

Indeed, catching an elephant is more efficient than catching 1,000 rabbits, but if there is a goal to catch 1,000 rabbits, hunters would have to demonstrate more cunning, planning, and make use of more sophisticated tools (something that pertains to cultural evolution in archaeology) to achieve it.

Hunting could have also been a key factor in the emergence of complex language, another stunning human characteristic – something the evolution of the brain carried with it.

Yet as the hunter-gathering lifestyle gave way to permanent settlement, our brain went down in size, the scientists noted.

“Why does any of this matter?” Ben-Dor queried, going on to speculate on how chaotic evolution in actual fact is.

“People think humans reached this condition because it was ‘meant to be’. But in the Earth’s 4.5 billion years, there have been billions of species. They rose and fell. What’s the probability that we would take over the world? It’s an accident of nature”, the researcher told Haaretz, continuing on to explain how humans' need for more fat led to some species’ extinction and simultaneously to the growth of the human brain.

“A non-carnivore entered the niche of carnivore, and ate out its niche. We can’t eat that much protein: we need fat too. Because we needed the fat, we began with the big animals. We hunted the prime adult animals which have more fat than the kiddies and the old. We wiped out the prime adults who were crucial to survival of species. Because of our need for fat, we wiped out the animals we depended on. And this required us to keep getting smarter and smarter, and thus we took over the world”, Ben-Dor commented at length.