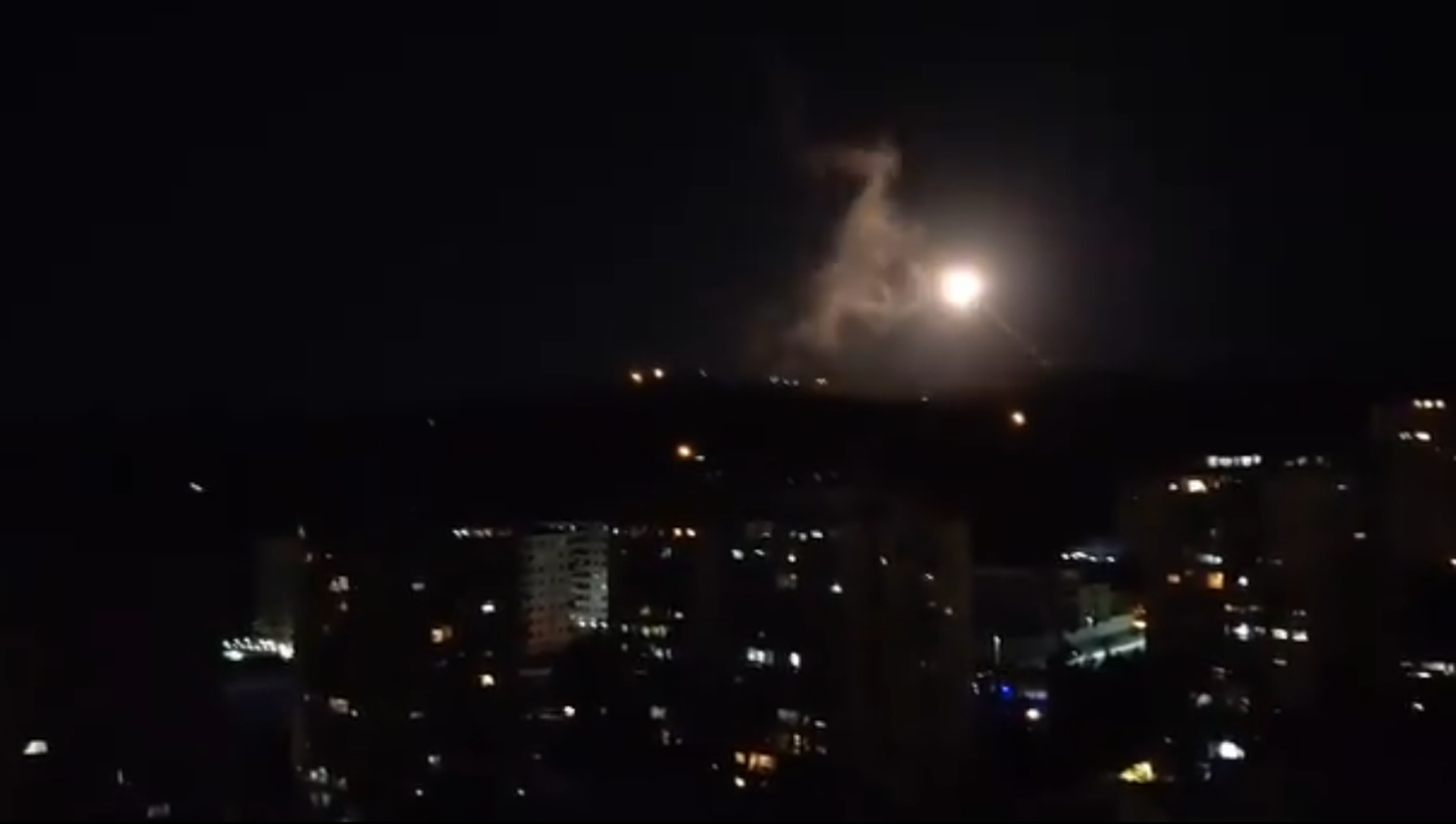 Daria Bedenko
All materialsWrite to the author
Damascus attributes the frequent missile attacks that Syria faces to Tel Aviv. Israeli military operations are targeting what is claimed to be Iranian-backed militia groups operating within the country.

On Sunday, Syrian air defense systems responded to what is believed to be "Israeli aggression", intercepting a number of "enemy missiles", the Syrian state-run news agency SANA reported, citing a military source.

According to SANA, the "air aggression" occurred on Sunday at 10:16 p.m., local time (20:53 GMT), with the airstrike launched from the Golan heights "aimed at targets in the vicinity of Damascus".

SANA tweeted footage of the attack.

The Israeli broadcaster Kan reported that the attack is attributed to Israel and was believed to have been conducted in "response to an explosion on a ship caused by Iran", sharing a video allegedly showing the moment of the airstrike.

​Other videos allegedly filmed on site were shared in social media.

​Earlier in the week, a British cargo ship, said to be Israeli-owned, suffered a blast in the Gulf of Oman. The incident was attributed to Iran by the Israeli Defense Minister Benny Gantz.

"Iran is looking to hit Israeli infrastructure and Israeli citizens. The location of the ship in relative close proximity to Iran raises the notion, the assessment, that it is the Iranians", he said.

There was no comment from Tehran with regard to the allegations.

Rocket attacks are frequently reported in Syria, with Damascus often attributing them to Israel. Tel Aviv, while rarely commenting on the attacks, claims it targets are what it believes to be Iranian-backed militia operating within the country.