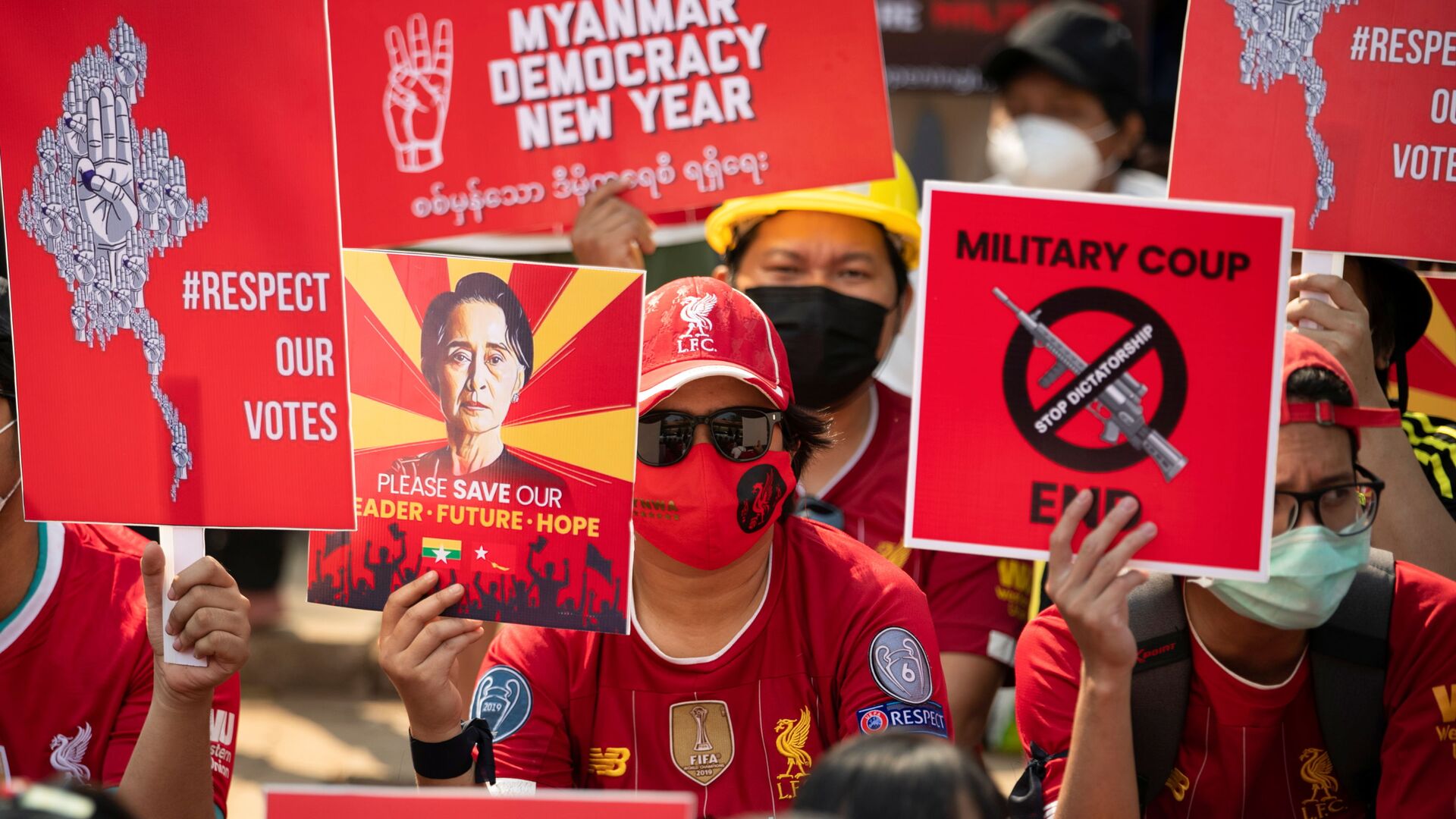 Max Gorbachev
All materialsWrite to the author
The development comes two days after the country’s ambassador to the United Nations urged the international community to end the military rule in the country. In an emotional speech, Kyaw Moe Tun also called on countries not to cooperate with the military leaders that came to power following a coup earlier this month.

Allies of Myanmar’s ousted leader Aung San Suu Kyi will form an "interim government" that will rival the Min Aung Hlaing, who seized power in a military coup, the Financial Times reported, citing a local official. Sa Sa, who was appointed earlier this week as the envoy of Myanmar’s disbanded parliament, told the newspaper about the plans during a video interview.

The official revealed that MPs who managed to avoid arrest are ready to take risks and set up a temporary government inside the country for "the sake of the people of Myanmar".

"We will be working very closely with the international community, and work with China and India. It’s better for them to have a stable neighbour than an unstable one", Sa Sa said.

What Happened in Myanmar?

After receiving independence from Britain in 1948, the country was under military rule for decades. However, democratic reforms paved the way for a general election in 2015, which was won by opposition leader Aung San Suu Kyi.

In November 2020, the country held another general election and Aung San Suu Kyi’s party, the National League for Democracy (NLD), won in a landslide. For several months, the military-backed Union Solidarity and Development Party (USDP) claimed that there had been widespread voter fraud. The election commission, however, dismissed the allegations.

On 1 February, the military seized power in the country and declared a year-long state of emergency. Aung San Suu Kyi, President Win Myint, as well as senior leaders of the NLD were arrested.

The coup triggered nationwide protests, with demonstrators occasionally clashing police and pro-military supporters. At least three protesters and a policeman died during the clashes. According to the monitoring group Assistance Association for Political Prisoners, 700 people have been arrested since the military seized power.