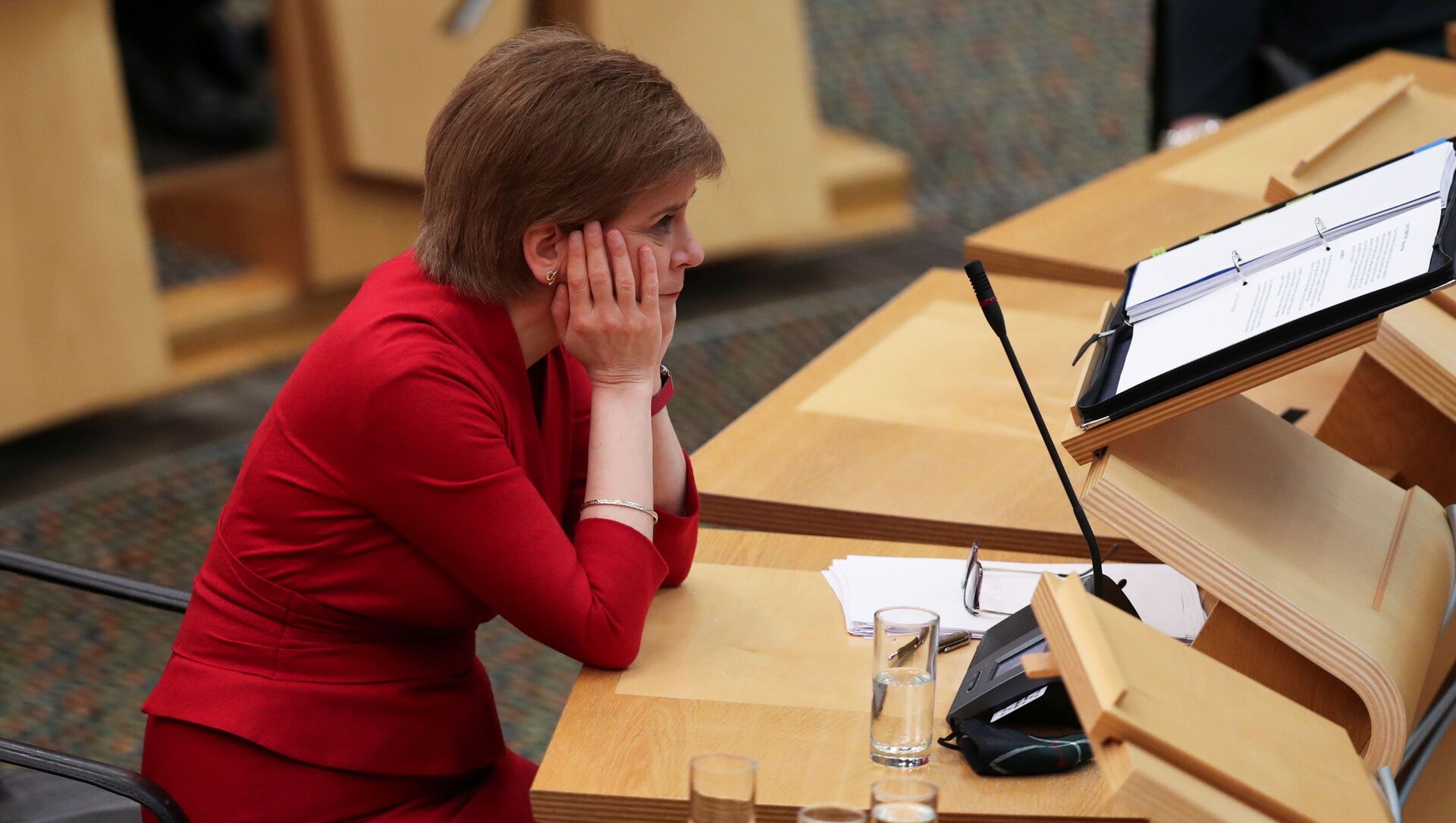 James Tweedie
All materialsWrite to the author
In his six-hour testimony to a parliamentary inquiry on Friday, former Scottish first minister and SNP leader Alex Salmond meticulously set out his case that his successor Nicola Sturgeon broke the Ministerial Code during the two-year campaign to accuse and convict him of sexual misconduct.

Scottish First Minister Nicola Sturgeon could be forced to resign within "weeks", the leader of the main opposition party in Holyrood has said.

Scottish Conservatives leader Douglas Ross said previous first ministers have had to resign for far less serious misconduct than that alleged by former First Minister Alex Salmond against his successor on Friday.

“We have lost first ministers through resignations here in Scotland for far less than what Nicola Sturgeon has been accused of,” Ross said.

In his marathon six-hour testimony to the Scottish parliamentary inquiry chaired by SNP MSP Linda Fabiani, former SNP leader Salmond laid out his case that Sturgeon and other government figures had conspired to ruin his reputation with since-disproven sexual misconduct claims "even to the extent of having me imprisoned."

He again laid out how the first minister had breached the Ministerial Code by failing to tell Parliament of a March 2018 meeting to discuss the allegations against him, and had wasted taxpayers' money on a probe into the claims after it was clear a judge would soon rule it out of order on grounds of "bias."

Asked whether Sturgeon would still ousted by Christmas, Ross replied: “I think there is a lot to come not just this year, but in the next few weeks that would really threaten her as the head of the SNP and as First Minister. And that’s before we even get into the election campaign.”

With elections to the Scottish Parliament just ten weeks off, opposition parties including the Tories and Scottish Labour — which announced Anas Sarwar as its sixth new leader in ten years on Saturday — will be hoping the scandal will stop the SNP from forming another coalition government with support from the Scottish Greens.

On Friday, ​former SNP Deputy Leader Jim Sillars publicly turned on Sturgeon, writing in the Daily Mail that he could no longer "my nose and vote for the party" in the May elections.

"The SNP today is a disgrace," Sillars charged. "Bit by bit, the public and those who invested trust in it as the head of a great movement that would take us to independence, are seeing the truth revealed."

"We have seen willing, in my view, to ruin a man's reputation by a leak to a newspaper; followed later by the most senior civil servant in the country declaring they had not lost 'the war' after a judicial review concluded the Government's handling of harassment claims against Mr Salmond were 'tainted by apparent bias'."

But Ian Blackford, leader of the SNP opposition group in the UK Parliament, backed Sturgeon's repeated insistence that she did not "believe" she had broken the code of conduct.

“She’s made it clear on a number of occasions that she does not believe she has broken the ministerial code,” he told BBC Radio 4's Today programme on Saturday morning.

“I believe that to be the case as well, this will be put to bed," Blackford said, while also appearing oblivious to Prime Minister Boris Johnson's latest dismissal of SNP demands for a repeat of 2014's independence referendum: “I and my party have full confidence in the First Minister leading us to that destination of Scotland becoming an independent country,” he claimed.