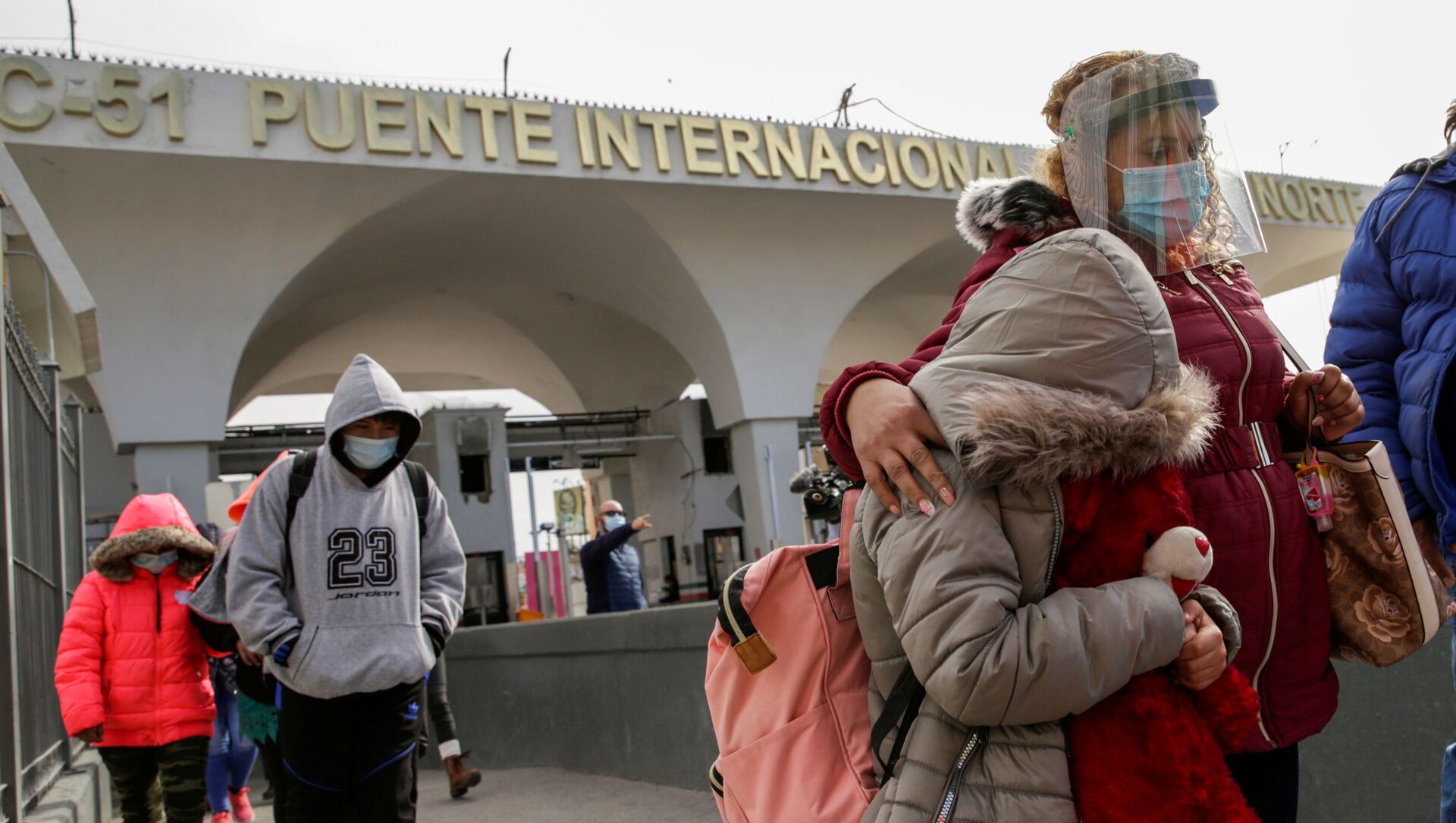 JUAREZ (Sputnik) - Several groups of asylum-seeking migrants were deported or turned away at the Paso Del Norte International Bridge between El Paso, Texas, and Juarez, Mexico, a Sputnik correspondent reported.

Most of the migrants seen on Friday afternoon appeared to be families, mostly women and children.

White House Press Secretary Jen Psaki has said that due to the pandemic and the administration not having time to put in place humane process for processing asylum-seeking migrants, "now is not the time to come and the vast majority of people will be turned away."

The United States began processing migrants February 19 at the port of entry between Tijuana, Mexico, and the US city of San Diego, California.

US Customs and Border Patrol (CBP) said it has seen a steady increase in border encounters since April 2020, which has caused some facilities to reach maximum safe holding capacity. CBP data shows that more than 70,000 migrants have been apprehended at the US-Mexico border each month from October to January.

Later on Friday, a group of 25 asylum-seeking migrants crossed into the United States at the Paso Del Norte International Bridge after being required to wait in Mexico under the now repealed Migrant Protection Protocols (MPP) program. They were the first to cross at this port of entry, which is one of the three entry points where MPP migrants will be processed in the United States.

About 25,000 asylum-seeking migrants have active cases under MPP and are eligible to cross into the United States to await their immigration hearings.