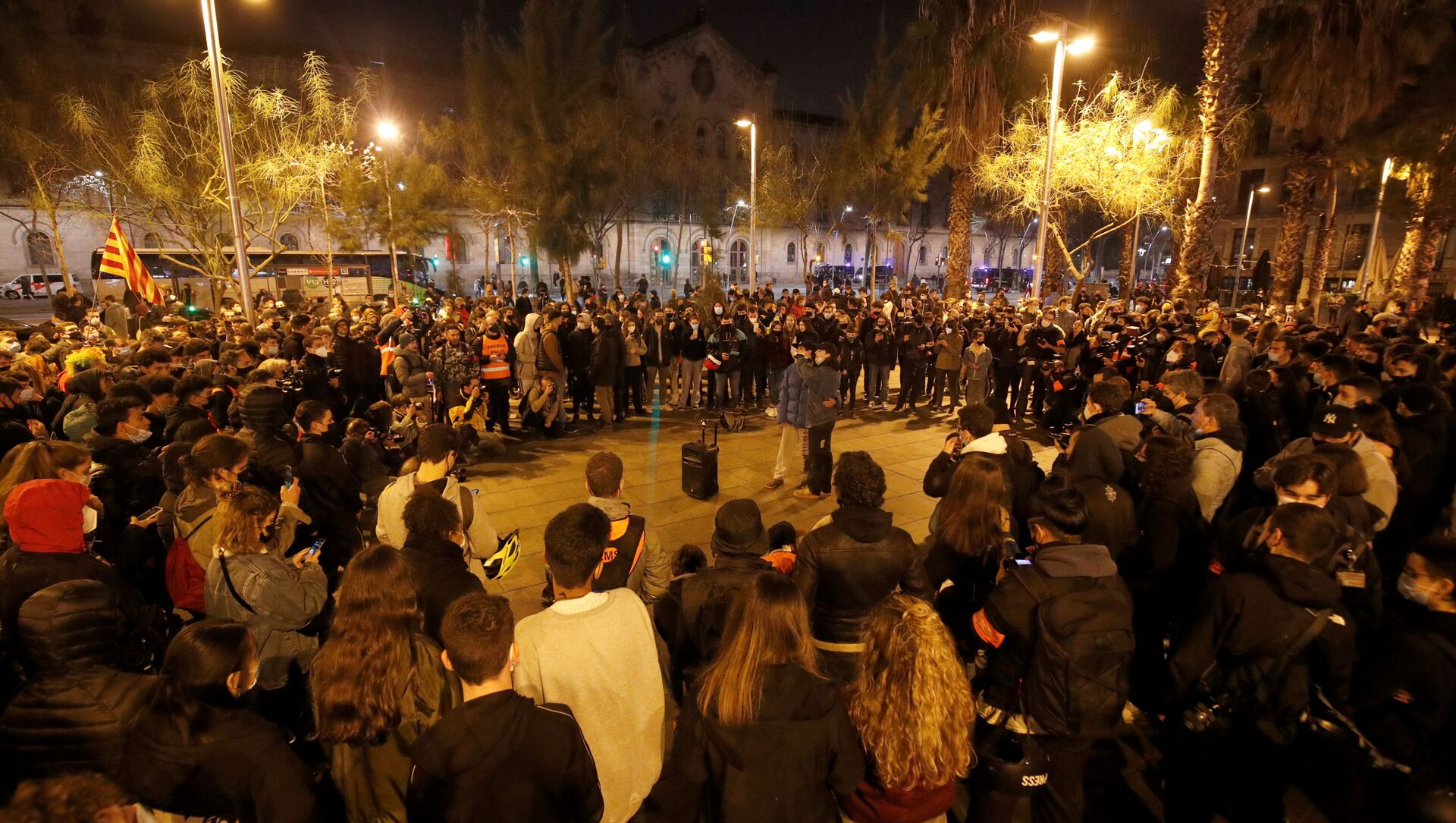 © REUTERS / ALBERT GEA
Subscribe
International
India
Africa
Last week, clashes between the police and protesters resulted in mass arrests and injuries of at least 11 people, three of whom were reportedly taken to hospital.

Sputnik is live from Barcelona in Catalonia, Spain as mass rallies over the arrest of rapper Pablo Hasel continue in the city

Catalan rapper Pablo Hasel was arrested earlier this month after refusing to voluntarily go to prison. He had previously been handed a nine-month jail term for "glorifying terrorism and insulting to the Crown and other state institutions, such as the security forces" in his songs and social media posts.