Let Them In! Professional Sport Can't Afford to Wait Until 17th May for Return of Spectators 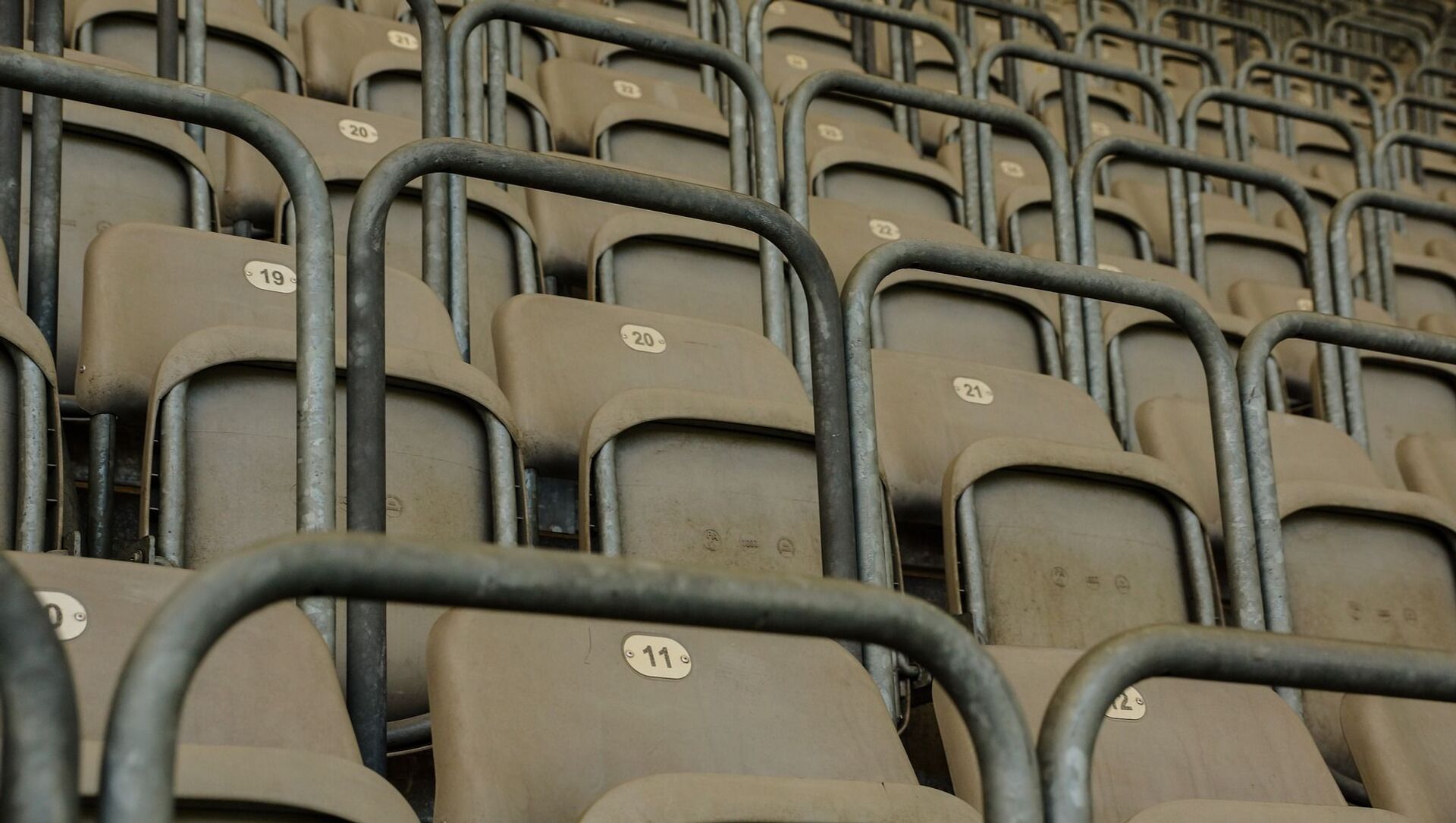 Neil Clark
All materials
Under Boris Johnson's "Road Map", the earliest paying spectators will be able to return to watch live professional sports events is 17th May, but why do we have to wait that long?

It was a road map. But one for tortoises. Last week the Prime Minister laid down his plans for the easing of the latest national lockdown - or rather told us how a lockdown that many thought would end in February would be extended still further.

For sports fans who can't wait to get back through the turnstiles to cheer on their teams or their favourite competitors, the long wait continues. May 17th is the earliest date on the road-map and that, needless to say, is subject to a number of caveats.

For football, 17th May is just one week before the end of the Premier League season. There "might" be a "pilot" event allowing for a small crowd at the League Cup final between Man City and Spurs on 25th April, but that is yet to be confirmed. And even if we do get crowds back from mid-May for the last round of EPL fixtures it'll only be for up to 10,000 people or 25% of seated capacity, whichever is the lower. 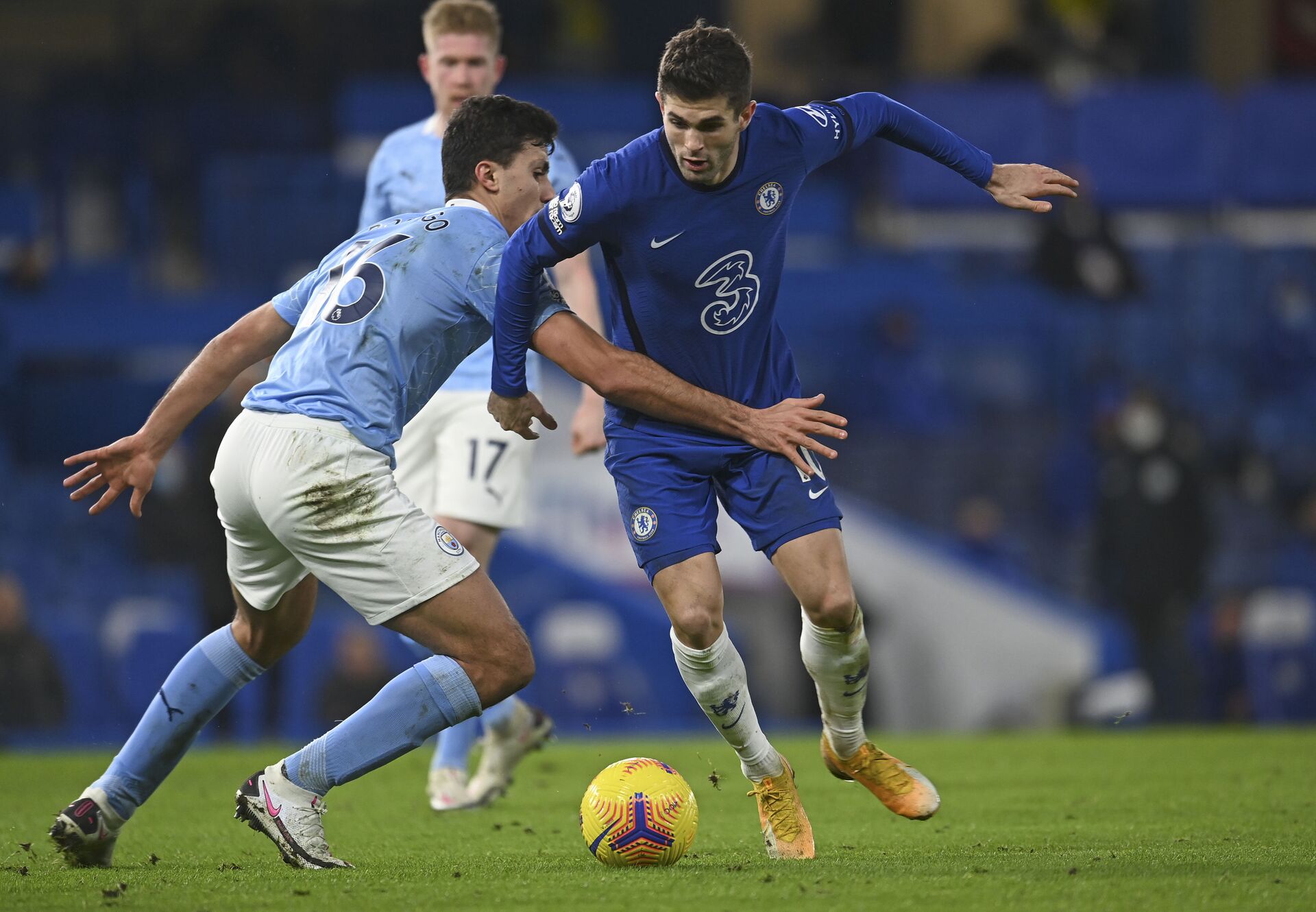 Apart from a short period in December, when a limited number of spectators were allowed in certain "tiers", this will mean that almost the entire 2020-1 football season (as well as the last quarter of the 2019-20 one), has been played "behind closed doors".

Horse-racing has taken a similar hit. As I detailed in an earlier column, last year’s Cheltenham National Hunt Festival was unfairly made the fall-guy for the rise in Covid cases, even though no credible evidence was ever produced that the four-day outdoor event in the Cotswolds was a "super spreader".

There was no horse racing anywhere in Britain between 17th March and 1st June, and again, apart from a short period in December, the sport has taken place behind closed doors since its resumption- with not a single case of Covid traced back to a racetrack.

If crowds are not allowed back until 17th May that not only means the Cheltenham Festival (16th-19th March) taking place behind closed doors but the three-day Grand National meeting at Aintree from 8-10th April- attended by more than 150,000 people in 2019, as well. Another blow for racing is that High Street betting shops are not going to be allowed to open until 12th April. The Grand National is always the betting industry's busiest day of the year.

What is needed- quite urgently- is for sports bodies to challenge the government's "Road Map" and to push for a much earlier start date for spectators to return. And also to stress that when they do return they won’t need "vaccine passports", or to take "Covid tests" before they are allowed in. People should be able to attend sports events this spring exactly as they did prior to the first lockdown in March 2020.

That means insisting on a full return to normal, not a mask-wearing 2m socially-distanced, "where are your papers?" cashless, dystopian "New Abnormal".  We need to remember the words of Deputy Chief Medical Officer Dr Jenny Harries, who said last March "The virus will not survive very long outside". "Many outdoor events, particularly, are relatively safe." 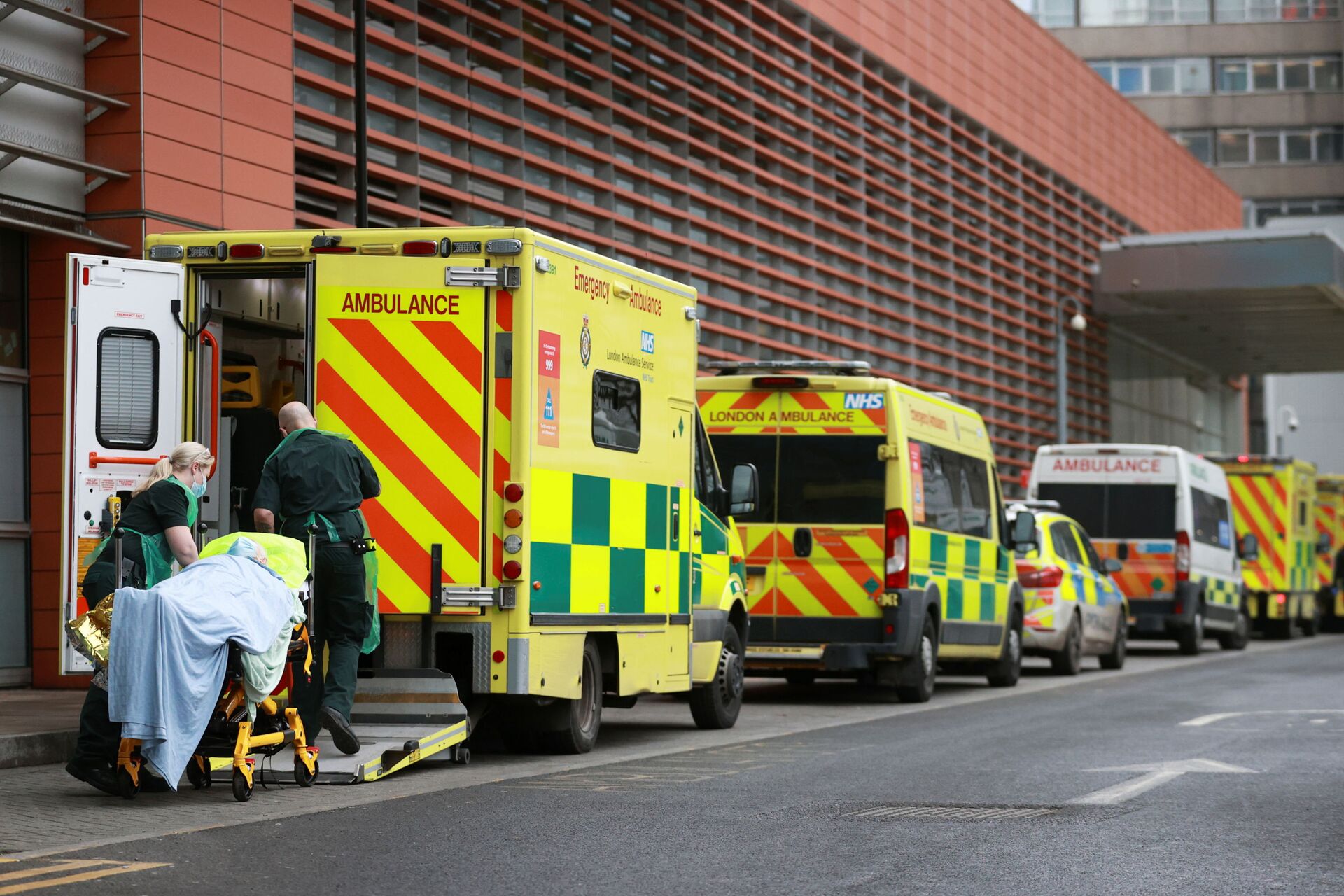 Healthcare workers transport a patient at the Royal London Hospital, as the spread of the coronavirus disease (COVID-19) continues, in London, Britain, January 26, 2021
© REUTERS / HANNAH MCKAY

Contrast what's going on in Britain with elsewhere in the world. In India, where they gave up on lockdowns, crowds of up to 15,000 have been watching the Test match series with England.

English cricket fans can watch this on their tv sets at home, but can't go and watch sport in their own country! In Belarus, ironically labelled "the last dictatorship in Europe" by pro-lockdown western "liberals", there's been no lockdown at all and football and other sports have continued to be played in front of large crowds as per normal.

Wouldn't it be wonderful if fans could return to football stadia in England by mid-March, in time for the exciting climax to the league season? And if racegoers could also be admitted to the Grand National meeting in April to watch the greatest steeplechase in the world. It's up to sports bodies to try and make it happen.

The big race of the day at Newcastle on Saturday is the 4m1f Eider Chase (due off at 3.15 pm), where staying most definitely is the name of the game. Twelve go to post for the Gosforth Park marathon, but it's very unlikely twelve will finish! The ultra-consistent Crosspark won this in 2019 (his last victory) but is 15lbs higher now in the weights and that is likely to mean the difference between a place and a win.

Trainer David Bridgewater had a terrible day on Sunday when he lost his stable flag bearer The Conditional at Newbury but racing is a game of ups and downs, and it would be entirely fitting if he won this with the well-backed Salty Boy. The lightly-weighted eight-year-old was staying on from the rear over 3m4f at Plumpton on his last start and on that evidence the step up in trip should suit to a tee.

Another for each-way consideration is Cyclop, a 12-1 shot, who makes the long journey up from Herefordshire for trainer Matt Sheppard. The horse has won or been placed in his last five starts and Champion jockey Brian Hughes is an eye-catching booking. 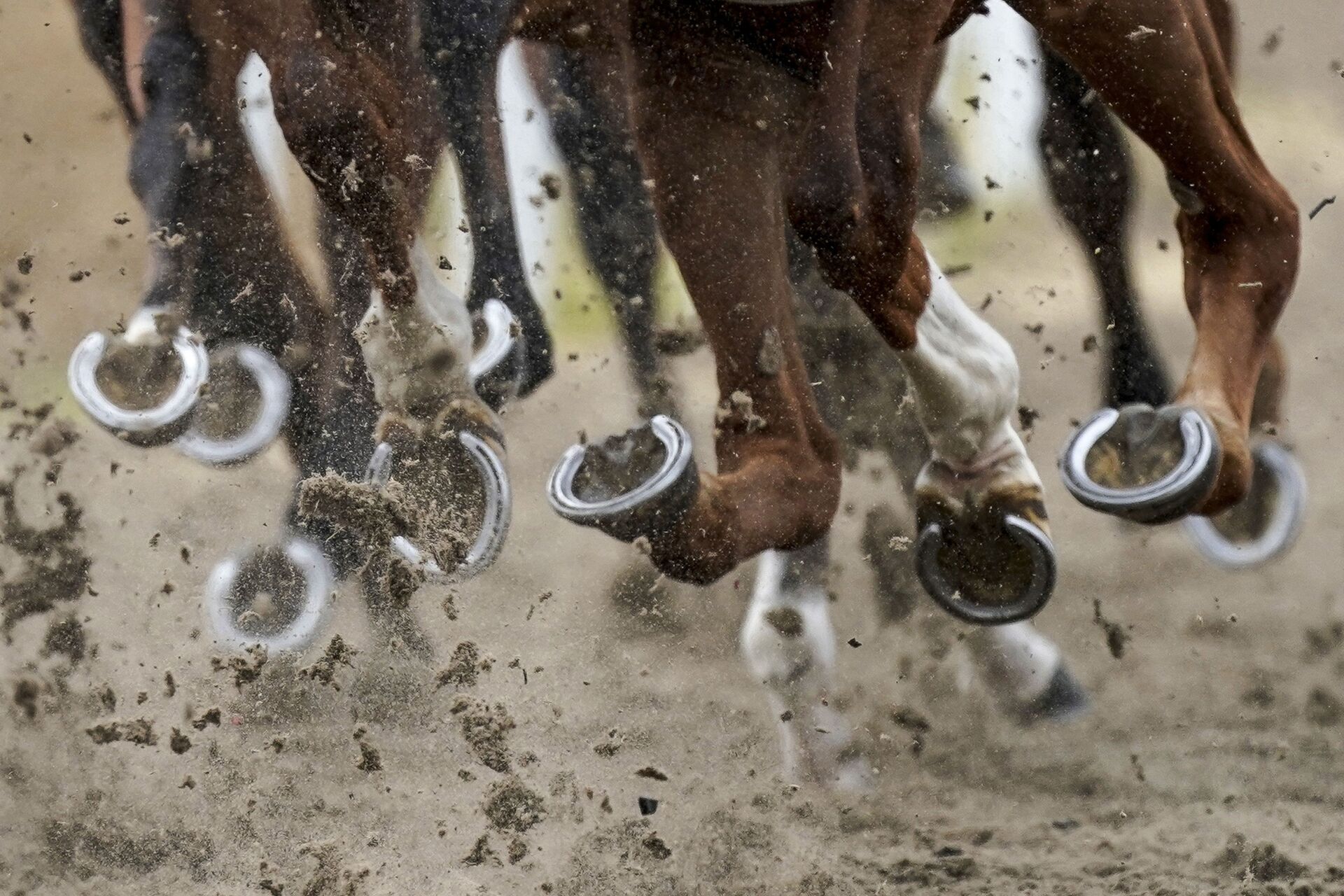 At Kempton Park, the feature is the Close Bros Handicap Chase, formerly known as the Racing Post Chase.  A competitive field of 18 go to post, so there should be some good each-way value on offer.

Veteran Double Shuffle has been twice runner-up in this, each time off lower marks, so looks to have a decent chance to make the frame again at his favourite track, while another for consideration is 20-1 shot Erick Le Rouge, who also has a good course record (he won a hurdle race on the same card in 2019) and won at the track from his current chase mark of 134 in January 2020. There are stamina doubts as the seven-year-old hasn’t won over 3m before, but the drying ground should help.

League leaders Man City go for their 14th Premiership win in a row against West Ham, but it may not be a walk in the park as the Hammers haven’t lost away in the league since 21st December and in two of the last seasons, City have only won this fixture by a single goal. Newcastle, who are sinking into the relegation mire, entertain Wolves, while on Sunday the Big Match is Chelsea v Man Utd.

Here are my scoreline predictions.

000000
Popular comments
Boris Johnson has more faces than Big Ben and they're all set to different times. Don't expect anything positive from him unless you are in his little circle