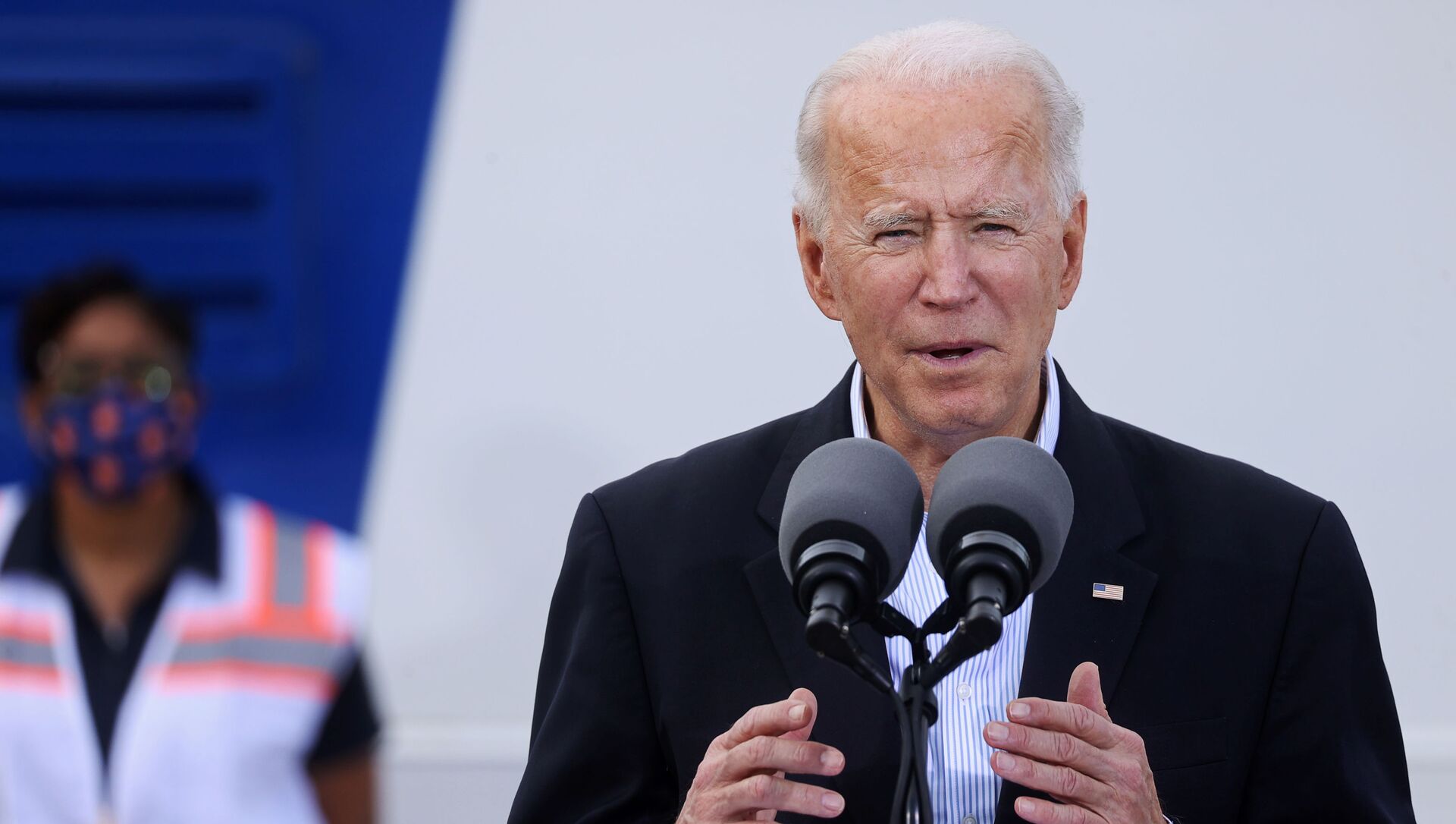 Daria Bedenko
All materialsWrite to the author
Earlier on Friday, the Office of the Director of National Intelligence (ODNI) released an intelligence report accusing Saudi Crown Prince Mohammed bin Salman of approving the assassination of journalist Jamal Khashoggi.

US President Joe Biden on Friday said that "significant changes" to policies between the United States and Saudi Arabia will be announced "today and on Monday", with his comments coming after the release of an intelligence report blaming Crown Prince bin Salman, also known by his MBS initials, for ordering the Khashoggi killing.

"I spoke yesterday with the king, not the prince. Made it clear to him that the rules are changing and we're going to be announcing significant changes today and on Monday", Biden told Univision in an interview. "We are going to hold them accountable for human rights abuses and we're going to make sure that [...] if they want to deal with us, they will have to deal with it in a way that human rights abuses are dealt with."

Biden also moved to criticise the Trump administration for not releasing the report on Khashoggi killing.

The report's conclusions were blasted by Riyadh as "abusive and incorrect", with Saudi Foreign Ministry insisting that those responsible for the killing have been investigated and brought to justice, and the court ruling was welcomed by Khashoggi's family members.

The Crown Prince denied the allegations, saying that he "gets all the responsibility" for the incident since it happened "under [his] watch".

What Has Already Been Done?

After the release of the report, the US State Department introduced sanctions against a handful of Saudi nationals, but not the crown prince. According to reports, Biden decided not to penalize Salman for the Khashoggi murder.

The US State Department announced new visa restrictions against foreigners who are believed to have engaged in "serious counter-dissident activities", adding that the restrictions may be faced by family members of such individuals as well.

While Biden, according to reports, decided to not directly penalize the crown prince himself, a UN investigator for summary executions, Agnes Callamard, urged the US government to sanction MBS for "targeting his personal assets but also his international engagements". 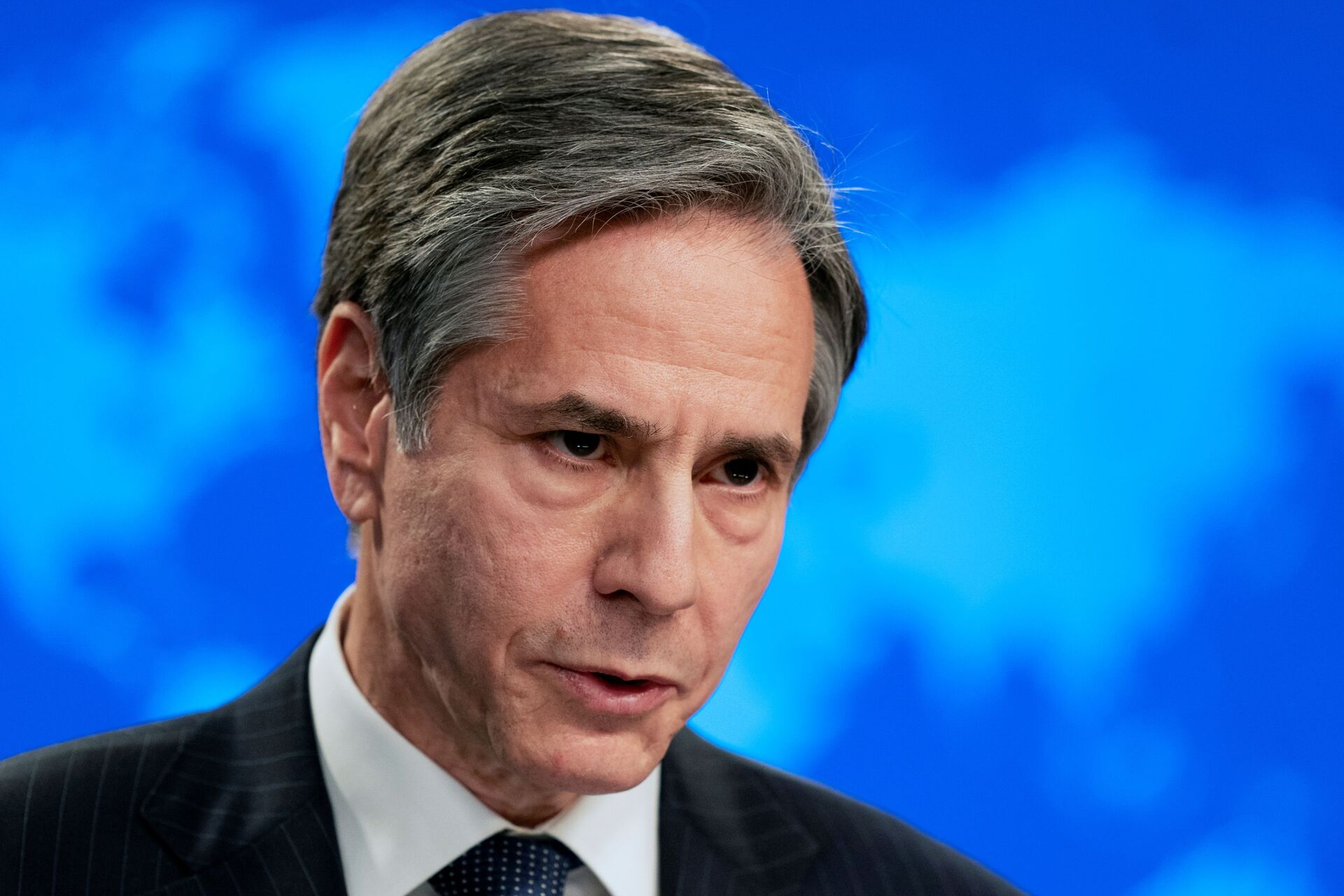 U.S. Secretary of State Antony Blinken speaks during a news conference at the State Department in Washington, February 26, 2021.
© REUTERS / POOL

US State Secretary Antony Blinken, in his first public appearance after the publication of the intelligence report on the Khashoggi assassination, said that Washington does not seek to "rupture" relations with Saudi Arabia.

"The relationship with Saudi Arabia is an important one. We have a significant ongoing interest. We remain committed to the defense of the kingdom. But we also want to make sure... that the relationship better reflects our interest and our values," Blinken said.

In light of the findings of the US Khashoggi report, Blinken also noted that the Biden administration is reviewing US arms sales to Saudi Arabia in order to limit weapons to those for defensive purposes and not to aid Riyadh’s military campaign in neighboring Yemen.

Jamal Khashoggi, a Saudi-born Washington Post columnist and distant relative of the royal family, went missing in October 2018. He vanished after entering the Saudi Consulate General in Istanbul, and Riyadh initially denied any knowledge of his fate.

Later, Saudi Arabia admitted that the journalist was brutally murdered while he was inside the consulate, but denied that any members of the royal family were involved in the killing and branded the incident as a "rogue operation".

In late 2019, a Saudi court sentenced eight suspects in the case. Five were sentenced to death and three received a total jail sentence of 24 years.

Later in May 2020, Khashoggi's son, Salah, revealed that family members of the murdered journalist had pardoned those responsible for his father's death. In September 2020, a final court ruling said five suspects were sentenced to 20 years behind bars, two to seven and one for 10 years.