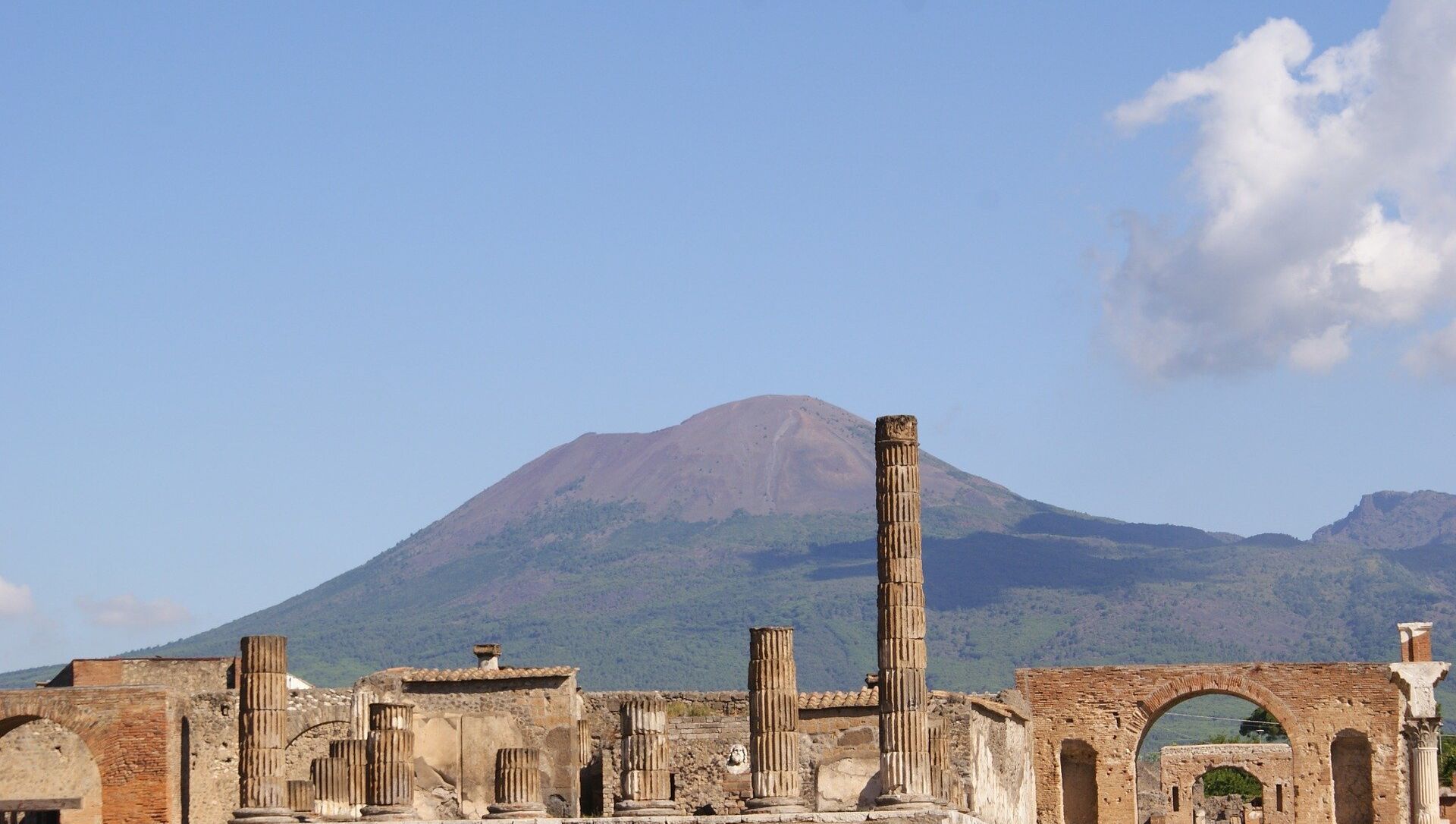 © Photo : Pixabay
Subscribe
International
India
Africa
Max Gorbachev
All materialsWrite to the author
In 79 AD, the city along with several thousands of its inhabitants were buried in ash and pumice following an eruption of Mount Vesuvius, which historians say lasted for two days. Despite its tragic history, the city was largely preserved under the ash and offers a unique look into what life looked like in Ancient Rome.

Italian archaeologists have made a stunning discovery, unearthing an intact four-wheeled chariot in Pompeii, local media reported. According to the Archaeological Park of Pompeii, it was excavated in the suburban villa of Civita Giuliana, beyond the walls of the ancient city. Three years ago, researchers discovered a stable and the remains of three horses in this location.

The four-wheeled processional chariot. The last discovery of #Pompeii.⤵️https://t.co/XP52Pp3imB

​Massimo Osanna, interim director of the Archaeological Park of Pompeii, described the latest finding as extraordinary and noted that it will provide more insight and knowledge about the ancient world.

"At Pompeii vehicles used for transport have been found in the past, such as that of the House of Menander, or the two chariots discovered at Villa Arianna (one of which can be admired at the new Stabian Antiquarium), but nothing like the Civita Giuliana chariot", Osanna said.

Researchers say the chariot was likely a ceremonial one and used to accompany "festivities, parades and processions".

"This type of chariot, which has never before emerged from Italian soil, bears comparison with finds uncovered around fifteen years ago inside a burial mound in Thrace (in northern Greece, near the Bulgarian border). One of the Thracian chariots is particularly similar to ours, even if it lacks the extraordinary figurative decorations that accompany the Pompeian find", reads a statement posted on the website of the Archaeological Park of Pompeii.

Digging out the chariot was a daunting task, the archaeologists said. Due to the fragility of materials, the researchers had to resort to micro-excavation. Whenever scientists discovered a void in the chariot, plaster was poured in order to preserve the imprint of the organic material. Thus the archaeologists managed to dig the chariot out intact and in all of its complexity.

This is an exceptional discovery, not only because adds an additional element to the history of this dwelling and the story of the last moments in the lives of those who lived in it, but above all because it represents a unique find in excellent state of preservation. pic.twitter.com/mCouDXK9QO

​According to the Archaeological Park of Pompeii, besides making a discovery, the archaeologists accomplished another task – they prevented the chariot from falling into the hands of looters, who have dug out several tunnels in the area in order to seize archaeological treasures.

"It has been established that the very chariot which has now been unearthed had miraculously escaped the looting of grave robbers, despite being literally touched by the tunnels dug by the perpetrators at a depth of over 5 metres", reads the statement, adding that two suspects are now facing trial.