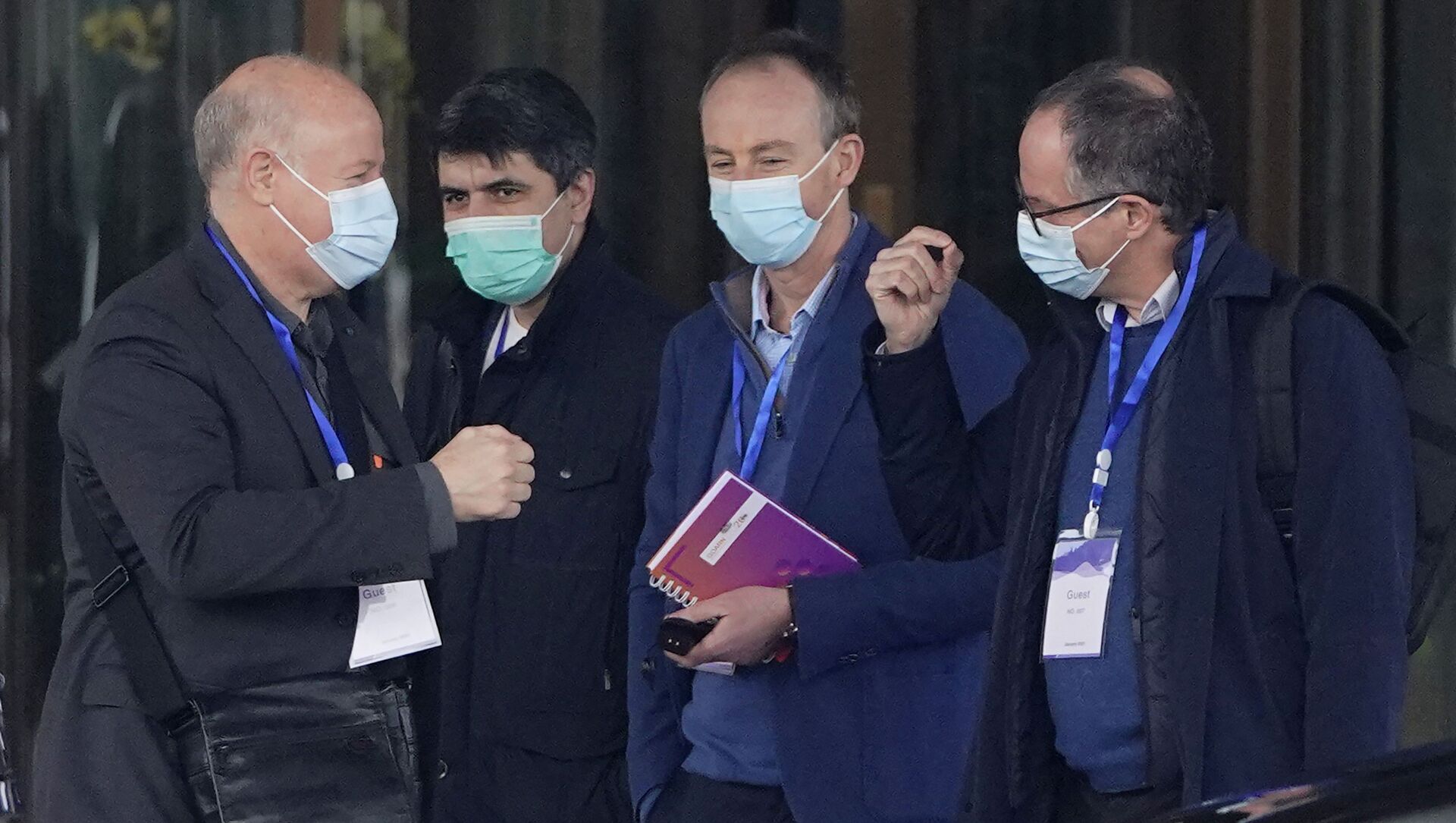 MOSCOW (Sputnik) - World Health Organization (WHO) experts are investigating possible links between COVID-19 and a wet market in China's Wuhan, different from the one initially blamed for being the virus' origin, The Wall Street Journal reported on Friday.

Many initial COVID-19 cases were linked to Wuhan's Huanan seafood market, prompting a suspicion that the virus originated there.

WHO experts reportedly decided to probe a different local wet market after learning from the so-called patient zero — a Wuhan resident surnamed Chen — that his parents shopped there before he fell ill in December 2019. The parents themselves were not infected.

Because the meeting took place at the end of the WHO's fact-finding mission to Wuhan, the investigators did not have enough time to collect more information or even establish which one of Wuhan's 400 wet markets it was, according to the report.

WHO experts are now determined to trace back the market and collect more evidence that could prove their hypothesis that the novel coronavirus originated some place else and spread from animal to human before the Huanan outbreak began, the newspaper said.

The four-week WHO mission to Wuhan ended on February 10. Experts probed several sites in Wuhan under suspicion of being the original source of COVID-19, including the Huanan market and the BSL-4 high-security lab in the Wuhan Institute of Virology. The mission concluded that a leak of the virus from the lab was unlikely, while the wet market's role was not yet clarified.