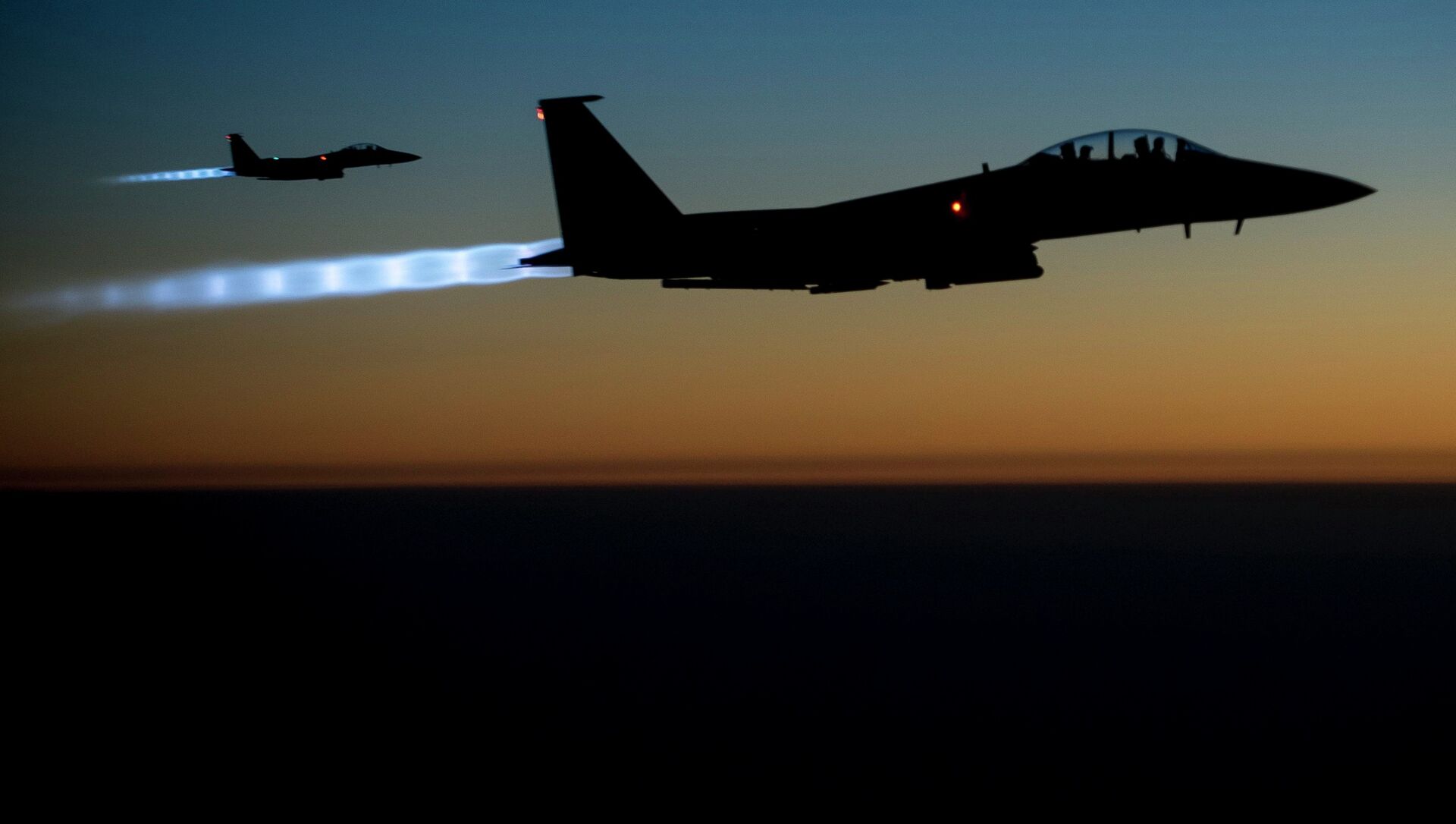 Ilya Tsukanov
All materialsWrite to the author
Washington also says that its future actions will be aimed at 'de-escalating tensions' in the region.

Thursday's airstrikes against "Iran-backed," Baghdad-allied Iraqi militias in eastern Syria were a "necessary" self-defence measure designed to reduce the danger of further attacks, and sent a message to America's adversaries that President Biden is "going to act to protect Americans," White House press secretary Jen Psaki has announced.

"[Biden is] sending an unambiguous message that he's going to act to protect Americans when threats are posed; he has the right to take an action at the time and manner of his choosing," Psaki said, speaking to reporters on Friday.

Calling the strikes "proportionate" and saying they had undergone a "thorough legal process," the spokeswoman suggested they were carried out in accordance with Biden's presidential authority under the US Constitution "to defend US personnel."

Kirby also claimed that the US informed Russia about the strikes in an appropriate manner ahead of time. "We did inform the Russians through the deconfliction channel that [is] in place as you would expect we would," he said, speaking to MSNBC on Friday. "We take those obligations of ours seriously and they were informed prior to."

Earlier Friday, Russian Foreign Minister Sergei Lavrov said Moscow was informed about the planned attacks just four-five minutes before they began, and suggested that "this was a kind of notification when the strike was already being carried out."

Thursday's attack was the first aggression of its kind by the Biden administration. The previous administration attacked the war-torn country on three separate occasions in 2017, 2018 and 2019, with the last of the strikes targeting Kata'ib Hezbollah - an Iraqi government-allied Shia militia group which Washington claimed had attacked a US base. Later, Iraqi military and security personnel indicated that jihadist remnants were likely responsible for the attack, and that Kata'ib Hezbollah doesn't even operate in the area where the base was struck.

Iraq's Defence Ministry Denies Exchanging Intelligence With US Before Syria Airstrike
Yesterday's strikes also targeted Kata'ib Hezbollah, as well as another Shia militia group, over their alleged involvement in the 15 February rocket attack on a US air base in Erbil, Iraq. The militias denied any involvement in that attack, and a little-known group calling itself Saraya Awliya al-Dam claimed responsibility.

Damascus blasted Washington over Thursday's act of aggression, with the country's Foreign Ministry issuing a statement Friday in which the strikes were described as a "cowardly" act which "will lead to consequences that will escalate the situation in the region."

In his remarks Friday, Lavrov said it was impossible to look at the strikes without recalling "the fact that the US are present on Syrian territory illegally, in violation of all norms of international law, including Security Council Resolutions on reconciliation in the Syrian Arab Republic."

The Biden administration has continued its policy of illegally stationing troops in eastern Syria, although Washington no longer admits these deployments are based in part on the need to "take" and "keep" the country's modest oil reserves, as Donald Trump did. Russia estimates that the US and its Syrian Kurdish allies are making about $30 million a month from oil-smuggling activities.