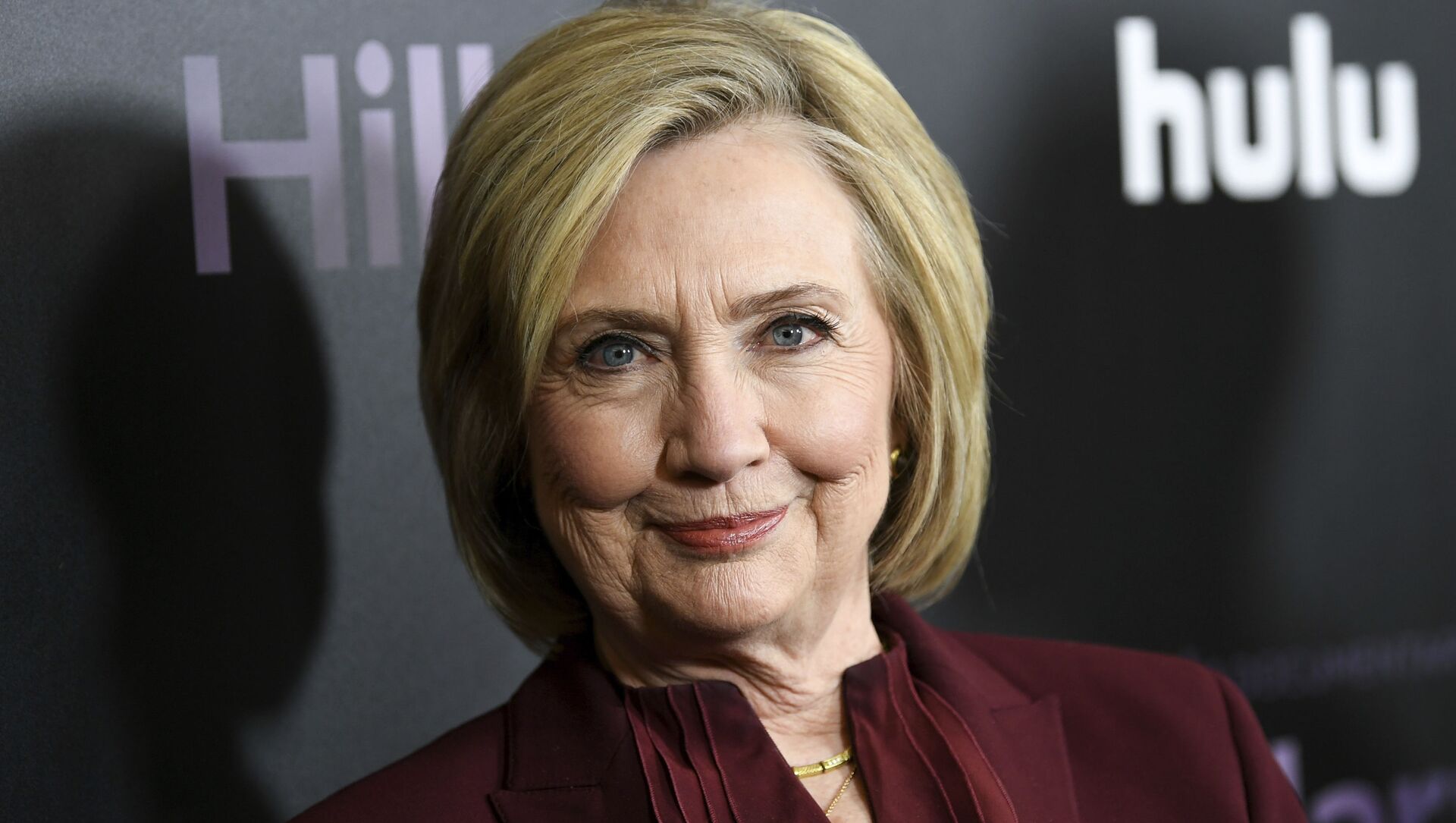 © AP Photo / Evan Agostini
Subscribe
Ekaterina Blinova
All materialsWrite to the author
On 18 February 2021, Imaad Zuberi, a Pakistani-American venture capitalist and political fundraiser, was sentenced to 12 years in prison for falsifying records to conceal his work as a foreign agent while lobbying top-level American government officials and former presidential candidates, among other charges.

In November 2019, Zuberi pleaded guilty to violating the Foreign Agents Registration Act (FARA), tax evasion, and making illegal campaign contributions to US politicians from both sides of the aisle. In June 2020, the 50-year old pleaded guilty to one count of obstruction of justice. The latter charge is stemming from the case of Zuberi's $900,000 donation to Trump’s inaugural committee, which was received immediately after the 2016 election. Federal prosecutors alleged that this money could include sums from a foreign source, something which is prohibited under federal law.

Will Zuberi Case Cast a Shadow on Trump?

Covering the issue, the left-leaning press referred to the Pakistani-American as a "Trump donor" and "the other Manafort", suggesting that the Zuberi case may cast a shadow on the Trump administration's conduct. Earlier, in October 2019, the New York Times suggested that if Zuberi cooperated with prosecutors, "it could have ripple effects into other investigations into contributions to Mr. Trump’s inauguration, including whether foreigners illegally funnelled money to it in hopes of buying influence over American policy".

"It is important to note that special rules apply to donations made to Presidential Inaugural Committees," says Charles Ortel, a Wall Street analyst and investigative journalist. "Detailed reports concerning amounts raised are required to be submitted within 90 days of the inauguration. These reports must list donors by name and amount, and also document how the pool of donations was spent."

However, one cannot assess whether the Zuberi case poses any threat for Donald Trump as no "hard facts" implicating the former president have been presented so far, according to the analyst.

Following Trump's acquittal in the US Senate impeachment trial, the former president's political opponents are still after him, particularly praising the Supreme Court's refusal to step in to halt the turnover of Trump's tax records to a New York state prosecutor. The Associated Press called the development "a significant defeat" for the former president, suggesting that the prosecutor's inquiry can become "an issue for Trump in his life after the presidency".

Meanwhile, one should bear in mind that Zuberi wasn't just a "Trump donor" but worked on both sides of the US political aisle, stresses Ortel: "[The Zuberis] have donated substantial sums to candidates and to politicians in both political parties, looking through reports on contributions available online".

An adviser to Joe Biden asked Hunter in 2012 to cultivate a relationship with Imaad Zuberi and other major donors, "to help pull them in to Team Biden."

Zuberi met with the VP, and shared details of those convos w/ the Saudi ambassador. https://t.co/KikGJU35FD

​In particular, the political fundraiser donated to Hillary Clinton in 2015, Sen. Lindsey Graham, R-S.C., in 2014, then-California Attorney General Kamala Harris in 2015, and then-president Barack Obama's presidential 2012 re-election bid, according to NBC News. Federal prosecutors further revealed that illegal money had been funnelled by Zuberi from foreigners to US top politicians over five years between 2012 and 2016.

While one CIA officer called the venture capitalist "the "best-connected person I know", as cited by Associated Press, the Wall Street analyst warns against overestimating Zuberi's political and financial weight: the 50 year-old appears to be just a "middle man" in a bigger game, according to Ortel.

"Zuberi is slated to report to federal prison in May 2021," he says. "He may spend most of his 12-year term in prison with other white collar criminals, but I do not think his contacts will even try to help much."

In addition to his political fundraising activities, Zuberi was also a Clinton Foundation donor: he is listed among those who donated between $250,001 and $500,000 on the charity's official webpage.

Yes, these are some of exact same claims we’ve presented in our case CF Whistleblowers v IRS. https://t.co/Ezm0WPEiRZ

​The charity was apparently used as a tool in the Clintons' "pay-to-play" scheme, according to Ortel, who has been looking into the Clinton Foundation's alleged fraud for several years.

"Unlike Donald Trump, the Clinton family has operated several 'charities' while one and later both of them were involved soliciting funds for political campaigns", Ortel says. "To me, potential exposures for the Clintons (and for the Bushes and the Obamas) loom larger, assuming that the Department of Justice will prosecute corruption, tax fraud, and charity fraud crimes carried out in support of dynastic political families".

According to Ortel there are a lot of questions concerning potential money transfers between the Clinton Foundation, Clinton Inaugural Committee and foreign donors.

"The first significant donation to The William J. Clinton Presidential Foundation, an entity incorporated on 23 October 1997, was, in theory made by the second Clinton Inaugural Committee, possibly in 1998," he says. "To date, no evidence that this committee complied with laws then applicable to account for its receipts and expenditures by and after April 1997 has been forthcoming."

He notes that by April 1997, both Clintons were "facing mounting pressures to explain and defend their conduct, while funds available to defray legal defence costs were drying up". Ortel suggests that donations "ostensibly made to support the Clinton Presidential library in Little Rock, Arkansas may have bled, illegally, to pay legal defence costs and later to fund Hillary Clinton's political campaigns".

"How much of these donations came from foreign sources, we still do not know because the Clinton Foundation never made truthful and complete financial disclosures for any period starting in 1997 to date, in my view," Ortel remarks. 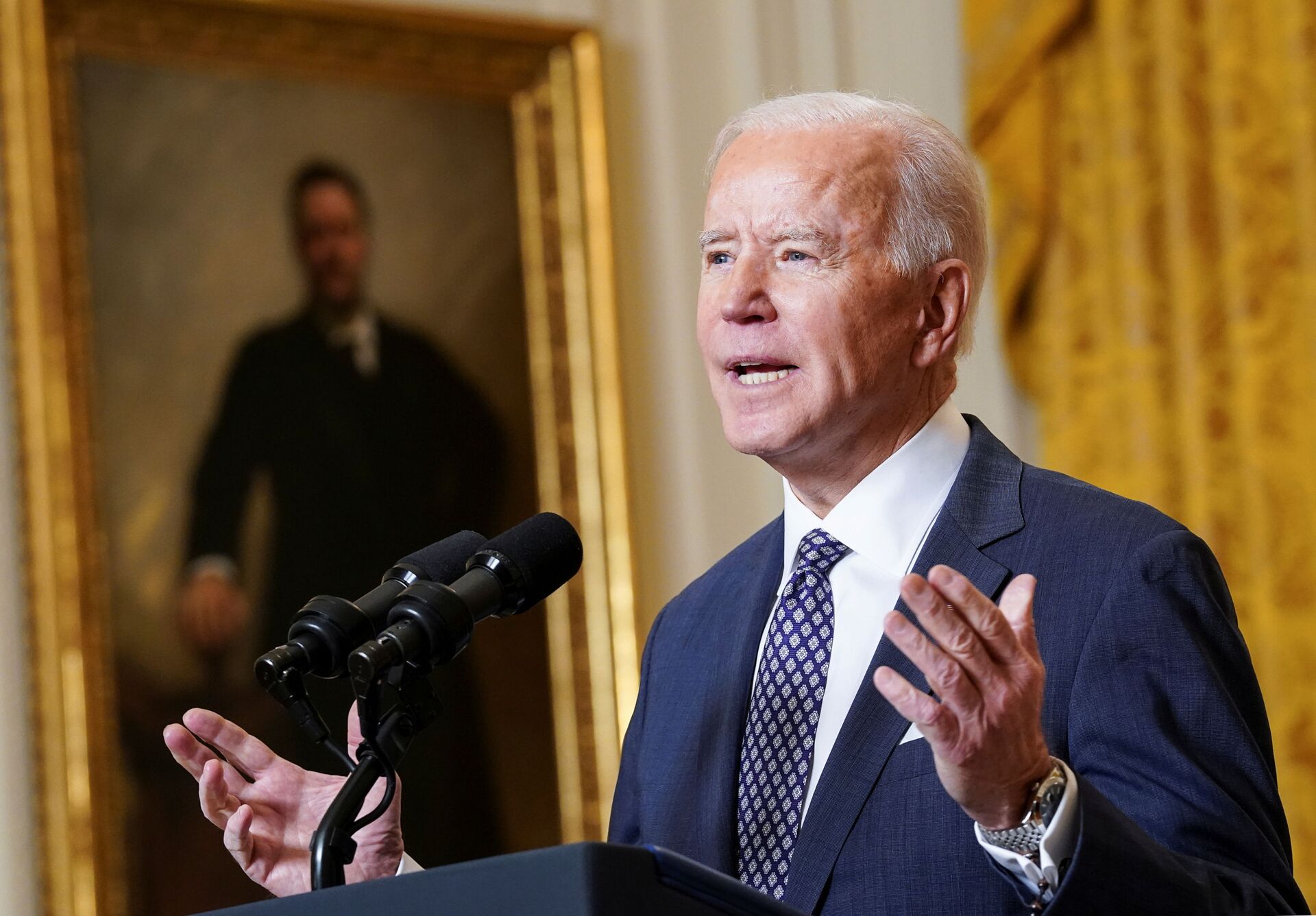 The Wall Street analyst notes that the Zuberi case may have shed further light on whether the Clintons and their political allies used foreign money for their campaigns and how exactly they returned those favours. However, it is highly unlikely that Joe Biden's attorney general pick, Merrick Garland, will look into this, according to Ortel.

·          First, Garland refused to rule out curbing John Durham's ongoing investigations into the 2015, 2016 election cycle and its aftermath.

·         Second, "he claimed that he had not discussed the ongoing investigation into Hunter Biden's business arrangements with foreign partners while Joe Biden was Vice President and as he sought and won the Presidency".

·         Third, "he drew a plainly false distinction between deplorable violence carried out at night, likely by Antifa and/or BLM, and the events of 6 January 2021 that occurred during the day, allegedly by Trump supporters, but likely were instigated by provocateurs who may have been, in fact, anti-Trump goons".

Given all of the above, one might expect that the Clintons and their political allies will remain shielded in the next four years, while Trump and his supporters will be aggressively persecuted, the analyst believes.