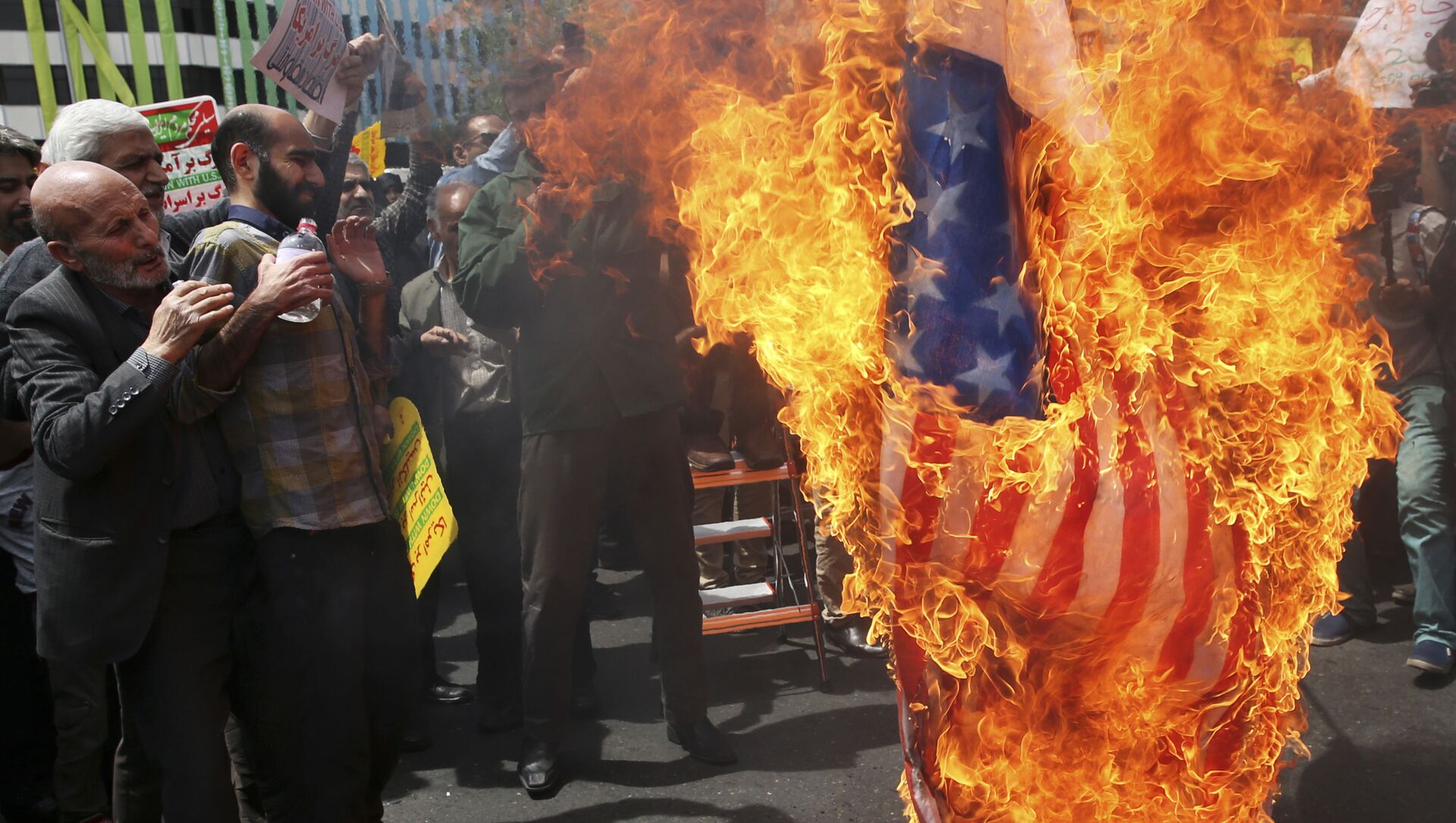 Ilya Tsukanov
All materialsWrite to the author
The Trump administration introduced its campaign of "maximum pressure" against Iran in 2018 after withdrawing from Joint Comprehensive Plan of Action nuclear agreement, hitting Tehran with crushing banking and energy sanctions and trying to bring the country’s energy exports – the lifeblood of the Islamic Republic’s economy, down “to zero.”

A State Department spokesperson has provided a convincing argument as to why the US should scrap its "maximum pressure" campaign against Iran, despite the fact that his own boss has yet to deviate from the Trump-era policy after over a month in office.

“In fact, every single one of those, the opposite has been true....over the last four years, we came nowhere close to anything resembling a better deal. Those negotiations never even got off the ground. Iran today and Iran at the end of the Trump administration…was much closer to a nuclear weapon if it chose to develop one than it was on the first day of the last administration,” he added.

Turning to the Biden team’s approach to Iran, the spokesman said that the new administration is “embarking on a different path, one that prioritises real, principled, clear-eyed diplomacy with our partners and allies.”

Iranian media took note of the apparent cognitive dissonance in Price’s remarks, with PressTV pointing out that while the new administration has appeared to acknowledge the failure of its predecessor’s policy, it itself “has so far shown unwillingness to undo the former president’s wrongs.”

This isn’t the first time this week Price’s comments have matched up with what Iran itself has been saying. On Thursday, Iranian Foreign Minister Mohammad Javad Zarif highlighted the spokesman’s Wednesday remarks about Iran being in full compliance with the nuclear accord before Washington unilaterally pulled out of the agreement in 2018.

“Iran was complying with the deal. More importantly, Iran was permanently and verifiably prevented from obtaining a nuclear weapon,” the State Department spokesman said. Commenting on these remarks, Zarif suggested that US behaviour, the cause of the nuclear deal’s breakdown, “has not changed” so far, and that it’s up to Washington, as well as its European allies to return to compliance with their obligations, with Iran to do so after that.

Biden Backslides on Iran
On the campaign trail, Biden promised to work to quickly rejoin the JCPOA nuclear deal. Since 20 January, however, the new administration’s Iran policy has not deviated significantly from that of its predecessor. The White House says it will not rejoin the nuclear agreement until Tehran dramatically reduces its uranium enrichment and stockpiling activities in line with limits set by the accord. Iran, on the other hand, insists that the US must first lift all sanctions against it as a show of good faith.

The JCPOA deadlock has been further complicated by ongoing geopolitical tensions between Tehran and Washington, with the US flying nuclear-capable strategic bombers into the Gulf a week into Biden’s presidency in a show of force. On Thursday, the Pentagon announced that it had targeted “Iran-backed” Iraqi Shia militia in eastern Syria in air strikes. Iran had provided assistance to the militias, who are also allied to Baghdad and part of the Iraqi state structure, during the regional struggle against the Daesh (ISIS)* jihadists between 2014 and 2017.