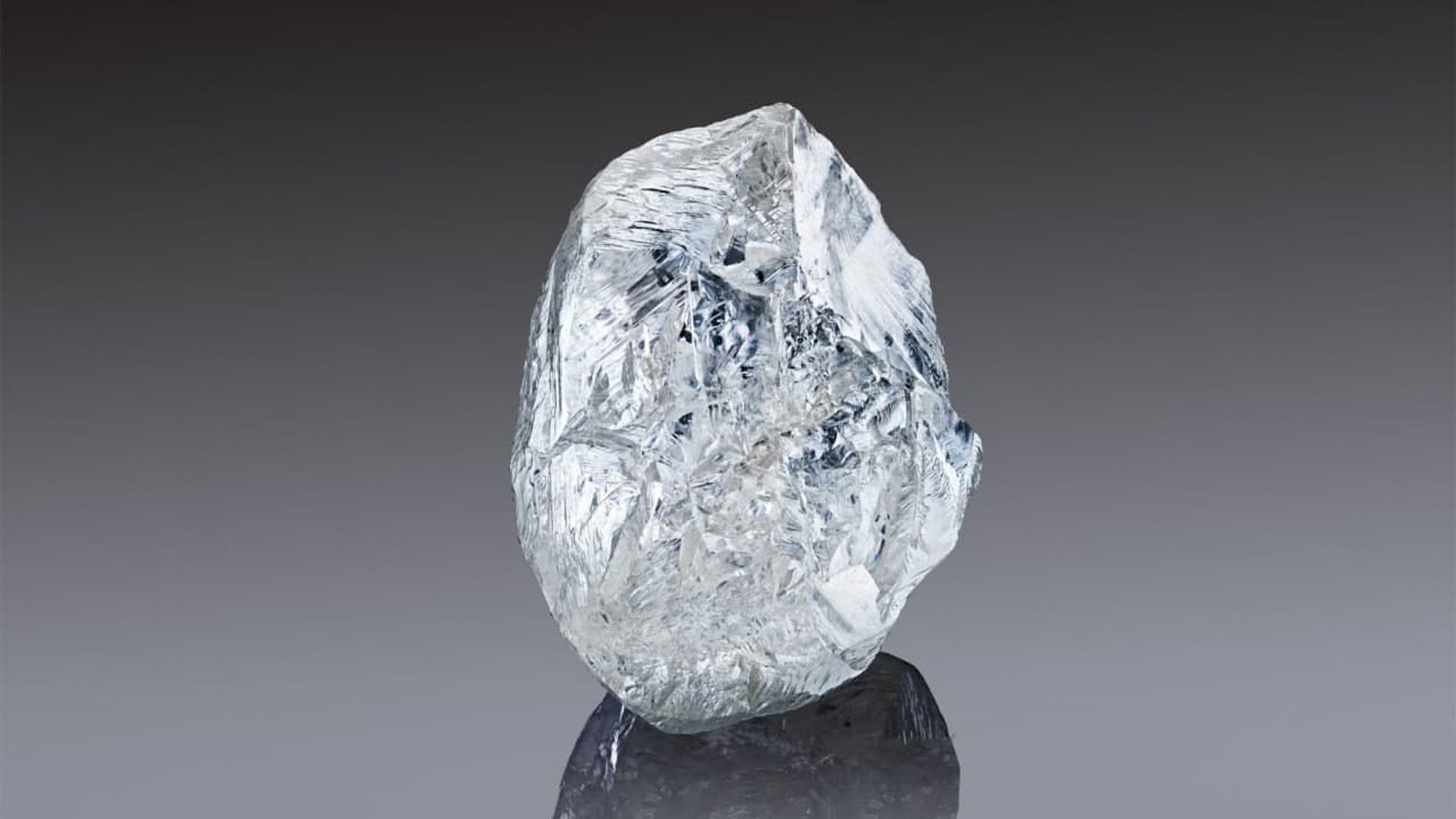 Andrei Dergalin
All materialsWrite to the author
The company is also reportedly expected to sell other sizeable diamonds – 190.7 carat and 136.2 carat – as well as a number of smaller gems, during the auction.

Prominent Russian diamond mining company Alrosa is about to auction a massive 242-carat diamond, which is one of the largest it's mined since 2000.

According to Bloomberg, the starting price for the gem, "almost the size of ping pong ball," is going to be “a little above $2 million.”

The diamond is expected to be available for viewing at Alrosa’s sales office in Dubai between 14 March and 21 March, with the results of the auction slated to be announced on 22 March.

As Alrosa Chief of Sales Evgeny Agureev explained, the company "auctioned just a handful of diamonds larger than 200 carats of comparable quality" during the past decade, since "they are extremely scarce and the company often preferred cutting and polishing rare finds in-house."

Agureev stressed the importance of the upcoming auction, mentioning how "our entire industry faced the toughest call in its history" a year ago.