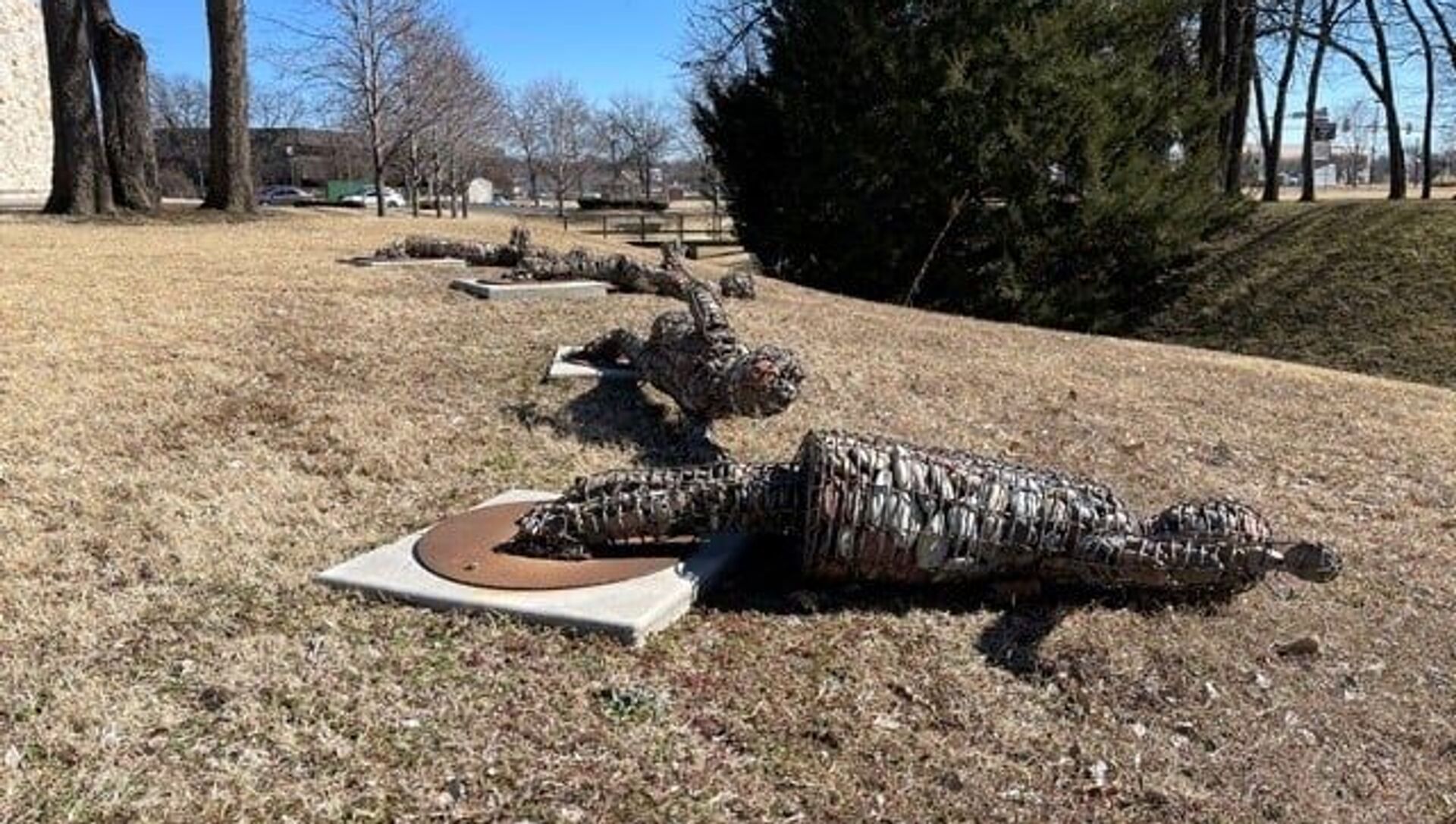 © Facebook/Tulsa Police Department
Subscribe
Evan Craighead
All materialsWrite to the author
The Tulsa Police Department began searching for the alleged vandals Wednesday, after surveillance video from The Sherwin Miller Museum of Jewish Art showed them "bending the metal [Holocaust memorial] statues and knocking them down while also attempting to steal them unsuccessfully."