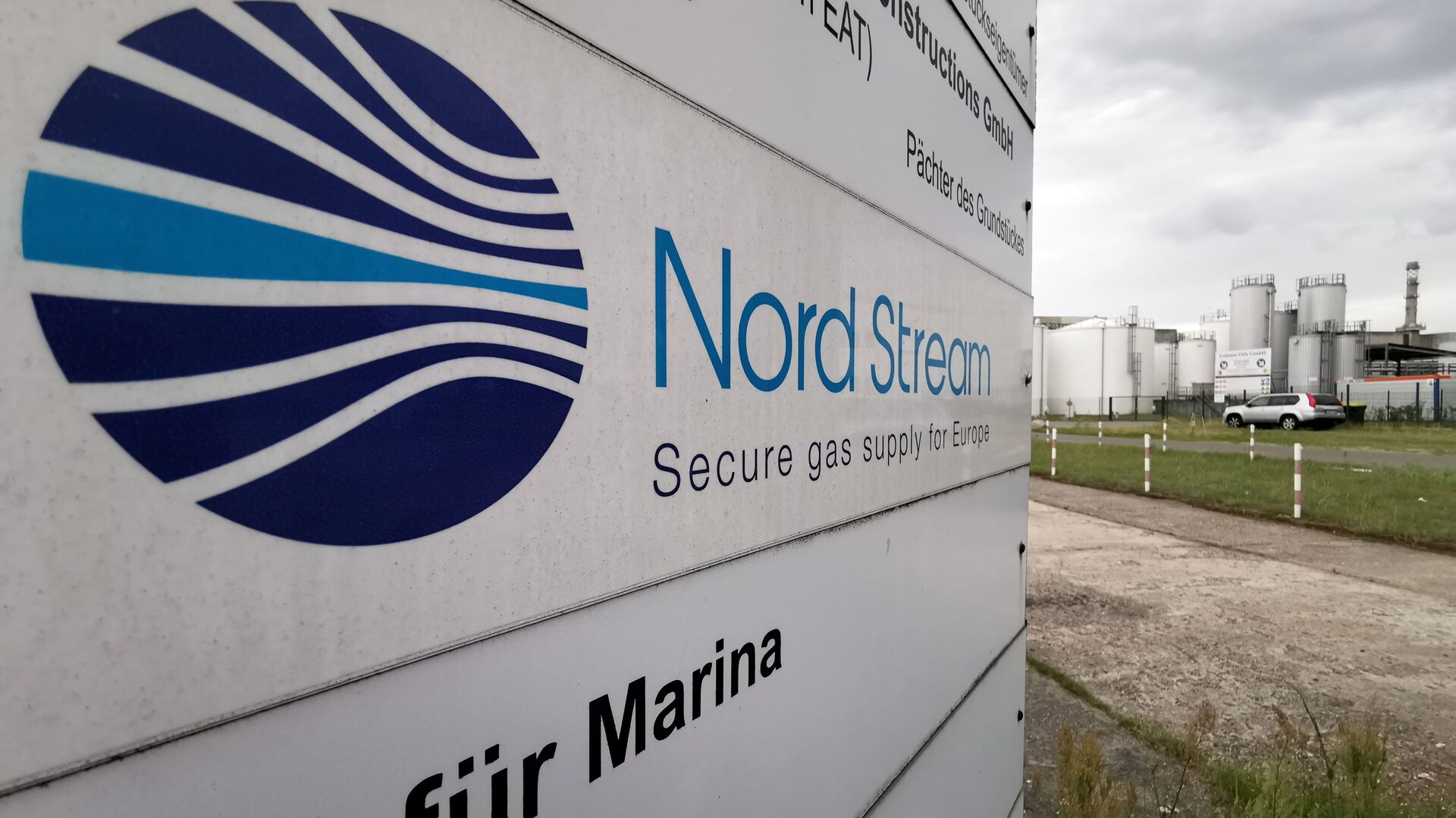 Svetlana Ekimenko
All materialsWrite to the author
Amid continuing ‘sanction’ pressure from Washington targeting the almost-completed Russian-Western European Nord Stream 2 energy project, speculation has been rife over whether Berlin has broached the volatile subject with the new US administration of President Joe Biden.

There is an exchange underway between Washington and Berlin regarding the Nord Stream 2 energy project, that is set to pump an additional 55 billion cubic metres of Russian natural gas to Germany annually, a government spokeswoman acknowledged on Friday according to Reuters.

No further details have yet been revealed.

Earlier, the German Foreign Ministry dismissed speculation that there were ongoing talks at its level with the United States about Nord Stream 2, although adding that Berlin would favour it were such consultations launched.

"I cannot yet report on such negotiations. The fact that we would like such consultations and negotiations has been stated by the foreign minister on several occasions," said German Foreign Ministry spokeswoman Maria Adebahr on Wednesday at a briefing.

"We know how critical the United States and US politicians have been [toward the Nord Stream 2 project], and that this view is shared not only by the President, but also by part of Congress. I believe our US friends know the German government's position. Of course, this is the topic we are talking about."

Germany has been walking a tightrope in an effort to keep the pipeline construction going while avoiding alienating its main geopolitical partner.

The statements from Berlin come after the London-based subsidiary of German company Muenchener Ruck, engaged in reinsuring German and foreign companies, scrapped its contract with Nord Stream 2, amid a Washington review of potential "sanctionable activity" by companies involved.

The German government reserved making any official comment regarding the development.

On 24 February, Seibert dismissed moves by a slew of companies to end their contract with the pipeline project as one that was made independently by the respective firms.

Pipeline in the Crosshairs

The 745-mile-long twin pipeline, which can carry up to 2 trillion cubic feet of gas annually from Russia to Germany along the bottom of the Baltic Sea, passing through the territorial waters or exclusive economic zones of Russia, Sweden, Denmark, Finland, and Germany, has long been in Washington’s crosshairs.

Recently, the project, which is expected to be finished by late 2021, triggered fresh speculations.

Nord Stream: a gas pipeline to Europe under the Baltic Sea
© RIA Novosti

The United States, which has imposed several rounds of sanctions on Nord Stream 2, announced it was continuing to pursue its review of potential "sanctionable activity" that would target companies collaborating with the project. On 22 February, State Department Spokesman Ned Price said Washington sought to carry across the risks of punitive measures to all firms involved.

On 19 February the administration of US President Joe Biden submitted a report to Congress on its assessment of sanctionable activities related to the pipeline. 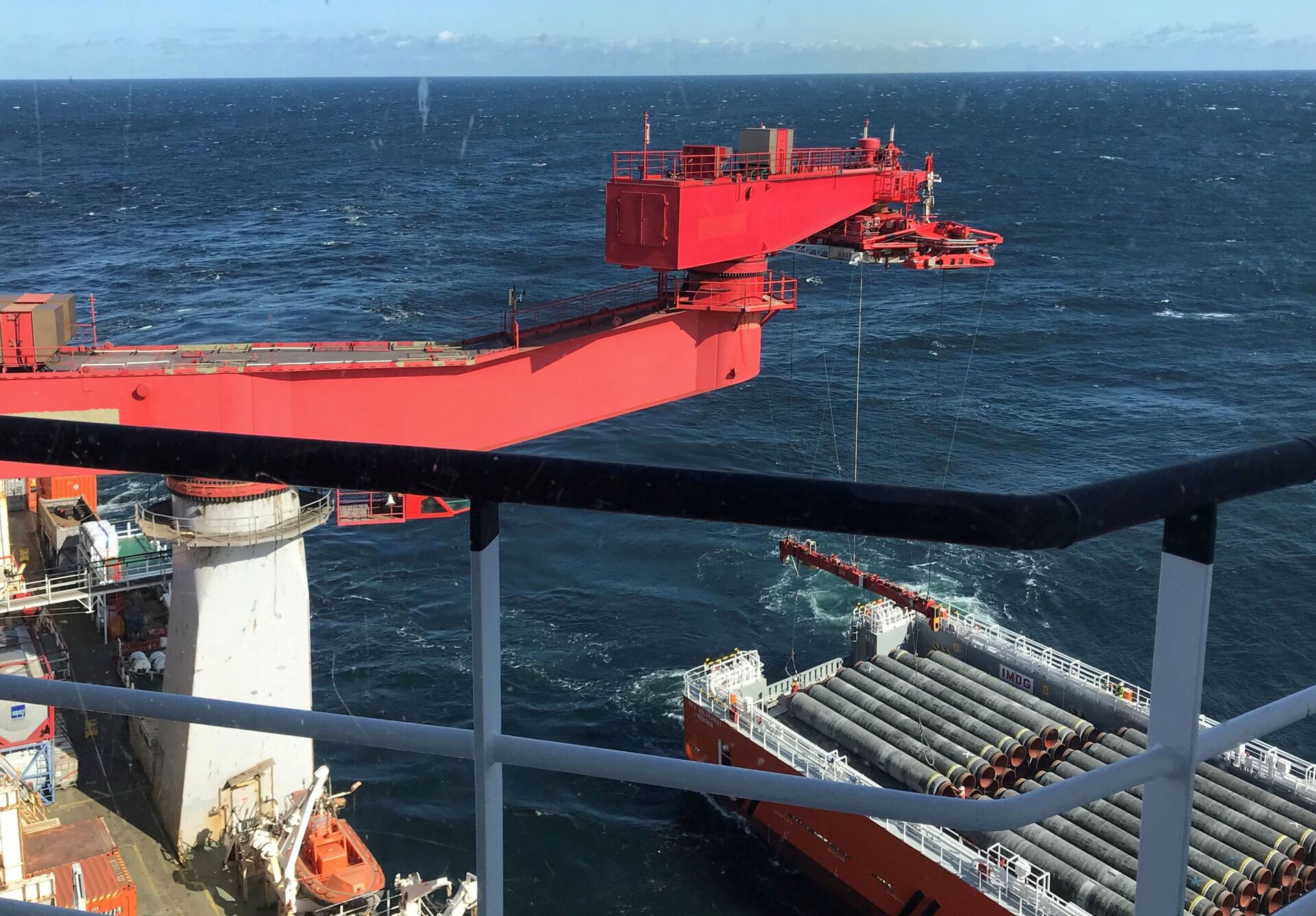 No new sanctions were mentioned, according to a report by Bloomberg, yet pipe-laying vessel Fortuna and its owner KVT-RUS, which have both already been targeted with US restrictions, were mentioned.

The US doggedly resorted to scaremongering politics against the project, arguing the pipeline will create too much European dependence on Russian energy supplies. However, Washington has been seeking to promote its own economic agenda, hoping to sell its own liquefied natural gas (LNG) to the EU.

Biden’s administration has described Nord Stream 2 as a "bad deal for Europe," but held back for now from announcing any additional measures against it.

Germany and Austria have rejected calls to abandon the project despite US pressure, underscoring the commercial nature of the project.

“On the one hand, this is a commercial project, on the other hand, it has political implications and plays a big role in the transatlantic area.”

On 23 February Russian Foreign Ministry spokeswoman Maria Zakharova blasted the US State Department for its unabated attacks on the project, pointing out that Germany acknowledges it will benefit from the pipeline.

Her sentiments were echoed by German lawmakers. Steffen Kotre, a member of the German lower house and energy spokesman for the Alternative for Germany party (AfD), said:

"The US is playing an unfair game, acting against free competition and posing as a colonial ruler. That must be resolutely opposed."