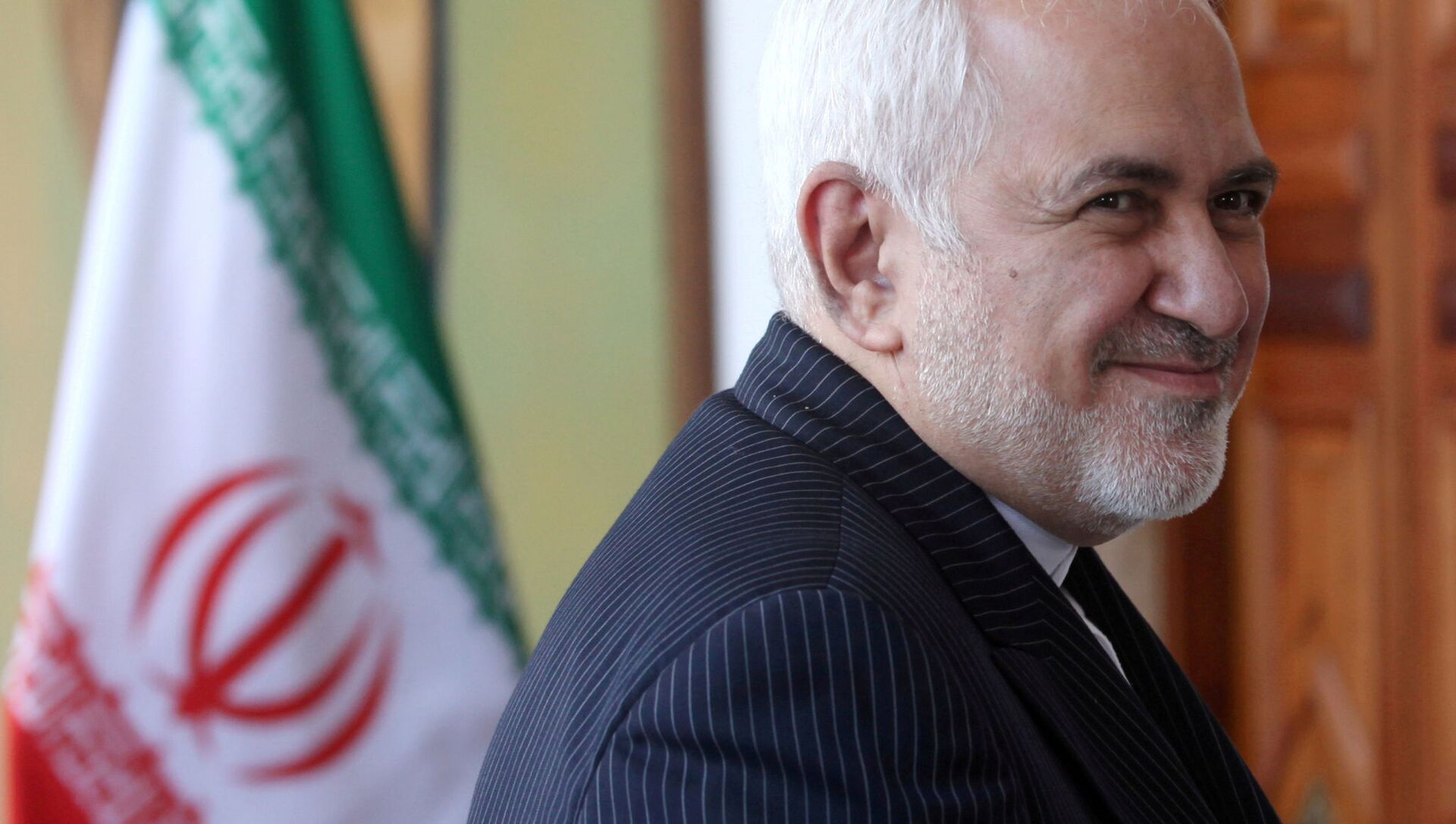 Ilya Tsukanov
All materialsWrite to the author
Tehran’s hopes that the new administration in Washington would live up to Joe Biden’s campaign pledge to get the US back into the nuclear deal have slowly soured over the past month. The White House now says its return to the deal hinges on Iran scaling back uranium enrichment activities. Tehran says no deal unless US sanctions are scrapped first.

The US State Department has just shored up Iran’s position that it's up to Washington to make the first move to salvage the Joint Comprehensive Plan of Action nuclear deal, Iranian Foreign Minister Mohammad Javad Zarif says.

In a Thursday tweet, the foreign minister posted a screen grab of an official State Department briefing by spokesman Ned Price, who told reporters Wednesday that it was only after the US pulled out of the JCPOA that Iran began taking “steps away from the nuclear deal.”

US admits that only after it "left the JCPOA, Iran has taken steps away" while until then" Iran was living up to its limits"

That US behavior—the CAUSE—has not changed

US/E3 must remove the cause, NOT ask Iran to stop ¶36 remedies pic.twitter.com/dWK9P0C2xG

Price went on to say that “while the Iran deal, while the JCPOA was in full effect, while Iran was abiding by it,” the International Atomic Energy Agency “expressed confidence that Iran was living up to its limits” on uranium enrichment and stockpiling.

“But the IAEA – and I certainly wouldn’t want to speak [for] them, but I suspect if you go and ask them, they will tell you that they were satisfied by Iran’s compliance with the deal. Iran was complying with the deal. More importantly, Iran was permanently and verifiably prevented from obtaining a nuclear weapon,” Price said.

Commenting on these remarks, Zarif argued that “US behaviour – the CAUSE” of Iran’s decision to deviate from the JCPOA, “has not changed.”

The diplomat went on to suggest that the E3 – the Western European signatories to the JCPOA (France, the UK, and Germany), are “also culpable,” given that they failed to make good on their promise to find ways to continue doing business with Iran after the Trump administration reintroduced its crushing sanctions.

“US/E3 must remove the cause, NOT ask Iran to stop Paragraph 36 remedies,” Zarif stressed, pointing to the JCPOA’s provision on the so-called Dispute Resolution Mechanism, which permits Tehran to cease abiding by its commitments under the deal in whole or in part if other signatories fail to meet their obligations.

The Trump administration pulled out of the JCPOA in May 2018 after intense lobbying by Israel, slapping Iran with tough banking and energy sanctions, and threatening secondary restrictions against countries that continued to do business with the Islamic Republic. Exactly one year later, Iran began scaling back its uranium enrichment and stockpiling activities after the JCPOA’s European signatories failed to live up to their promise to create a mechanism to get around US sanctions.

Also Monday, Iran scrapped its voluntary adherence to the IAEA’s Additional Protocol, which allowed for snap inspections of its nuclear facilities with no notice. IAEA inspectors are still allowed to inspect facilities, but only after giving notice. Zarif called Iran’s actions “fully compatible with the JCPOA” and Paragraph 36 amid the US’ and E3’s continued violation of the agreement.