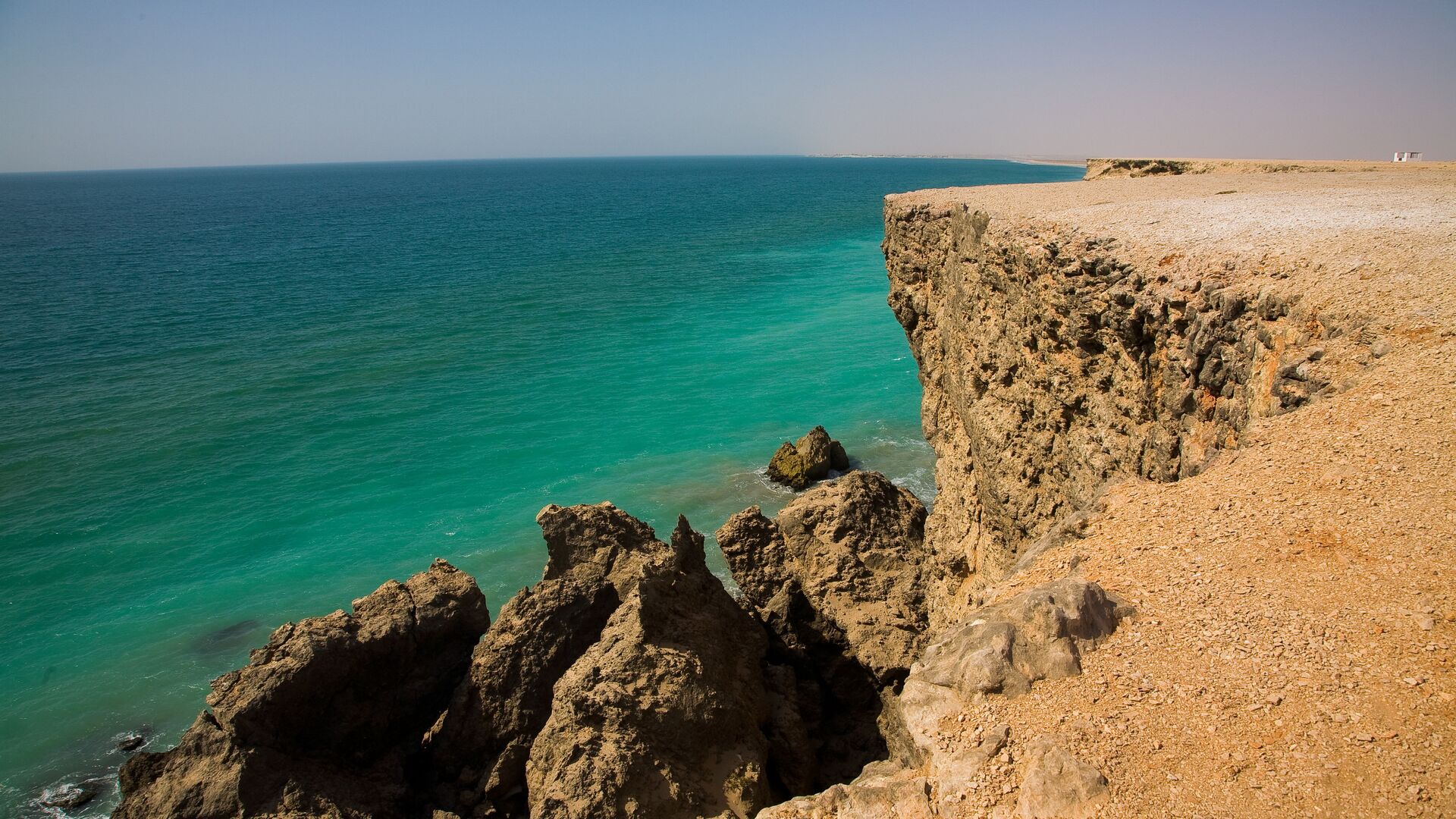 Daria Bedenko
All materialsWrite to the author
On Thursday, according to United Kingdom Maritime Trade Operations (UKMTO), a British ship was hit by an explosion in the Gulf of Oman, with reports later alleging that it was an Israeli vessel sailing from Saudi Arabia to Singapore under a Bahamian flag.

The vessel hit by an explosion on Thursday in Gulf of Oman belongs to Israeli businessman Abraham Ungar who is "close to the head of Mossad [Tel Aviv's secret service]", Yossi Cohen, and Iran may have been behind the explosion, a Friday report by Kan claimed.

"The explosion took place last night, south of the Straits of Hormuz, off Oman. The damage is two holes about a meter and a half in diameter, but it is not yet clear to us whether it was caused by missile fire or mines attached to the ship", Ungar told Kan, speaking about the damage sustained by the ship. "We have no idea whether this incident is a part of the tension between Iran and the United States and whether it has something to do with the fact that the owner of the ship is Israeli."

Ungar suggested that the incident was most likely linked to previous attacks on shipping in the area.

According to the report, the ship, "Helios Ray", belongs to the "Ray Shipping" company - a British firm owned by Ungar, whose ties with the chief of Mossad were not specified by Kan.

Ray Shipping confirmed to The Times of Israel that one of its vessels was damaged “when an explosion was heard in the Persian Gulf near the Straits of Hormuz.”

“The ship has 28 crew members. No one was hurt. The engine room was not damaged. It is on its way to the port of Dubai to fix everything necessary,” the company told the outlet.

Explosion reported Gulf of Oman 25/02/2021 2040UTC. It is reported Helios Ray has suffered an explosion. Vessel and crew believed to be safe. Please see below images for more information view @neptune_p2p #maritimesecurity pic.twitter.com/73I2Mes6RG

​UKMTO said that the ship suffered an explosion on Thursday, adding that there were no casualties. The agency did not clarify what caused the explosion.

Several Israeli media outlets quickly suggested that Iran was behind the attacks, with Channel 12 in particular asserting that the blast was caused by a missile fired from an Iranian ship.

The UK vessel hit by the explosion was sailing through the Gulf of Oman. Recently, the region has been a scene of tension between Washington and Tehran, after the former US president, Donald Trump, in 2018 unilaterally withdrew the US from the 2015 nuclear deal with Iran and imposed harsh sanctions against the Islamic republic.

US military activities in the region have prompted criticism from Iran, with Tehran's foreign minister Javad Zarif, denouncing the American B-52H high-altitude bomber aircraft "presence patrol" in the Middle East in January. Washington described the patrol as a "key part of CENTCOM’s defensive posture" in the region.