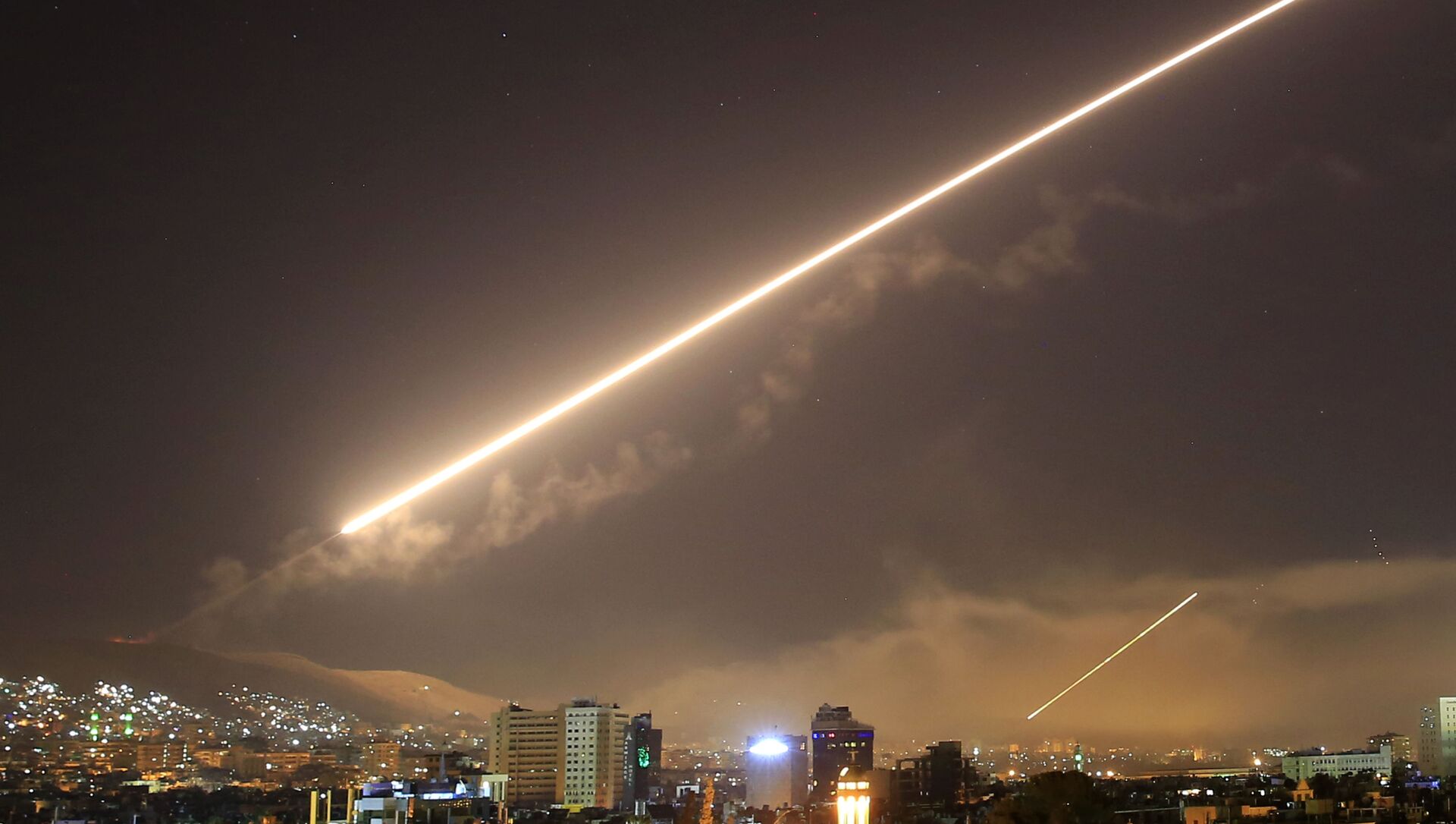 Daria Bedenko
All materialsWrite to the author
The airstrikes come after a series of recent rocket attacks that occured in Iraq and targeted US assets. While the US said it is still investigating the attacks, State Department said that rockets used in the attacks were "Iranian-made" and "Iranian-supplied".

On Thursday, following media reports that the US had carried out an airstrike against "Iran-backed" militia assets on Syrian territory, the US Department of Defense confirmed the information, saying that airstrikes were conducted in response to recent attacks in Iraq.

The Pentagon also confirmed that airstrikes were ordered by the US president, Joe Biden.

According to the DoD statement, multiple facilities that had been used by militant groups, such as Kata'ib Hezbollah and Kata'ib Sayyid al-Shuhada, were destroyed.

"At President Biden's direction, US military forces earlier this evening conducted airstrikes against groups in eastern Syria. These strikes were authorized in response to recent attacks against American and Coalition personnel in Iraq, and to ongoing threats to those personnel", the statement read.

The Pentagon highlighted that the attack, described as a "proportionate military response", was conducted "together with diplomatic measures, including consultation with Coalition partners".

"The operation sends an unambiguous message: President Biden will act to protect American and Coalition personnel. At the same time, we have acted in a deliberate manner that aims to de-escalate the overall situation in both eastern Syria and Iraq", the statement read.

The UK-based Syrian Observatory for Human Rights said on Friday that at least 17 pro-Iran fighters were killed in the airstrikes.

"The strikes destroyed three lorries carrying munitions... There were many casualties. Preliminary indications are that at least 17 fighters were killed, all members of Popular Mobilisation Forces," the director of the SOHR, Rami Abdul Rahman, told AFP.

According to The Washington Post, citing an anonymous US official, the single strike targeted "a cluster of buildings and was believed to have killed up to a handful of people".

Reuters reported earlier, citing unnamed US officials, that the United States by Biden's order, had conducted an airstrike targeting a "structure belonging to what it said were Iran-backed militia".

According to Reuters, the move "appeared to be limited in scope, potentially lowering the risk of escalation". The news agency also outlined that the decision to strike only in Syria would "give the Iraqi government some breathing room as it carries out its own investigation" into recent attacks.

The airstrike followed a series of missile attacks against US assets in Iraq that occurred earlier in February. Iraqi officials asserted that Iran stood behind the attacks - a claim that Tehran has rejected.

On Wednesday, the White House said that Biden and Iraqi Prime Minister Mustafa Al-Kadhimi had discussed the attacks and agreed that those responsible for them "must be held fully to account." 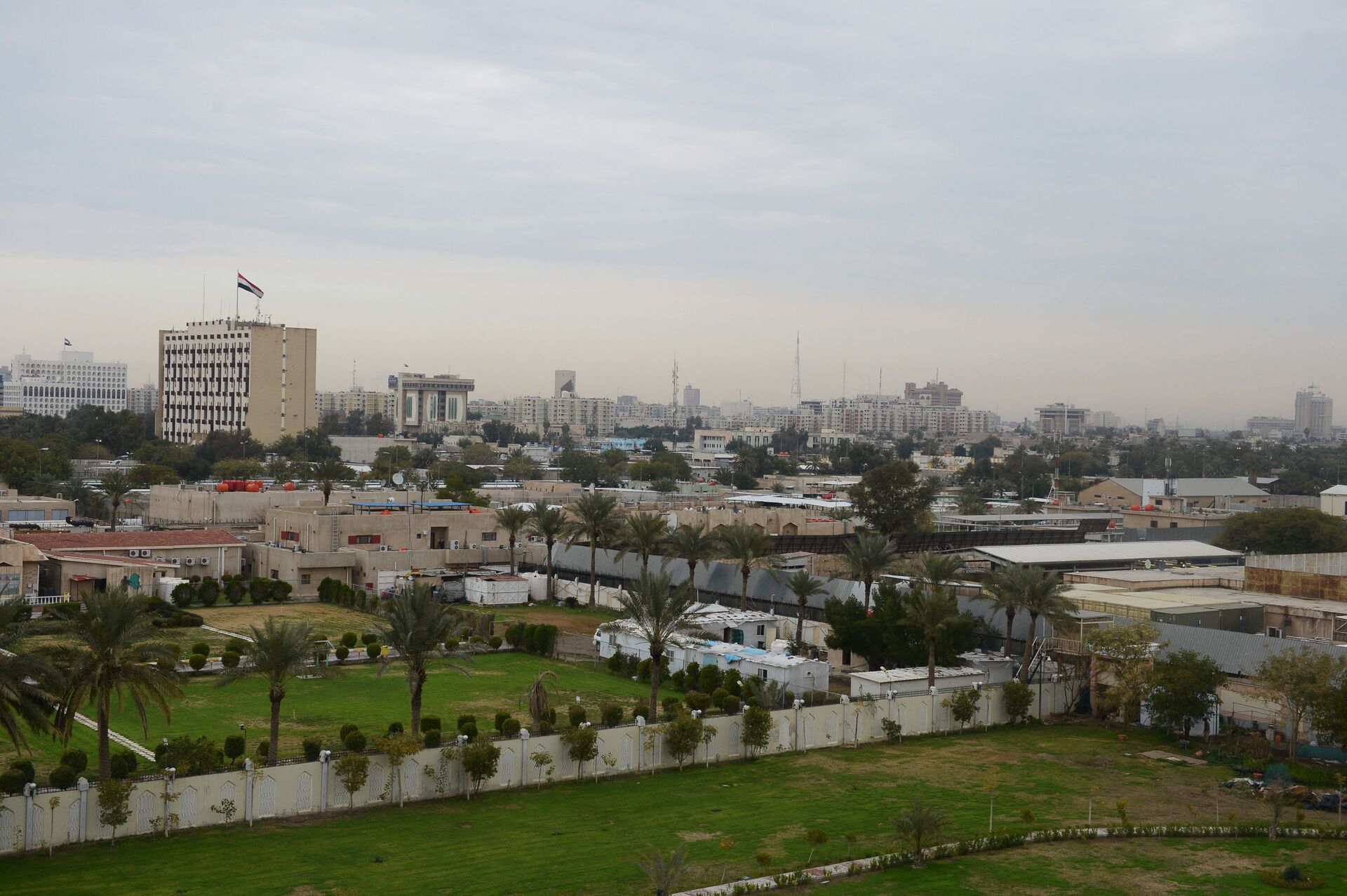 The area of the so-called "International Zone" ("Green Zone"), is where the Palestine Hotel, the Monument to the Unknown Soldier, the US Embassy, and the former airport seized by Allied forces in March 2003 are located.
© Sputnik / Sergey Mamontov
/
Go to the photo bank

The rocket attacks began last week. On 15 February, about a dozen rockets targeted the Erbil Air Base in Iraqi Kurdistan, killing a civilian military contractor and injuring nine others. Responsibility for the attack was reportedly claimed by a Shiite militant group, Saraya Awliya al-Dam.

On 22 February, the Iraqi military said that several rockets had hit the Green Zone in the country's capital city of Baghdad, where the US embassy is situated, causing no casualties. Another strike damaged several buildings in Al-Harithiya, a nearby residential neighbourhood.

US State Department spokesman Ned Price said that the US DoD was investigating the attacks and had not yet placed responsibility. However, he outlined that the US "will hold Iran responsible for the actions of its proxies that attack Americans", claiming that the rockets used in the attacks were "Iranian-made" and "Iranian-supplied".