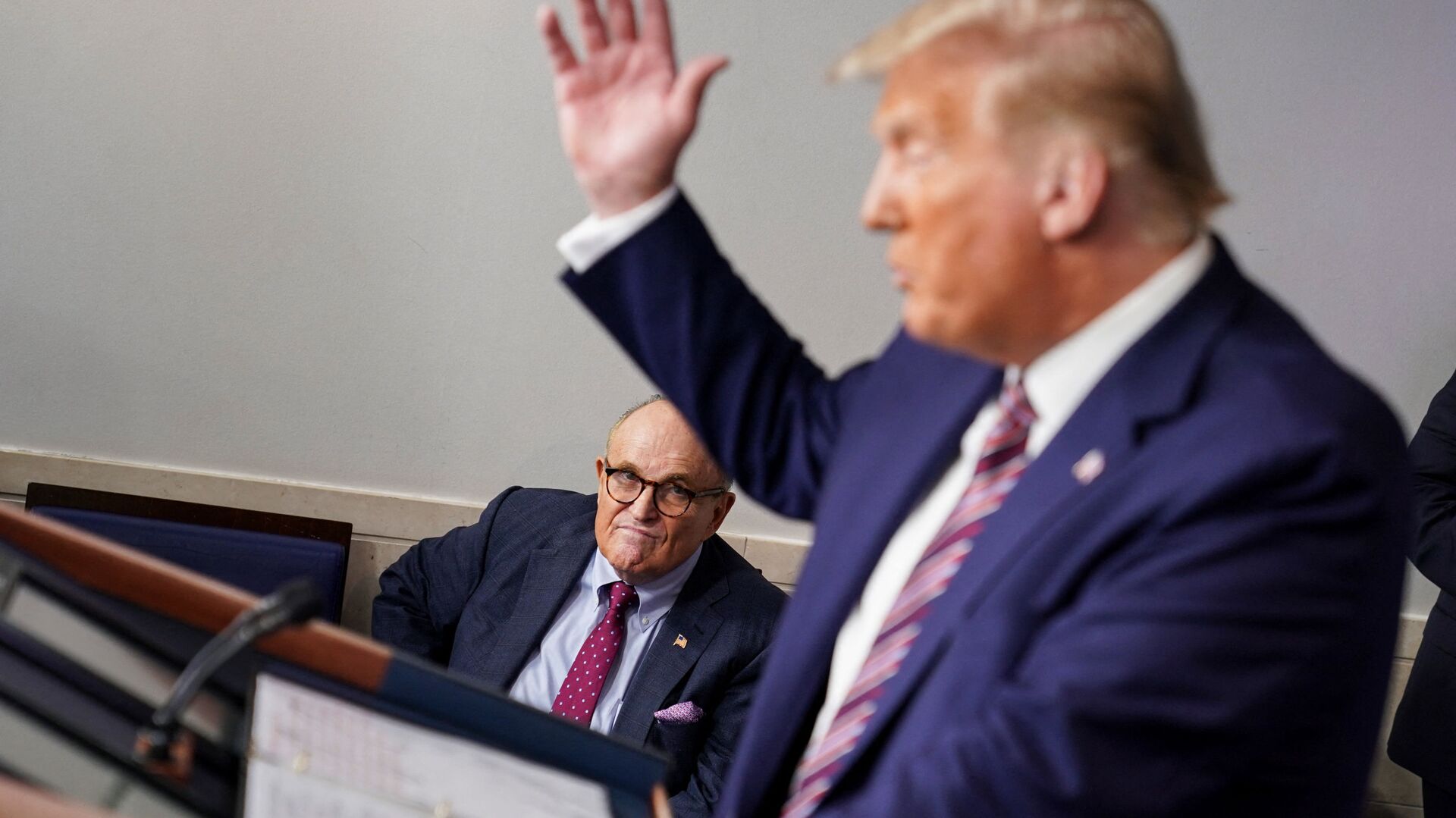 Alexandra Kashirina
All materialsWrite to the author
The former US president, Donald Trump, has not spoken publicly since departing the White House, and all of his accounts on major social media platforms have remained suspended following the deadly 6 January Capitol uprising. Nevertheless, Trump is considered by many in the GOP as a likely Republican candidate in the next presidential race.

Trump will harshly criticise the current US president, Joe Biden, and make reference to the 2024 presidential election in US in remarks to the annual Conservative Political Action Conference (CPAC), The Hill reported on Wednesday, citing an unnamed source claiming to be familiar with Trump's remarks.

The former US president is expected to attack his successor regarding the latter's initiatives. Biden’s immigration policy is expected to be targeted, particularly his purported leniency toward illegal immigrants and his return to a “catch and release” policy that saw widespread dissatisfaction among congressmen and other officials of the Republican party.

Trump’s potential address at the CPAC has drawn wide attention as rumors of a future candidacy continue to boil. Earlier, Axios reported that Trump would refer to himself at the conference as the GOP’s "presumptive 2024 nominee".

Trump will speak on Sunday at a CPAC to be held in Orlando, Florida, on 25-28 February. He will reportedly talk about the future of the Republican Party and the conservative movement. According to Trump’s senior adviser, Jason Miller, the former will provide his views on ways that the GOP can retaliate in the 2022 elections in Congress and in the presidency in 2024.

The speech will be Trump’s first appearance at a political event since he left the Oval office after losing the November 2020 election. He earlier established a post-presidency office in his Mar-a-Lago resort in Florida in order to stay involved in politics.