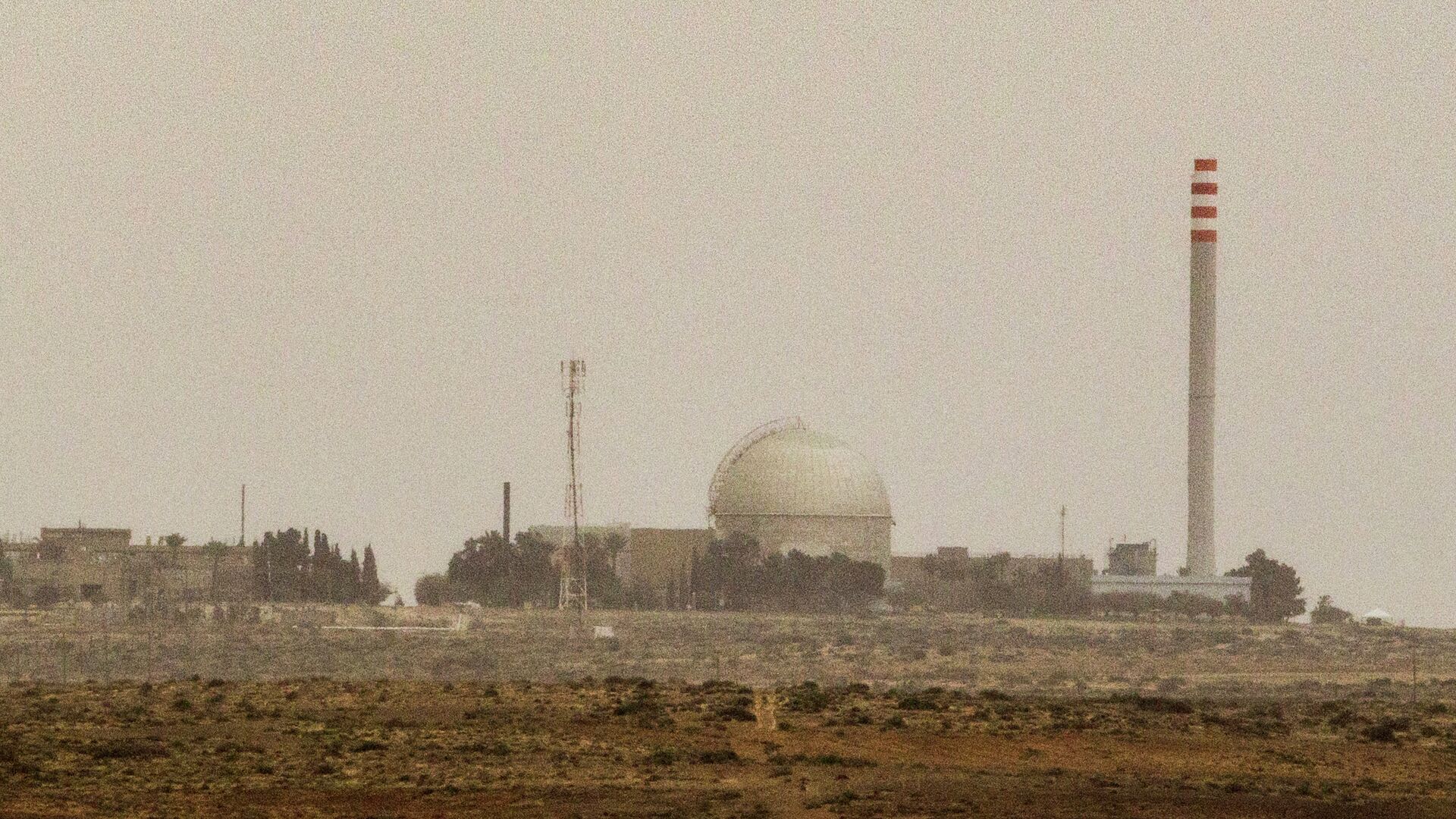 Ilya Tsukanov
All materialsWrite to the author
Israel’s policy of nuclear ambiguity means that it neither confirms nor denies its possession of nuclear weapons. However, the Stockholm International Peace Research Institute estimates that the country has about 80 nukes, about thirty of them aircraft deliverable, and the rest placed aboard medium- and intercontinental-range ballistic missiles.

The Shimon Peres Negev Nuclear Research Center, the top secret Israeli underground nuclear facility outside Dimona, is believed to have provided Tel Aviv with its status of a nuclear power. It is in the middle of its largest construction project in decades, AP reports, citing an analysis of satellite photos by private Earth imaging company Planet Labs Inc.

The images, said to have been taken during a satellite overflight on 22 February 2021, show the digging of a large pit about 150 meters by 60 meters, and several stories deep, with the dig situated several meters from the facility’s reactor. A 330-meter long trench can be seen running near the dig.

Additionally, boxes with concrete bases are seen situated about two kilometres west of the reactor. AP points out that similar concrete pads are often used to entomb nuclear waste.

The dig is believed to have started in 2019. Its purpose is not clear, and Israeli officials have not commented on the satellite snaps.

The AP story follows a similar report last week by the International Panel on Fissile Material, an independent group of arms control and non-proliferation experts. The group similarly reported that “significant new construction” was in progress at the Israeli nuclear facility. The earlier report’s conclusions are based on an analysis of commercially available satellite imagery.

Israel secretly began construction of the Dimona nuclear facility in the late 1950s, receiving French assistance, with construction proceeding outside the International Atomic Energy Agency’s regulatory and inspection regime. US intelligence believes that the production of nuclear bombs at the facility began in the mid-1960s, and that the country had built up to 13 nukes by 1967. In 2007, a pair of Israeli journalists concluded that the USSR planned a secret mission to destroy the facility during the Six-Day War.

This arsenal is believed to have grown significantly since the 1960s, with estimates of the country’s nuclear capabilities ranging wildly, from 80 to 400 nuclear warheads, with the weapons thought to be deliverable by ground-based missiles, aircraft and cruise missiles launched by submarines.

Israel maintains a policy of nuclear ambiguity, meaning it neither confirms nor denies that it possesses nuclear weapons. At the same time, the country adheres to the so-called Begin doctrine of preventative strike attacks on Middle Eastern adversaries it believes may be developing nukes. Such an attack was carried out against Iraq in 1981, and another against Syria in 2007.

Israel ‘Will Do Everything’ to Prevent Iran Getting Nuclear Weapons, Netanyahu Says
Despite claiming for a better part of the past decade that Iran may be “weeks or months” away from nuclear weapons, Tel Aviv has not attacked the Islamic Republic to try to halt its alleged nuclear ambitions. Tehran denies possessing a nuclear weapons programme, or weapons of mass destruction of any kind, and has urged the US and Israel repeatedly to dismantle their WMDs.

On Saturday, Iranian Foreign Minister Mohammad Javad Zarif mocked Western powers over their inaction amid the reports of construction at Dimona, tweeting a message addressed to the IAEA, Joe Biden, Boris Johnson, Emmanuel Macron and Angela Merkel asking them if they were “gravely concerned,” or at least “a little” worried about the reports. “I thought so,” he sarcastically added, referring to their silence.