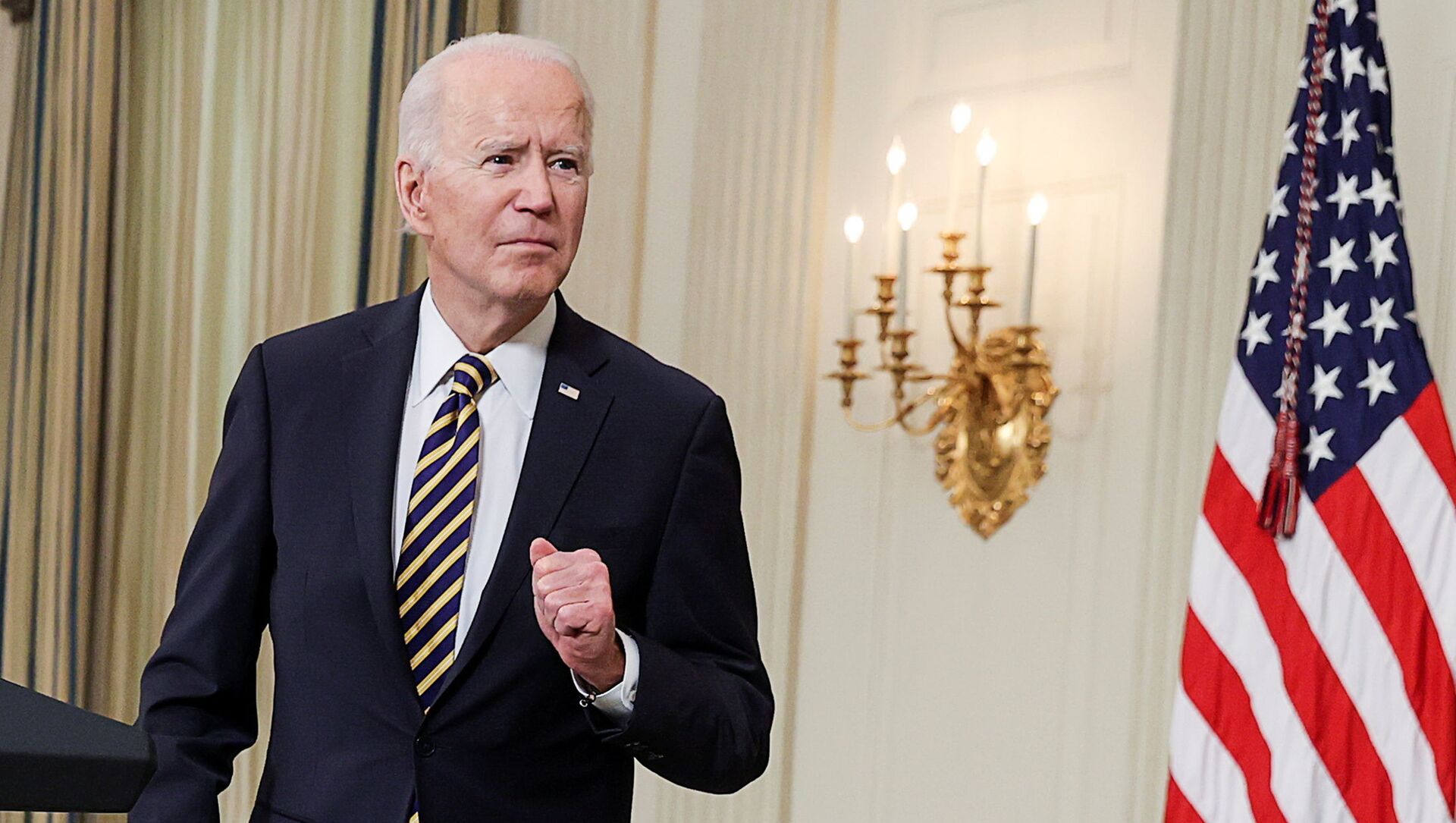 Demond Cureton
All materialsWrite to the author
The Biden administration signed the executive order after instability in the US chipmaking market amid America's ongoing trade war on China, launched by the former Trump administration, which restricted semiconductors and other key technologies to Chinese tech firms.

"We need help to stop — we need to stop playing catch up after the supply-chain crisis hit. We need to prevent the supply chain crisis from hitting in the first place. And in some cases, building resilience will mean increasing our production of certain types of elements here at home. In others, it’ll mean working more closely with our trusted friends and partners, nations that share our values, so that our supply chains can’t be used against us as leverage," Biden said in his speech.

The ongoing semiconductor shortage involves numerous industries, including automobiles and personal electronics, amid the coronavirus pandemic. Skyrocketing demand for mobile phones, laptops, and other electronic devices, along with the US' ongoing trade war with China and decreased manufacturing capacity in America, have sparked the crisis, MarketWatch reported.

Global auto sales have rebounded, namely in China, leading to increased demand and further shortages in the semiconductor market, while demand for advanced chips in smart vehicles has also fuelled the dearth, the report added.

"The shortage is largely the result of substantial swings in demand due to the pandemic and the increased use of semiconductors in advanced vehicles," he said in a statement.

Despite federal incentives in the US chipmaking market, lawmakers require funding for the provisions, he added.

The automotive industry kicked back "much more quickly than most anticipated." Chip sales decreased in March and April 2020 amid plant closures, but rose again in Q3 and Q4, with sales turning positive in Q4.

"SIA strongly supports the provisions enacted in the National Defence Authorisation Act [NDAA 2021] authorising federal incentives for domestic semiconductor manufacturing and investments in semiconductor research, as well as efforts to bolster manufacturing through an investment tax credit. But it is not enough to authorise these provisions. We must ensure they are fully funded," Yinug concluded.

The executive order comes amid the ongoing US trade war on China, which saw former US President Donald Trump restrict dozens of Chinese tech firms from accessing US chipmakers and banned them from doing business with American firms.

Beijing and Huawei, along with other major firms have repeatedly and strongly denied the claims.