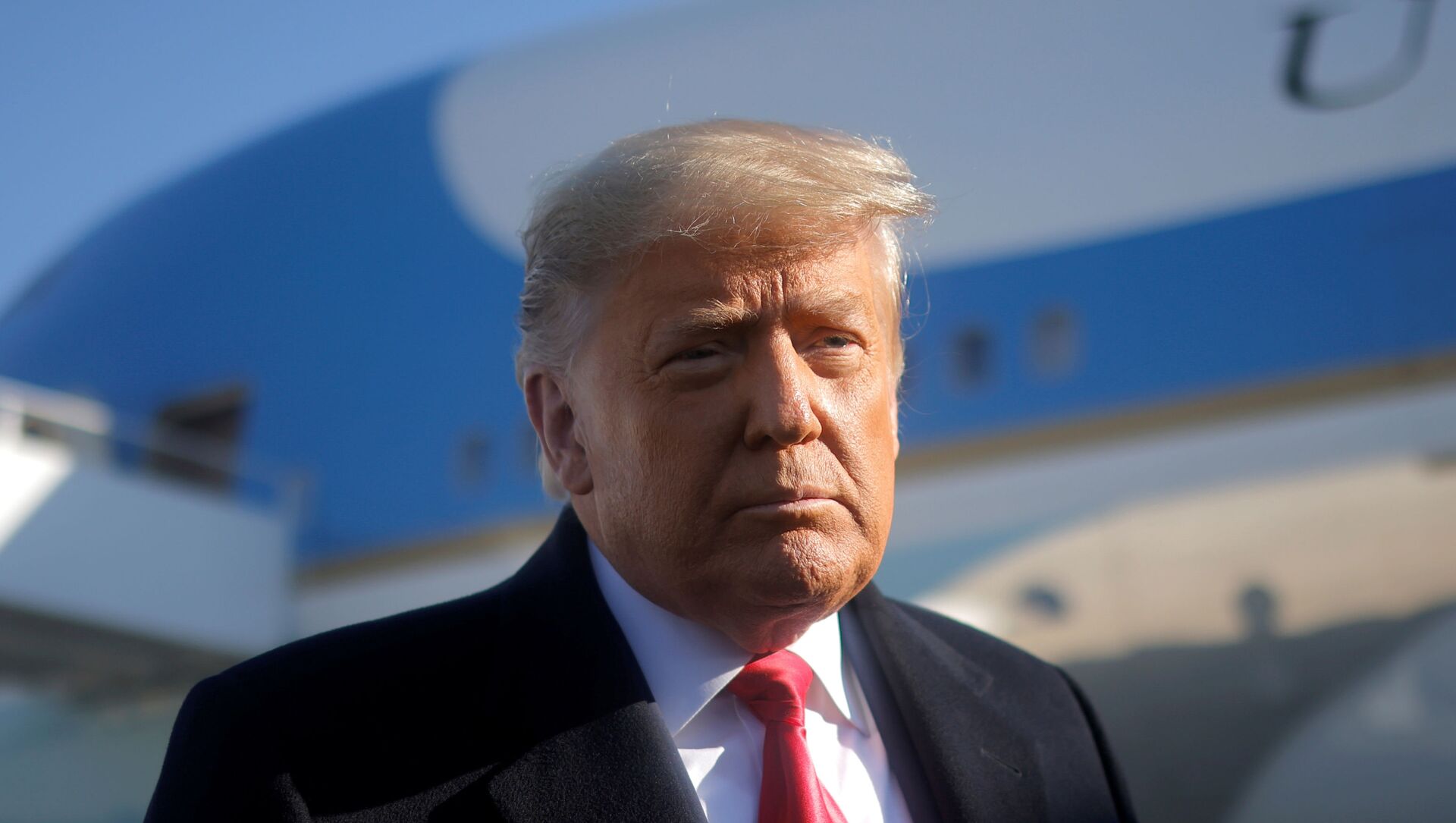 Ilya Tsukanov
All materialsWrite to the author
On Monday, in response to a Supreme Court ruling greenlighting the disclosure of his financial records, Donald Trump lashed out at the Democrats and New York Governor Andrew Cuomo, accusing them of trying to continue “the greatest political witch hunt in the history of our Country.”

“Our office obtained the records on Monday,” the spokesman said. Prosecutors are understood to have served a subpoena against Trump’s accounting firm, Mazars USA, to obtain the records immediately following the top court’s ruling.

The tax records, thought to number in the millions of pages and to account for the period between January 2011 and August 2019, follow a year-and-a-half-long legal battle over the files, which the Manhattan DA has sought to peruse for evidence of potential tax fraud. No formal charges have been filed in the case.

Judge Orders Release of Trump Organisation Documents in New York Probe
During the legal dispute, Trump’s lawyers complained about the District Attorney Office’s suspected biases, given that Vance Jr. is a lifelong Democrat and son of former Carter-era Secretary of State Cyrus Vance.

Vance filed his subpoena against Mazars USA in August 2019 on the basis of allegations that Trump paid off two women to keep them quiet about alleged affairs with the business mogul ahead of the 2016 presidential campaign. Trump denied the allegations and accused Democrats of a politically-motivated “witch hunt” against him similar to the now debunked Russiagate.

The files remain bound by grand jury secrecy rules and are not expected to be publicly released, but the investigation could hound Trump in the wake of the failed Democrat-led effort in Congress to permanently bar him from public office in the wake of the 6 January riots at the Capitol.

Along with the records themselves, the files are said to contain draft versions of the returns and “any and all statements of financial condition, annual statements, periodic financial reports, and independent auditors’ reports” held by Mazars USA.

“This investigation is a continuation of the greatest political Witch Hunt in the history of our Country, whether it was the never-ending $32 million Mueller hoax, which already investigated everything that could possibly be investigated, ‘Russia Russia Russia,’ where there was a finding of ‘No Collusion,’ or two ridiculous ‘Crazy Nancy’ inspired impeachment attempts where I was found NOT GUILTY. It just never ends!” Trump wrote from his @45office.com email account, which he has resorted to using after being banned on social media.

Bill Gates: Trump Should Probably Be Allowed Back on Social Media
The former president described the tax probe an “all Democrat-inspired” plot “in a totally Democrat location…completely controlled and dominated by a heavily reported enemy of mine, Governor Andrew Cuomo.”

Accusing his opponents of attempting to use “the law as a weapon,” Trump suggested that “that’s what is done in third world countries,” and called such attempts “fascism, not justice.” Trump promised to “fight” and “win” against those “persecuting” him.