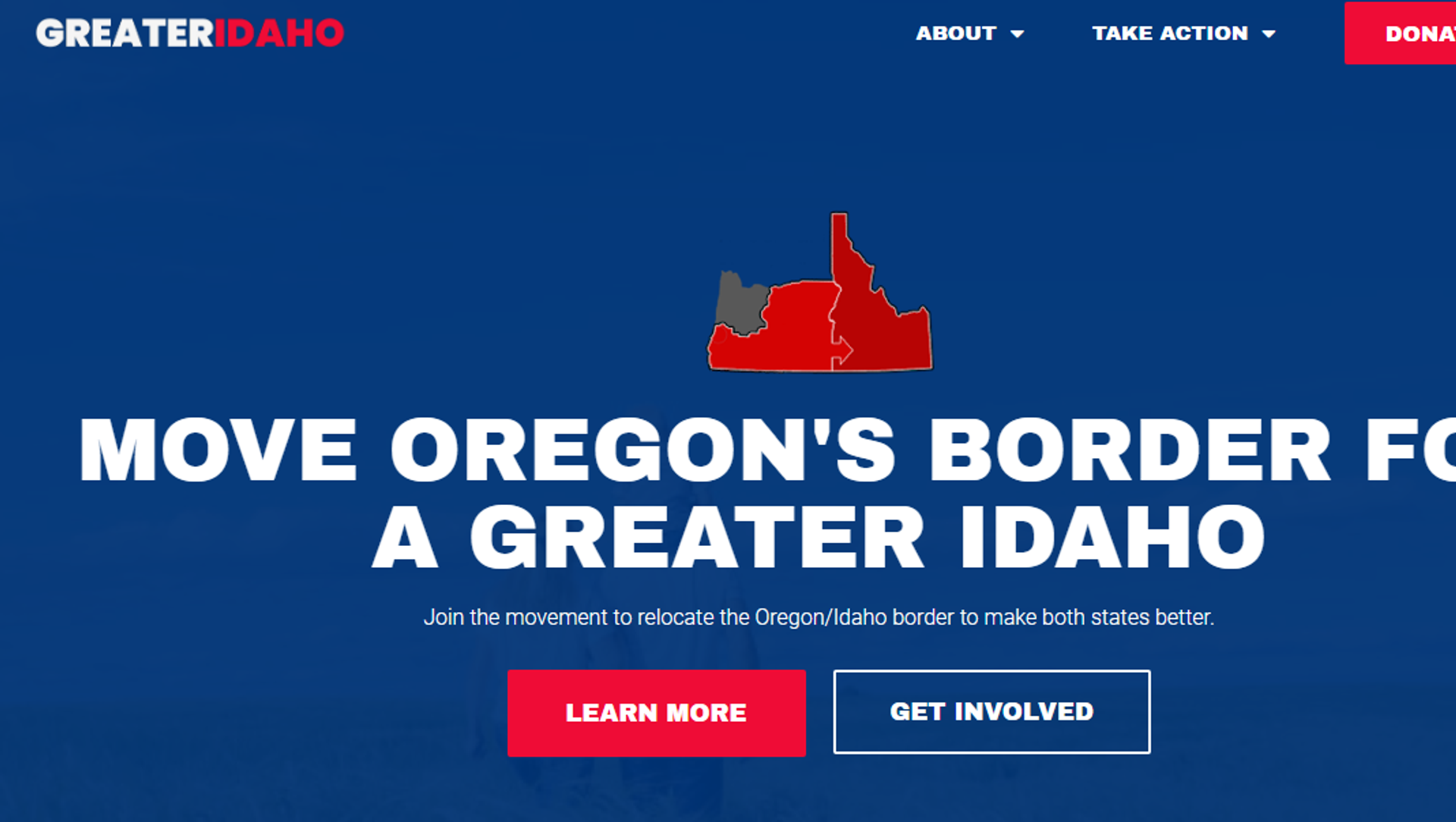 © Photo : Greater Idaho
Subscribe
Daria Bedenko
All materialsWrite to the author
The "Greater Idaho" movement is an initiative seeking to add several Oregon counties to the Gem State, with activists claiming that the border between blue state of Oregon and red state of Idaho is outdated and does not properly match the location of "the cultural divide" in the Beaver State.

Five Oregon counties will vote on leaving the state to join "Greater Idaho" in upcoming May elections, according to a Washington Times Wednesday report.

Baker, Grant, Lake, Malheur and Sherman counties will put the initiative to alter the state borders to the ballot, according to Mike McCarter, the leader of Move Oregon’s Border.

“Oregon is a powder keg because counties that belong in a red-state like Idaho are ruled by Portlanders,” McCarter said, adding that, "this state protects Antifa arsonists, not normal Oregonians, it prioritizes one race above another for vaccines and program money and in the school curriculum, and it prioritizes Willamette Valley above rural Oregon."

McCarter asserted that an initiative for several counties to join Idaho is not secession, since it does not intend to interfere with the balance of power in the US Senate or change the number of states in the country.

"We're not trying to change a single thing with Idaho," McCarter said of the Oregon counties, "We just want to come alongside them and maintain the values."

According to The Washington Times, in Baker County, organizers exceeded the 496 signatures required by submitting 746, with the county clerk noting that 630 of the signatures had been accepted.

A move by five Oregon counties, however, even if supported by voters, would also require the permission of three state legislatures and of both houses of the US Congress.

The activists with Greater Idaho claim that the border between the blue Beaver State and the red Gem State is "outdated" and does not properly represent what they refer to as a "cultural divide" in Oregon. According to the movement, rural counties are more conservative and, in his view, would be better off joining Idaho, "one of the 4 most conservative states in the country".

"Since then, we’ve met with several more, all in favor. Only a single Democrat criticized it", the group suggests on its website.

000000
Popular comments
Lets have a change the borders party and just do the whole US country! Red to the right. Blue to the left. Independents to Canada or Mexico! LOL