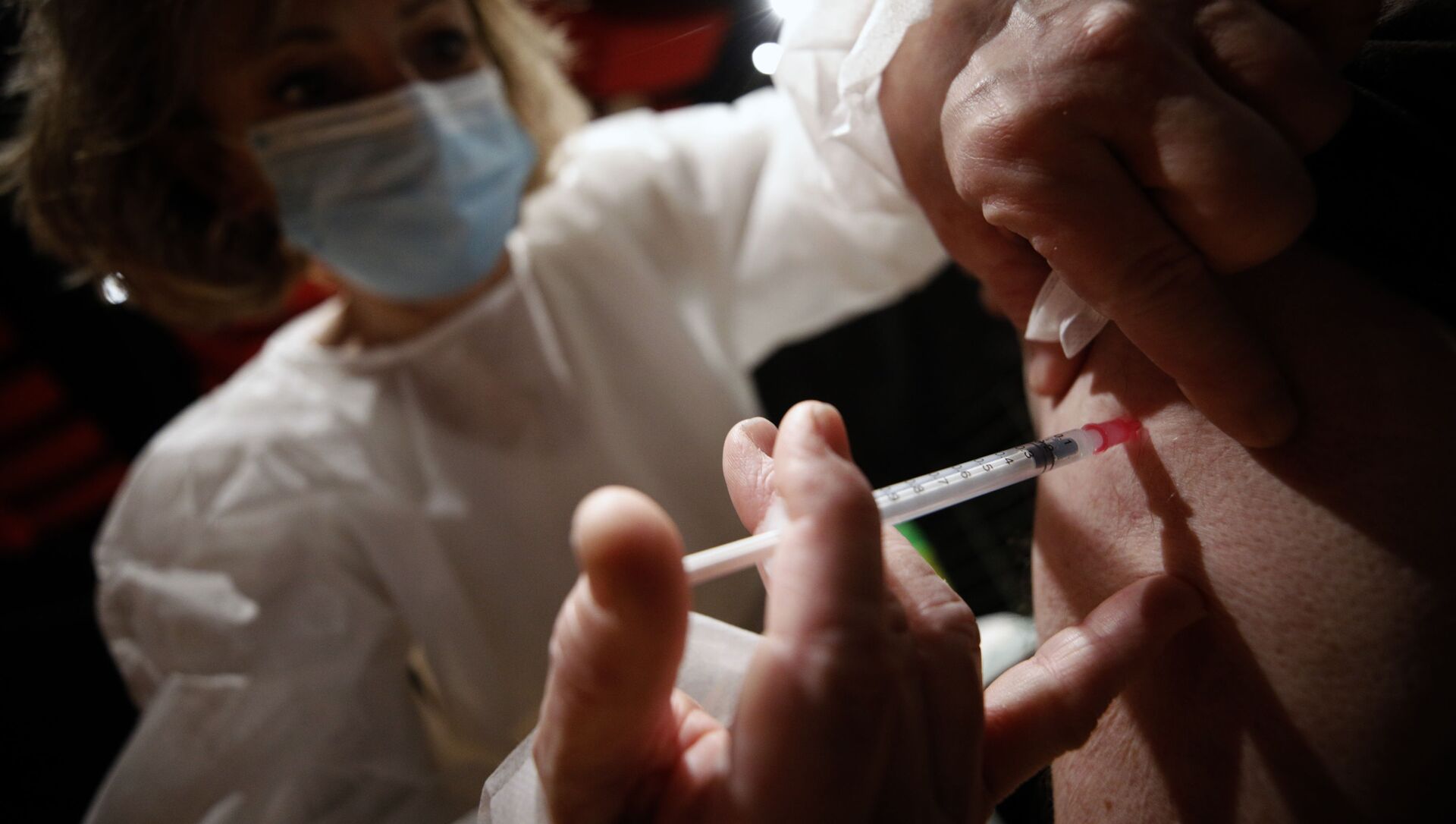 Svetlana Ekimenko
All materialsWrite to the author
France has avoided a third nationwide lockdown, tightening restrictions to stave off a new surge of virus cases, yet with an average number of new daily infections at about 20,000 and a slow-moving vaccine rollout linked to the EU’s struggle to secure a consistent supply of jabs.

Top scientists have warned that amid a sluggish pace of COVID-19 vaccination, fresh lockdown measures might be needed in France to avert a possible third wave of hospitalisations, reports the Daily Mail.

Experts at the Institut Pasteur were cited as saying that France's current pace of approximately 100,000 daily jabs is 'insufficient' to address the potential challenges posed by the highly contagious UK variant of the disease.

France’s vaccine rollout in the country’s battle against the pandemic has stalled, as it struggles to persuade its citizens to take the Oxford/AstraZeneca jab after some top officials questioned its effectiveness.

Amid the dire warnings, experts suggest that a third wave of hospitalisations could be slashed by up to a third if the nation invigorated the inoculation process, vaccinating over 400,000 people per day.

By mid-March, according to the French scientists, only 10 percent of the French population is expected to have been vaccinated, with the figures anticipated as having 'little impact on the dynamics of infection'.

Amid fears that the UK strain is believed to be more contagious, models suggest a transmission rate some 55 percent higher by April, with the British variant of the disease possibly comprising 56 percent of France's cases by 1 March.

“We expect that the vaccination may help delay the rise in hospital admissions by about two weeks. However, its impact may not be sufficient to balance the effect of the increased transmissibility of [the British variant]. Indeed, the number of hospital admissions might reach, in the second half of April 2021, levels observed at the peak of the French second wave and more than 4,500 daily hospital admissions at the peak, which would likely overwhelm the healthcare system,'” the Pasteur scientists are quoted as cautioning.

Failing to provide for the required hike in vaccinations, warn experts, there would be no avoiding 'additional control measures'.

Coronavirus infection rates remain stubbornly high in France despite months of restrictions keeping many businesses shut, including restaurants and leisure facilities, and a national curfew (18:00-06:00) in place.
From 3 January to 24 February 2021, there have been 3,566,830 confirmed cases of COVID-19 in france, with 84,621 deaths, according to the World Health Organisation.

On 29 January, when the European Medicines Agency (EMA) approved the Oxford-AstraZeneca vaccine for use for all age groups in the EU, French President Emmanuel Macron claimed it was "quasi-ineffective" for people over 65.

What share of the population has been fully vaccinated against COVID-19? #TREToday pic.twitter.com/HwDuyz7RD9

​A senior Brussels official was cited by The Telegraph as saying that Macron was asked about his comments by a number of EU leaders during regular video summits.

“The point was raised by some leaders indeed. I cannot say who and when it was raised. There are in some countries some doubts and I think that the question was more to get clarification on if it was true or not and since then I think the commission has reacted to this," said the source.

This comes as the European Union was “catching up” with the UK’s coronavirus vaccination programme, according to a statement by European Commission President Ursula von der Leyen, as the official fended off criticism of the slow rollout among the 27 member states.

​When asked whether she personally would agree to take the Oxford/AstraZeneca jab, she replied:

“I would be vaccinated with the vaccine from AstraZeneca just as safely as with the products from BioNTech/Pfizer or Moderna…The vaccine has been carefully examined, found to be safe and effective, and approved.”

France had also cited wariness over the AstraZeneca jab being approved for older people because of the small sample size of over-65s in clinical trial data.

Similarly slow progress has been achieved with the Pfizer and Moderna vaccines, writes the outlet, with 3.8 million jabs in France as compared to 18.6 million registered in Britain.

While under a nationwide curfew since 15 December, French government spokesman Gabriel Attal said the situation was deteriorating, citing a 'source of worry in about 10 regional departments' where 'rapid and strong' containment measures might be called for.