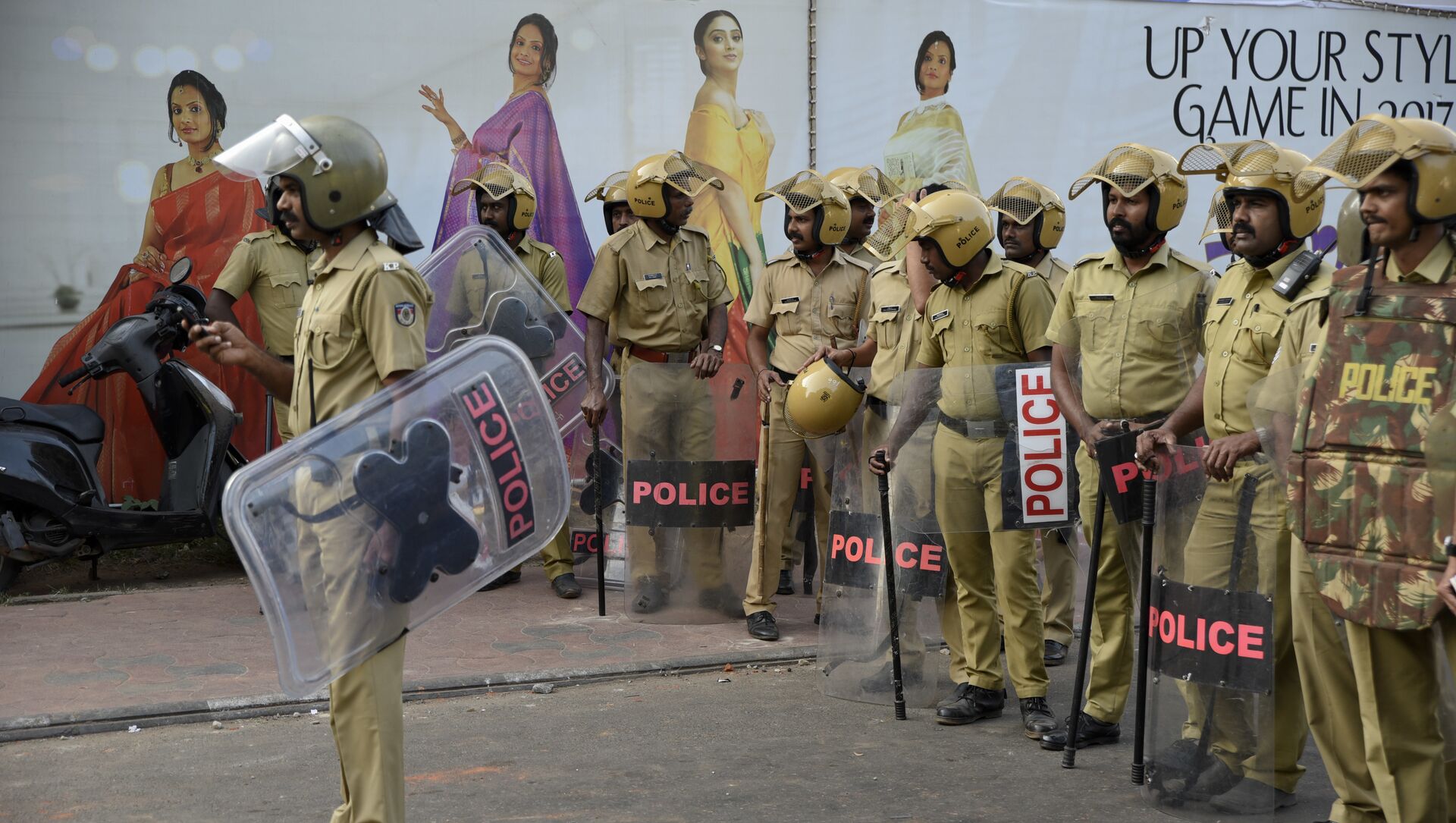 Deexa Khanduri
Sputnik correspondent
All materials
As the election in the southern state of Kerala is scheduled to be held in April-May, more incidences of political clashes from the state are being reported. The Bharatiya Janata Party (BJP) has never won an election in the state; unlike in other states of India, Kerala politics is dominated by the Communists and Congress party.

A worker from the Hindu nationalist outfit Rashtriya Swayamsewak Sangh (RSS) was killed in a political clash with Social Democratic Party of India (SDPI) workers on Wednesday night. SDPI is the political outfit of the Popular Front of India (PFI) in the state — it is under the scrutiny of several government agencies for its activities.

The deceased has been identified as Rahul Krishna, 22, a RSS teacher in a village in Alappuzha district. Three members of RSS and SDPI were also seriously injured in the clashes and were admitted to the district hospital.

Police security increased in the area to avoid escalation. According to the state media reports, eight members of SDPI were taken into police custody on Thursday morning.

Indian State of Kerala Decides to Withdraw Cases Against Sabarimala Temple Protesters Ahead of Polls
The BJP, meanwhile, has called for a dawn-to-dusk shutdown in the Alappuzha district on Thursday.

This is not the first case where a RSS worker has been killed in the state of Kerala. According to the local BJP Alappuzha district president MV Gopakumaleader, in 2020, about 15 RSS-BJP workers were killed in the political rivalry in the state.  While refuting the charges, the Left parties also accused opposition parties of spreading hatred in the state.

In December 2019, federal minister Amit Shah said in the Upper House of the parliament that more than 120 BJP-RSS had been killed in the state of Kerala in the past 10 years.