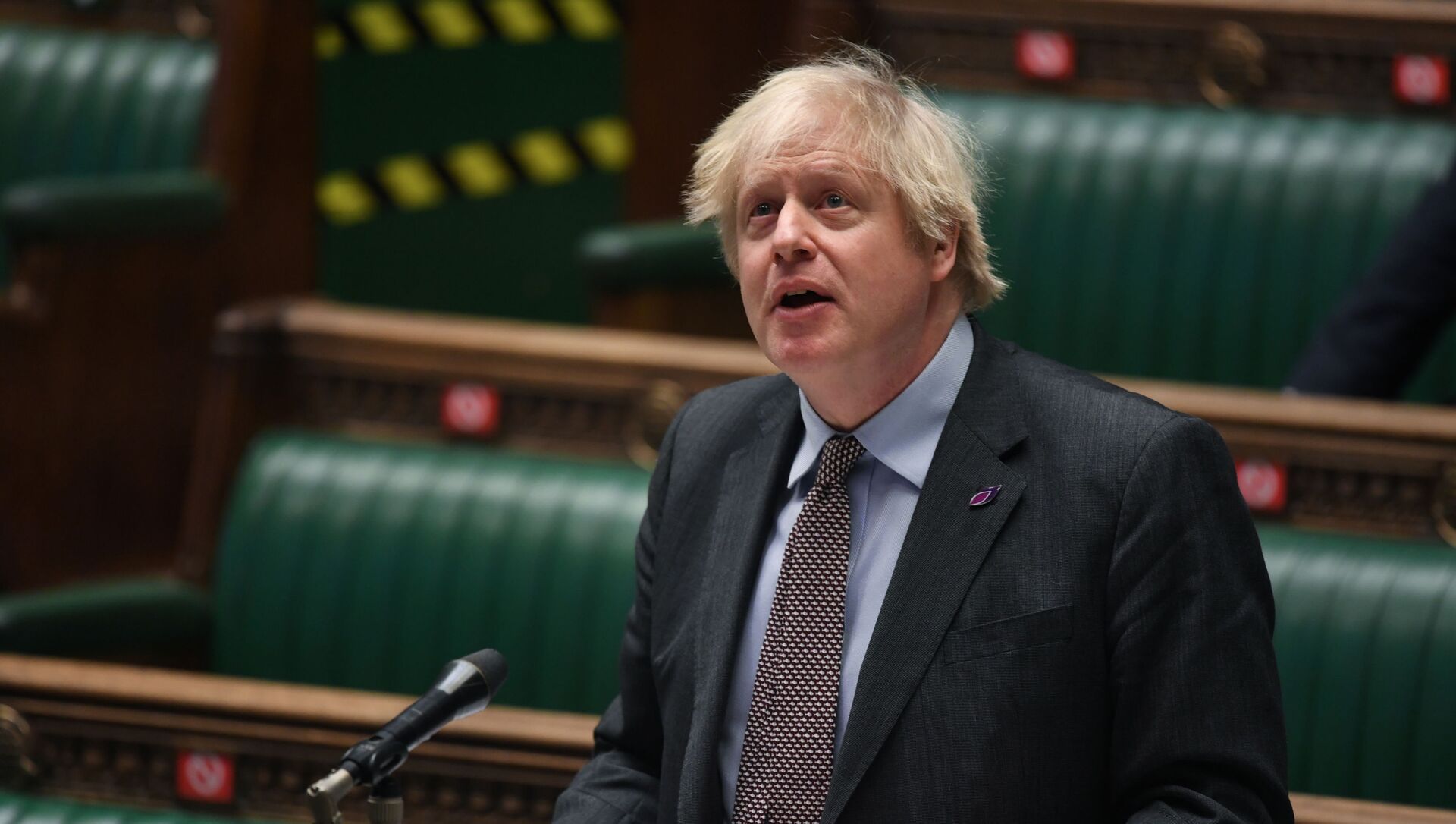 Demond Cureton
All materialsWrite to the author
The comments come amid an open letter backed by 180 human rights groups and Canadian MPs calling for a boycott of the major sporting event over alleged human rights abuses in China's westernmost region, souring ties between Beijing, London and Ottawa to historic lows.

China Slams Canada for 'Shameless' Genocide Vote on 2022 Winter Olympics as Relations Sour
Speaking at Prime Minister's Questions (PMQs), Johnson responded after being asked whether London would boycott the 2022 Winter Olympics in Beijing over alleged human rights abuses against Uyghur Muslims in Xinjiang.

Johnson said that it was correct to note the reportedly "appalling campaign" against Uyghurs in China's westernmost province but declined to back the boycott.

“He raises the point about a sporting boycott. We’re not normally in favour of supporting boycotts in this country ... and that’s been the long-standing position of this government,” Johnson said.

The comment comes just days after Canadian lawmakers voted unanimously to back a non-binding measure to declare China was "committing genocide" against over 1m Uyghurs in the region, which Beijing has strongly and repeatedly denied.

The vote would also pressure nations to join moves to relocate the Winter Olympics from Beijing to another city, it was found.

The measure from Ottawa sparked outcry from Chinese officials, with a spokesperson urging Canada to reflect on its own "tragic history" of genocide against indigenous people.

The UK's House of Lords recently introduced an amendment potentially banning British firms from doing business in Xinjiang, citing alleged human rights abuse and forced labour in the region, among others.