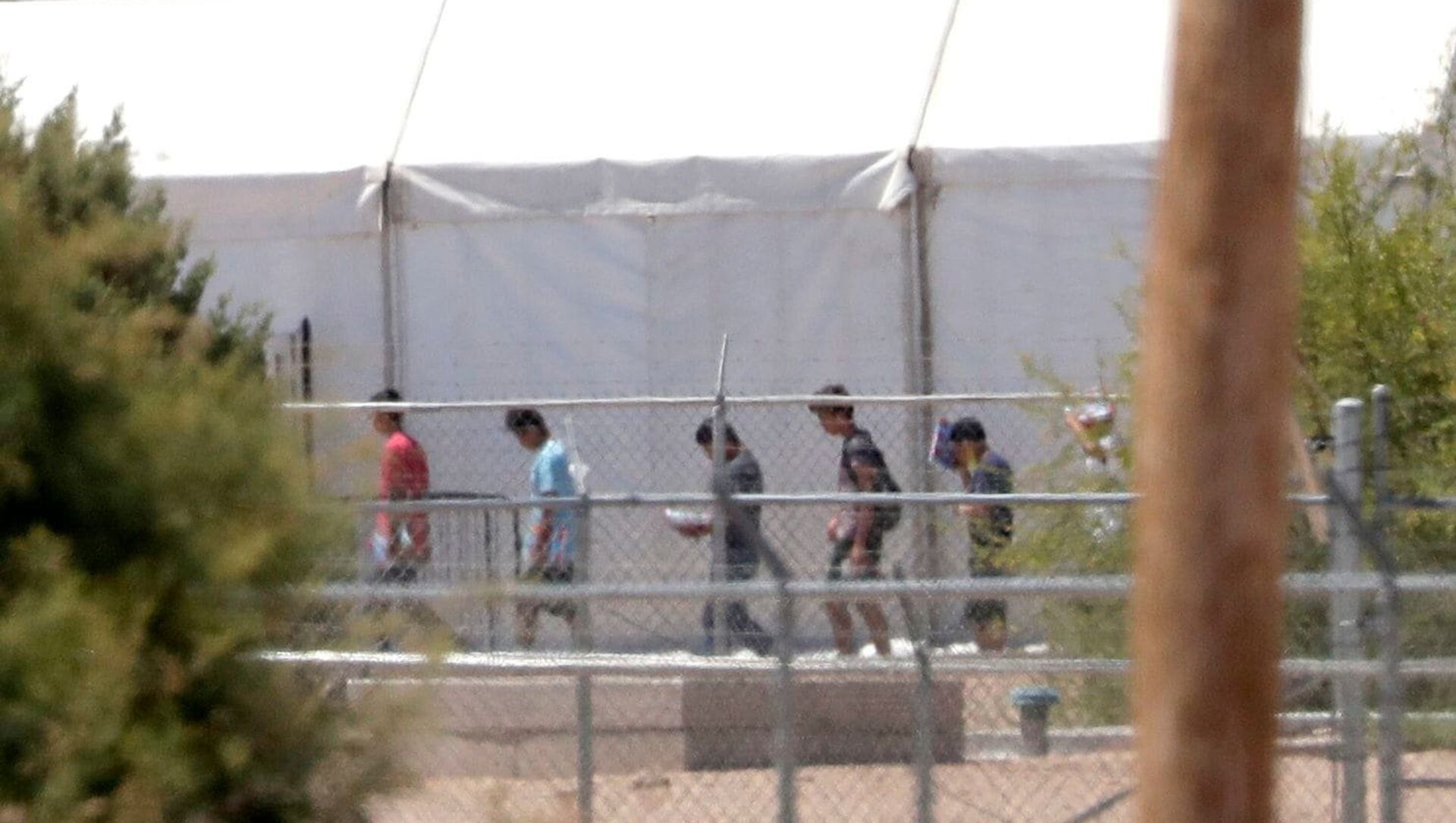 Svetlana Ekimenko
All materialsWrite to the author
The Department of Health and Human Services (HHS) announced on Monday that US authorities were reopening a temporary facility in the state of Texas to house an influx of migrant children arriving at the US-Mexico border without a parent, with the site to house up to 700 migrant youngsters aged 13 to 17.

Rep. Alexandria Ocasio-Cortez denounced the Biden administration on Tuesday for reopening a temporary facility for unaccompanied minors in Carrizo Springs, Texas and a shelter in Miami, Florida.

The Democrat emphasised the perceived hypocrisy of the move, as now-Vice President Kamala Harris had protested outside the Florida site back in June 2019.

At the time, a day after they clashed on stage in debates, several Democratic presidential hopefuls converged on the migrant detention centre in South Florida to voice their opposition to then-President Donald Trump’s handling of border security.

​Now, the politician, also known by her initials as AOC, went on Twitter to say that this was ‘not okay, never has been okay, never will be okay’.

This is not okay, never has been okay, never will be okay - no matter the administration or party. https://t.co/AEV7s7QQnB

​Alexandria Ocasio-Cortez also shared a Washington Post article reporting the opening, which government officials have dismissed as a temporary measure to tackle overcrowding brought on by the COVID-19 pandemic.

AOC wrote on her Twitter feed to slam the US immigration system, built on a ‘carceral framework’.
The New York politicians sentiments echo those of a growing chorus of voices questioning the reopening of the controversial camps.

Our immigration system is built on a carceral framework. It’s no accident that challenging how we approach both these issues are considered “controversial” stances.

They require reimagining our relationship to each other and challenging common assumptions we take for granted.

​In a bid to deflect some of the criticism from immigration lawyers and advocates, Mark Weber, a spokesman for the Department of Health and Human Services, which runs these facilities, was quoted by The Post as conceding that while permanent facilities would have been preferred, some youngsters would have to be housed in ‘influx shelters’, like Carrizo and Homestead, with the Texas one possibly closing after the pandemic ends.

This is a photo of the 'kids in cages' detention facility closed by Trump and being reopened by Biden in Carrizo Springs, Texas. Operated by private prison folks, who in total gave $5 million to his campaign. pic.twitter.com/r7ZUNucyZT

​He added that despite the facilities' reputations having been ‘tarnished’ during the Trump tenure, leading people to associate them with overcrowded detention centres run by Immigration and Customs Enforcement, migrant youngsters in HHS care (Carrizo Springs is run by the nonprofit BCFS Health and Human Services, a government contractor for the Office of Refugee Resettlement) received good care.

The Washington Post reported Monday that the emergency facility was being reopened to hold up to 700 migrant children aged 13 through 17, as the government struggled to expand accommodations because of the coronavirus pandemic, which forced capacity cuts to comply with social distancing protocols. 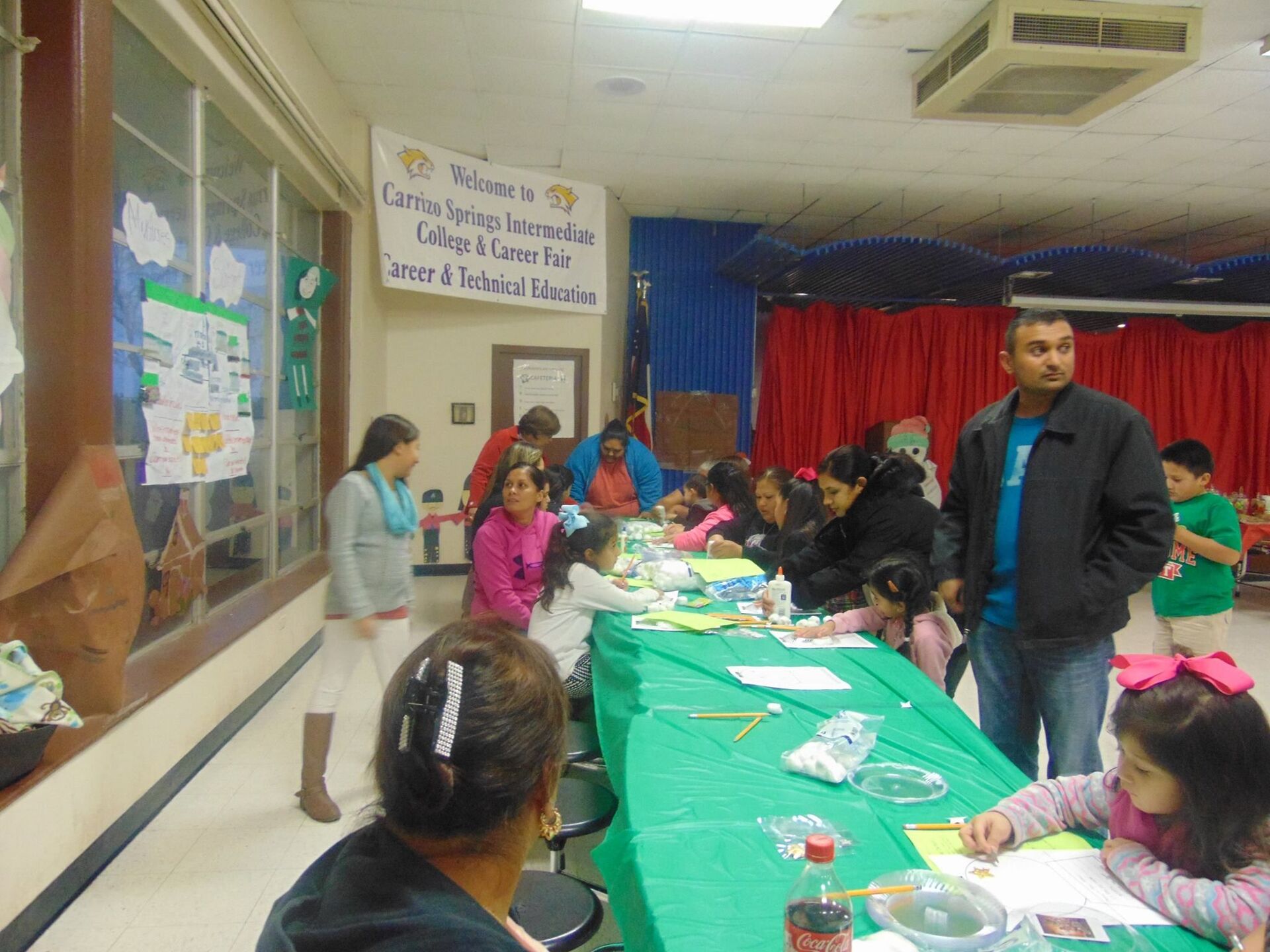 The situation is further compounded by the fact that the number of unaccompanied children crossing the border in January soared to over 5,700 – the highest overall figure for that month in recent years.

However, critics have decried the move, pointing out that the Trump-era facilities spawned endless protests and controversy among advocates for immigrants, lawyers and human rights activists over their conditions, as well as a reported lack of transparency in their operations.

US President Joe Biden announced after Inauguration Day that he would overhaul the Trump administration's so-called ‘zero-tolerance’ immigration policy as part of his campaign pledge to undo some of the ex-POTUS’ hardline strategies. 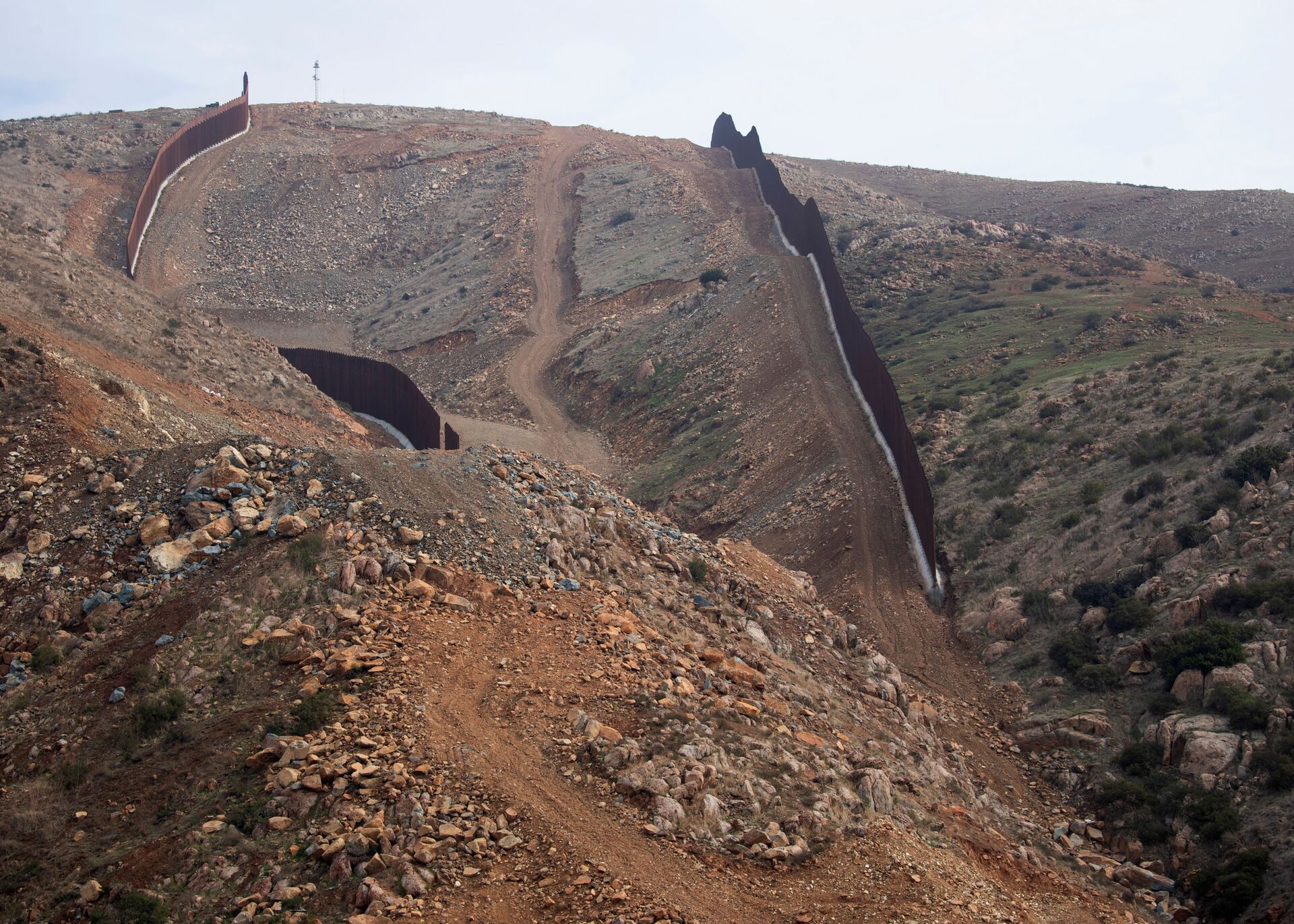 Orders were given to temporarily halt the construction of the border wall near America's frontier with Mexico; a sweeping immigration bill was revealed on 18 February.

The US Citizenship Act of 2021 would chart an eight-year path to citizenship for the 11 million undocumented people in the country, providing them with a new type of temporary status for five years. Pending that, they would be allowed to obtain citizenship after another three years.

While President Joe Biden also signed an executive order ordering the Department of Justice to curb the use of private prisons, he is yet to make any similar moves in regards to immigration facilities.