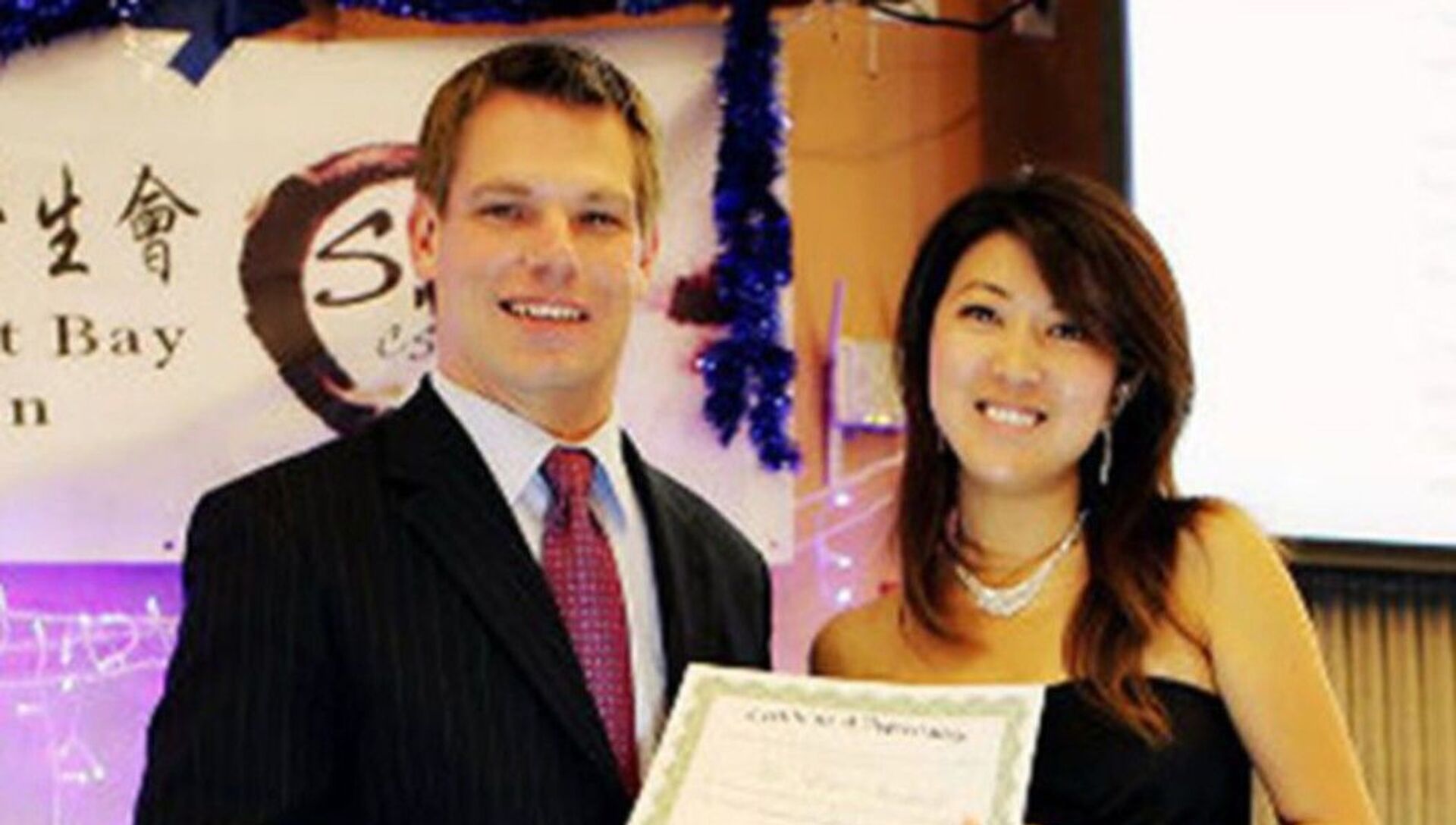 "As our nation faces a growing security threat from the Chinese Communist Party’s (CCP) attempts to infiltrate and undermine the United States Government, we write to request a full briefing regarding counterintelligence threats to Members of Congress, including information related to Rep. Eric Swalwell’s ties to a suspected Chinese intelligence operative," the memo read.

"Public reporting indicates that between 2011 and 2015, Rep. Swalwell was among a group of Members who were targeted by Christine Fang, an individual now reasonably suspected to be an intelligence operative for the Chinese government," the GOP lawmakers wrote. "In light of Fang's infiltration of Rep. Swalwell's inner circle, we believe Members of Congress must know the full extent of the CCP's efforts to target Members of Congress."

Swalwell, who ran for the Democratic nomination in the 2020 presidential primaries, has been in the House of Representatives since 2013, and has served on the House Committee on Homeland Security US House and the Permanent Select Committee on Intelligence.

Unconfirmed reports from December 2020 linked Fang to China’s Ministry of State Security, claiming she was acting on orders from the premier intelligence organization while working with and around prominent local California politicians. 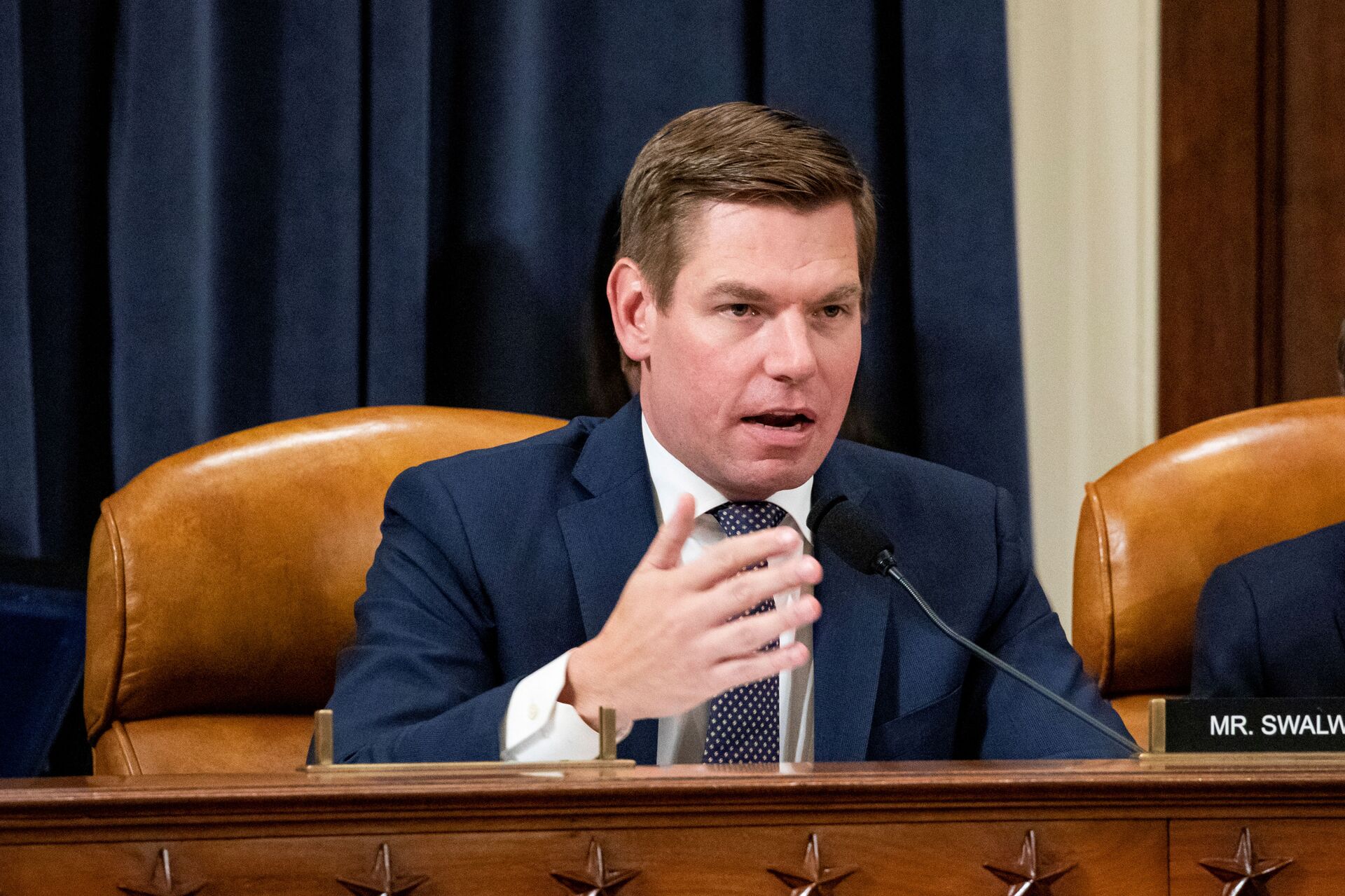 "The potential breach of our national security is especially concerning due to Rep. Swalwell's position as a member of the House Committee on Homeland Security, where Members have access to our nation's most sensitive classified information," they wrote. "This includes information classified as Top Secret."

The GOP lawmakers argued that because the agency has said China's ruling party "is engaged in a highly sophisticated malign foreign influence campaign, and its methods include bribery, blackmail, and covert deals," details of Swalwell's relationship with the alleged Chinese operative should be delivered to the House Committee on Homeland Security and US House Permanent Select Committee on Intelligence.

"We must ensure the Committee can safeguard Top Secret information and make an informed decision regarding Rep. Swalwell's future access to classified information," lawmakers concluded.

At their earliest point of contact, Swalwell was a city councilmember for Dublin, California, and Khanna was campaigning to secure a seat in the House of Representatives.

Fang was reportedly collecting donor checks for Swalwell's House re-election in 2014, and was involved in the placement of an intern in the congressman's office. However, Swalwell cut ties with Fang after US intelligence officials expressed concerns about her dealings with him.

Late last year, Swalwell declared that allegations leveled against him were a result of his opposition to then-President Donald Trump during the impeachment process.

"I’ve been a critic of the president. I’ve spoken out against him. I was on both committees that worked to impeach him," he remarked. "The timing feels like that should be looked at."

Suspicions about the level of their relationship have yet to be confirmed and many have suspected that Swalwell and Fang may have been intimate - particularly after his office refused to comment, saying that matter of contact was "classified."

000000
Popular comments
There are thousands of Chinese working in American Government Departments , Corporations and vital Industries . And they stay back working long hours .