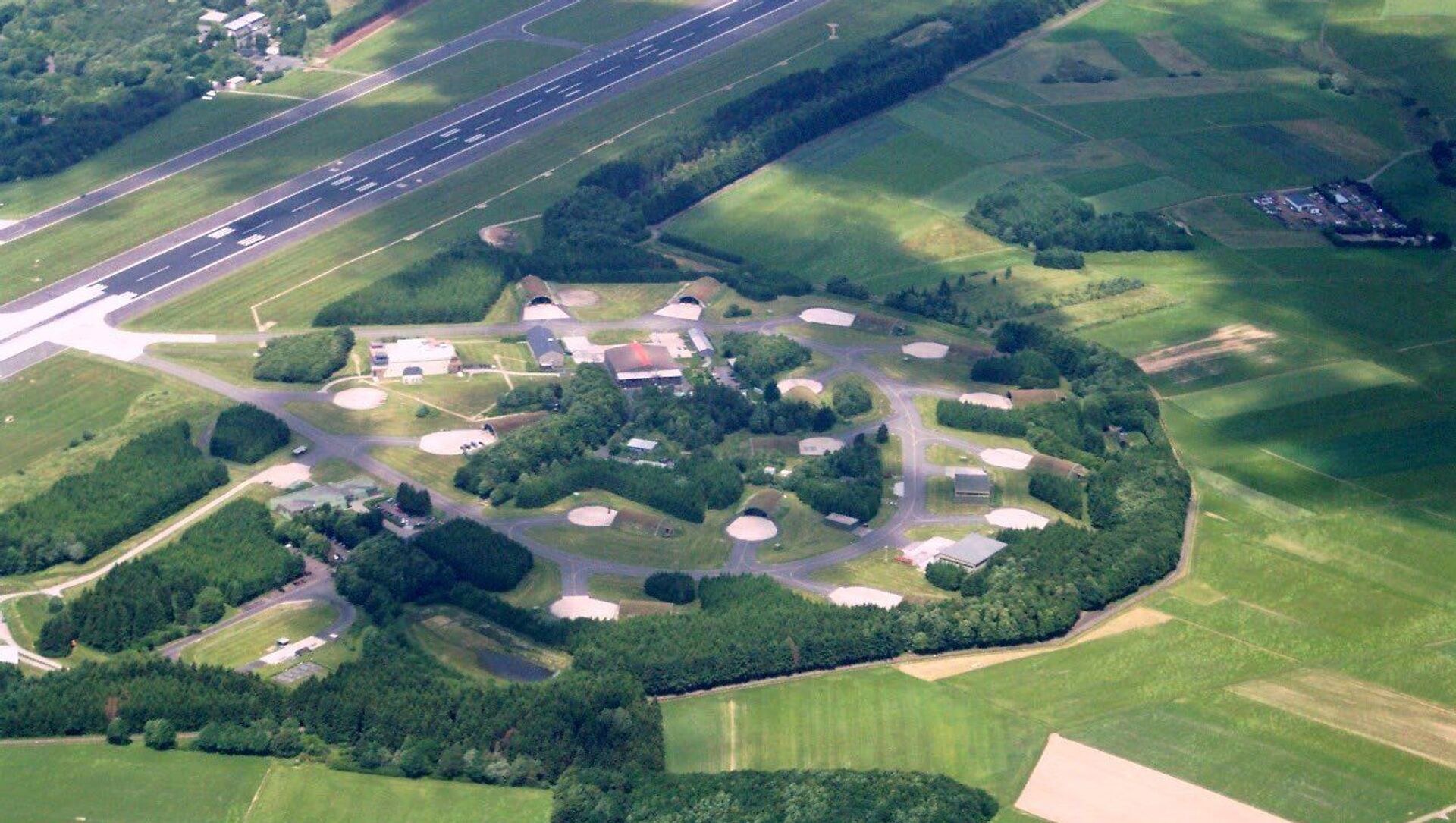 CC BY-SA 3.0 / Stahlkocher / Büchel Air Base
Subscribe
Ilya Tsukanov
All materialsWrite to the author
Last month, Russia and the Biden administration made a last minute deal to extend the New Strategic Arms Reduction Treaty (New START) for five years after months of waffling by Donald Trump. New START is the last major agreement on nuclear weapons between the nuclear superpowers following the US scrapping of two other treaties, in 2002 and 2019.

The United States must bring its nuclear weapons home and dismantle infrastructure for their deployment abroad, Russian Foreign Minister Sergei Lavrov has said.

"We consider it unacceptable for NATO to maintain its 'joint nuclear missions', which contradict the Treaty on the Non-Proliferation of Nuclear Weapons (NPT). American nuclear weapons must be returned to US territory, and the foreign infrastructure for their deployment must be eliminated," Lavrov said, speaking to participants of the Conference on Disarmament in Geneva by video on Wednesday.

The Russian top diplomat recalled that the Trump administration had rejected the 1985 Reagan-Gorbachev Principle that "a nuclear war cannot be won and must never be fought", and urged the new administration to make a formal commitment in this area.

"We consistently stand for the need for Russia, the US and other members of the 'nuclear five' [the UK, France and China] to reaffirm the fundamental formula that there cannot be a winner in a nuclear war, and that such a war should never be unleashed. I repeated this proposal to Secretary of State Antony Blinken in our telephone conversation on 4 February," Lavrov said.

In 2019, the Trump administration scrapped the 1987 Intermediate-Range Nuclear Forces Treaty, a Europe-focused agreement which prohibited the development, deployment and use of ground-based nuclear weapons in the 500-5,500 km range.

In his remarks Wednesday, Lavrov also indicated that the offer Russia made to the previous administration to reduce the fallout from the scrapping of the INF Treaty remains applicable under the new one: "Our offer remains in force: we will not deploy such ground-based missiles in regions where similar US-made missiles are not deployed. We call on NATO member states to take similar reciprocal steps. Our exact proposals on mutual verification measures are well-known," the foreign minister said. 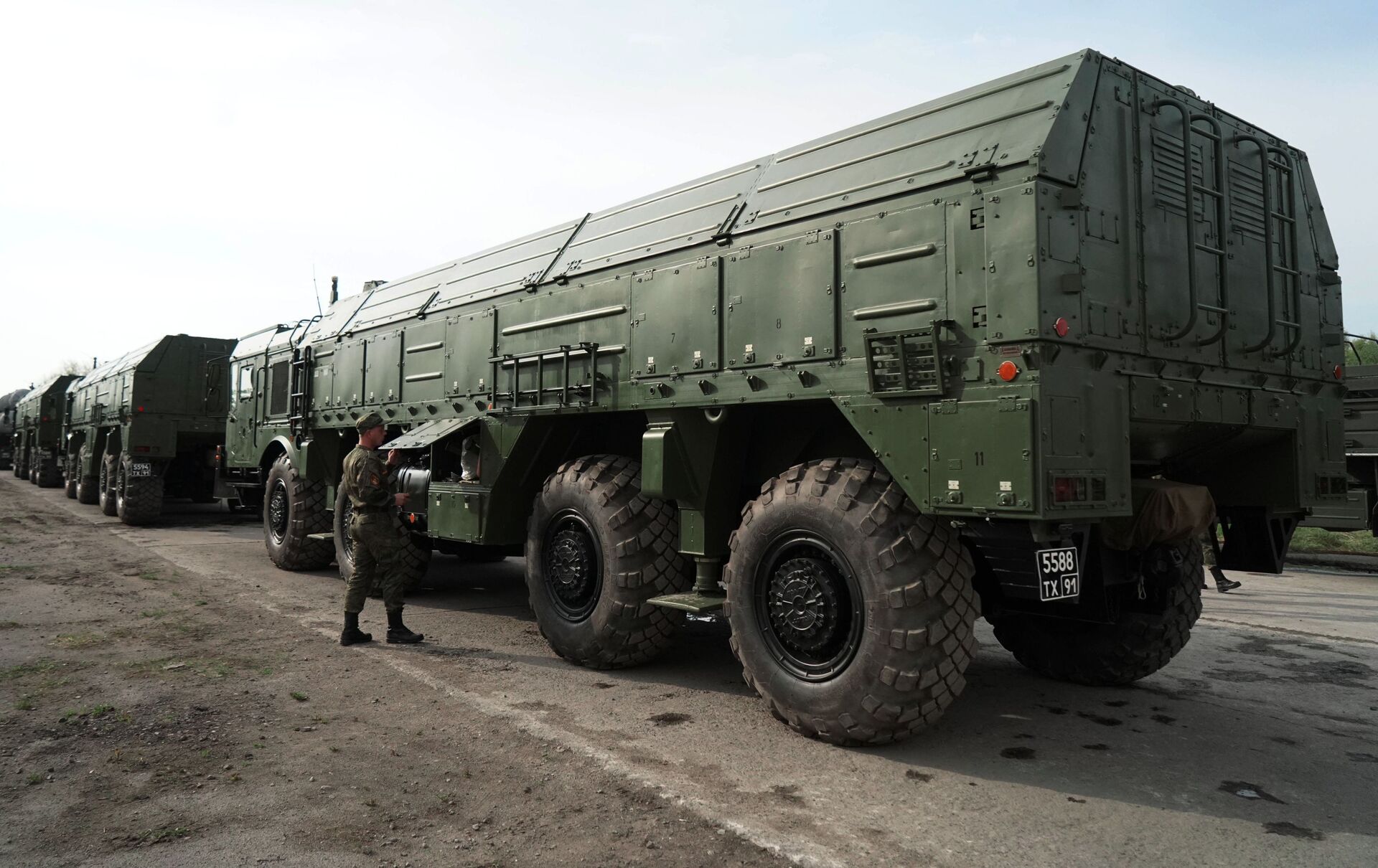 Lavrov also expressed Moscow's concerns with the growing danger of an arms race in space, given the possibility of the US and its allies trying to deploy offensive weapons there. Russia, he said, remains "committed to the non-discriminatory use and study of space for peaceful purposes".

"There is still a chance to work out generally accepted, legally binding measures which can prevent a military confrontation in outer space. The Russian-Chinese draft treaty on the prevention of the deployment of weapons in outer space, and against the use of force or the threat of force against objects in space, presented here at the Conference on Disarmament, is a good proposal on this basis," he said.

Russia Says Committed to Demilitarization of Space Amid US Claims About Anti-Satellite Weapons Test
In his address, Lavrov also called for the resumption of the activities of the United Nations Commission on Disarmament in New York. The forum's sessions were cancelled in 2019 and 2020 after US authorities refused to issue visas to members of the Russian delegation.

Lavrov also commented on the ongoing spat between Tehran and Washington about the Joint Comprehensive Plan of Action (JCPOA) Iran nuclear deal. Despite promises on the campaign trail that it would seek to rejoin the agreement, the Biden administration has so far failed to do so, instead demanding that Iran return to its commitments under the deal on uranium enrichment and stockpiling first. Tehran maintains its up to the US to first drop all sanctions.

Zarif Mocks Western Hypocrisy Over Reports About Israeli Nuke Facility Expansion
"In the context of the NPT review, it is also necessary to have a constructive approach to creating a zone in the Middle East that would be free of nuclear weapons and other types of weapons of mass destruction and the means for their delivery; and to the situation around the Iranian nuclear programme," Lavrov said. "We are calling on everyone, most importantly the new US administration, to intensify efforts in these areas that are so important for the international community," he added.

Israel is the only confirmed nuclear weapons state in the Middle East. Iran maintains it has no aspirations in that direction.

000000
Popular comments
FM Lavrov is right. Russia has to stay there ground until the west obeys the rules !!

TG
24 February, 14:17 GMT3
000000
Wow my Russians you are right, if they refuse please station your nukes in Mexico, Cuba, Guatemala, Dominican republic, china can also do the same knowing that they are part of the security council and npt treaty members.