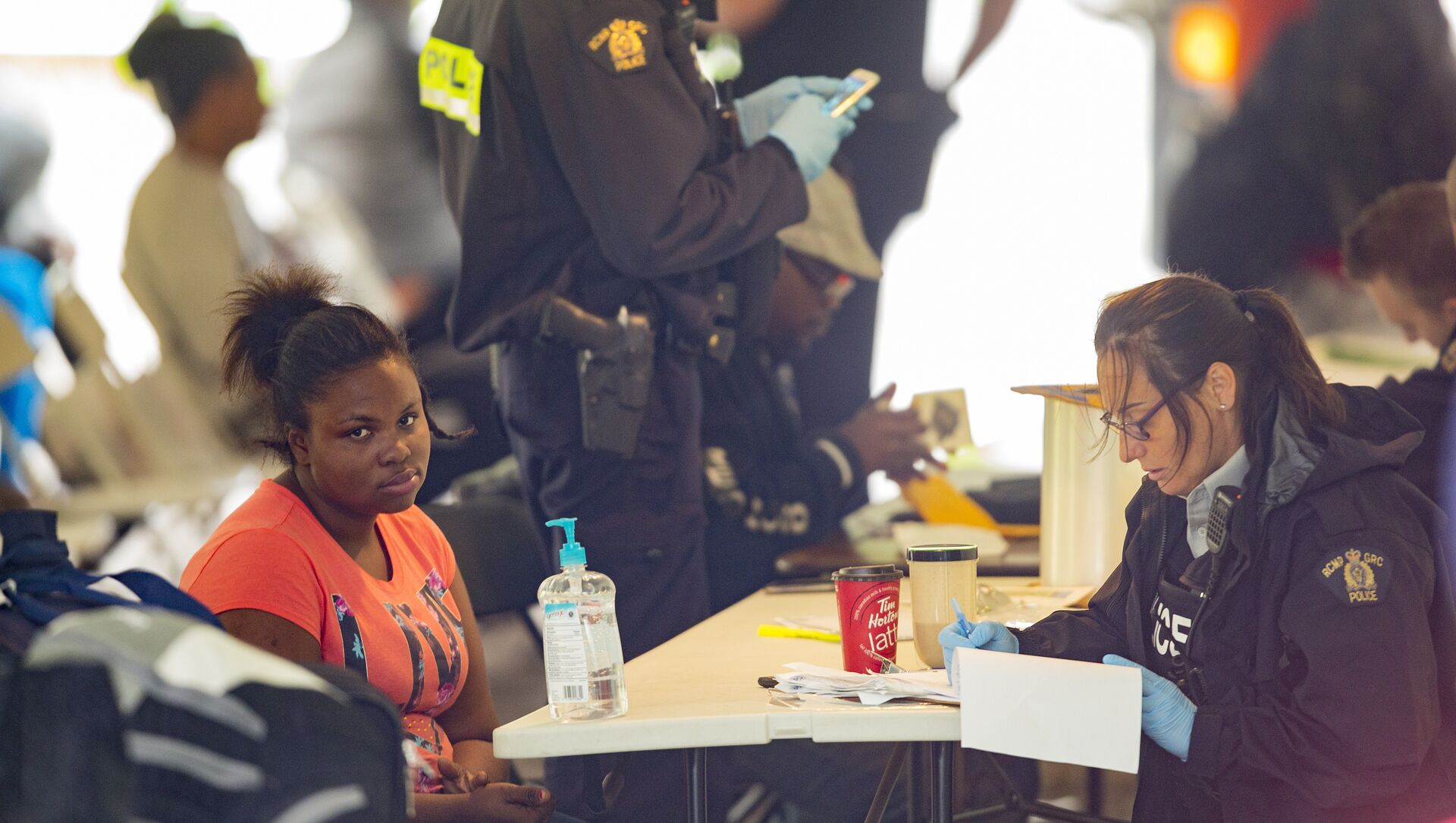 © AFP 2022 / Geoff Robins
Subscribe
As Canadian media is weighing in on the merits of the government’s plan to bring in an unprecedented number of immigrants in the coming years, sceptics grow worried about its consequences.

According to political commentator Bill Tufts, the plan  will have a “tsunami explosion” effect on Canadian society, including housing market and other aspects of everyday life.

Sputnik: You spent a lot of time researching debt, pensions and social programmes. What are the ways in which Justin Trudeau’s latest immigration initiatives will affect the life of Canadians?

Bill Tufts: Well, I think it’s kind of alarming. As a pension expert - and having written a book on pensions, I was always a strong believer in immigration – particularly how it works as a backstop for all of the generous social programmes that we’ve given ourselves. The name of my book is “Pension Ponzi”, and the concept of a “Pension Ponzi” is that “money needs to keep flowing in in order to support the system and keep it sustainable”.  It was great for Canada to have immigration when the economy was booming and growing. However, the economy has slowed down considerably.

The pandemic has brought us into a period of severe unemployment, and it no longer makes sense to continue the massive levels of immigration that Trudeau has ramped up to: almost a million people this year with the 400 thousand students coming in, a regular 350 [thousand] immigrants under the regular immigration stream. We also have the expectation of a huge number of Hong Kong people coming in, with over 300 thousand Hong Kongers looking at getting out of the country after the situation with China over there. We’ve streamlined the process for them to come in. We have another 250 thousand foreign workers who come in on a regular basis.

Societal Changes Fuelled by Immigration Pushed Into Overdrive by COVID, Says Canadian YouTuber
It’s going to put a lot of pressure and strain on our economy – just some of that stuff that we’ve seen: a huge skyrocketing in the price of housing that’s made housing expensive  - out of range for many young Canadians.

A large portion of that is the increased immigration requiring huge housing in order to accommodate that. It’s put huge pressure on some parts of Canada just within the last year, even during the pandemic, I’ve seen a 60 percent increase in housing. And, of course, there’s an issue of other social programs and how are we going to afford those costs in times like these.

Sputnik: According to polls, Trudeau’s immigration initiatives are extremely unpopular among Canadians, with only 17% of your fellow citizens being in favour of these steps. There is COVID, as you mentioned, there is an economic downturn and there are other negative factors at play. So, why do the Liberals keep pushing this plan forward? It’s against  logic, isn’t it?

Bill Tufts: I certainly think it is, and I think more and more Canadians feel that way. And it’s very obvious that Trudeau is pandering to an elite, globalist perspective on the world. We wholeheartedly embraced the Migration Compact when it was introduced by the United Nations. The whole wide range of “the Great Reset” has been heartily endorsed, and has been taken on by our current government. One of Trudeau’s first commentaries coming into power was that Canada was no longer a national state, but what he called a “post-national state.” I think a lot of what he is doing is to completely ignore what’s in the best interest of Canada, he’s pandering to the UN-based globalist elites.

Canada Betting on Increased Immigration Targets to Boost Economic Recovery, Minister Says
Sputnik: What would it take for the Canadian public to “wake up” to what’s happening and to react to that, aside from what we saw at the polls on immigration? Do you think people would vote accordingly during the next elections as a result?

Bill Tufts: I don’t know. There should be an election just around the corner. I’m not sure the Canadians have woken up enough to the imminent danger that’s here, in the way that other countries have had too – for example, the UK embracing BREXIT, and getting out of the globalist EU government. A lot of other countries around the world have in power very populist leaders, presidents, and other various leaders that are working for the country, and not for some foreign, globalist agenda. I don’t know if there is the possibility that it’s going to happen – this process takes a while, as people realize that the status quo no longer works. And it takes a lot of pain for more and more people to decide to turn away.

I certainly have a lot of hope and faith that eventually Canada will need to do what we need to do in order to bring the country back under the control of Canadians. First of all, we need leaders to stand up who are prepared to do that. All of our leaders have shifted very far left on the political spectrum. And even our Conservative party, that was once considered the right wing of politics in Canada has moved very central, and has embraced a lot of the globalist agenda issues and a lot of the other left-leaning progressive social issues. So, these are certainly very interesting times for us, and I’m not sure where it will go, but there’s going to be a lot of pain and grief along the way as Canadians struggle to regain our sovereignty, and bring liberty and freedom back to Canada.