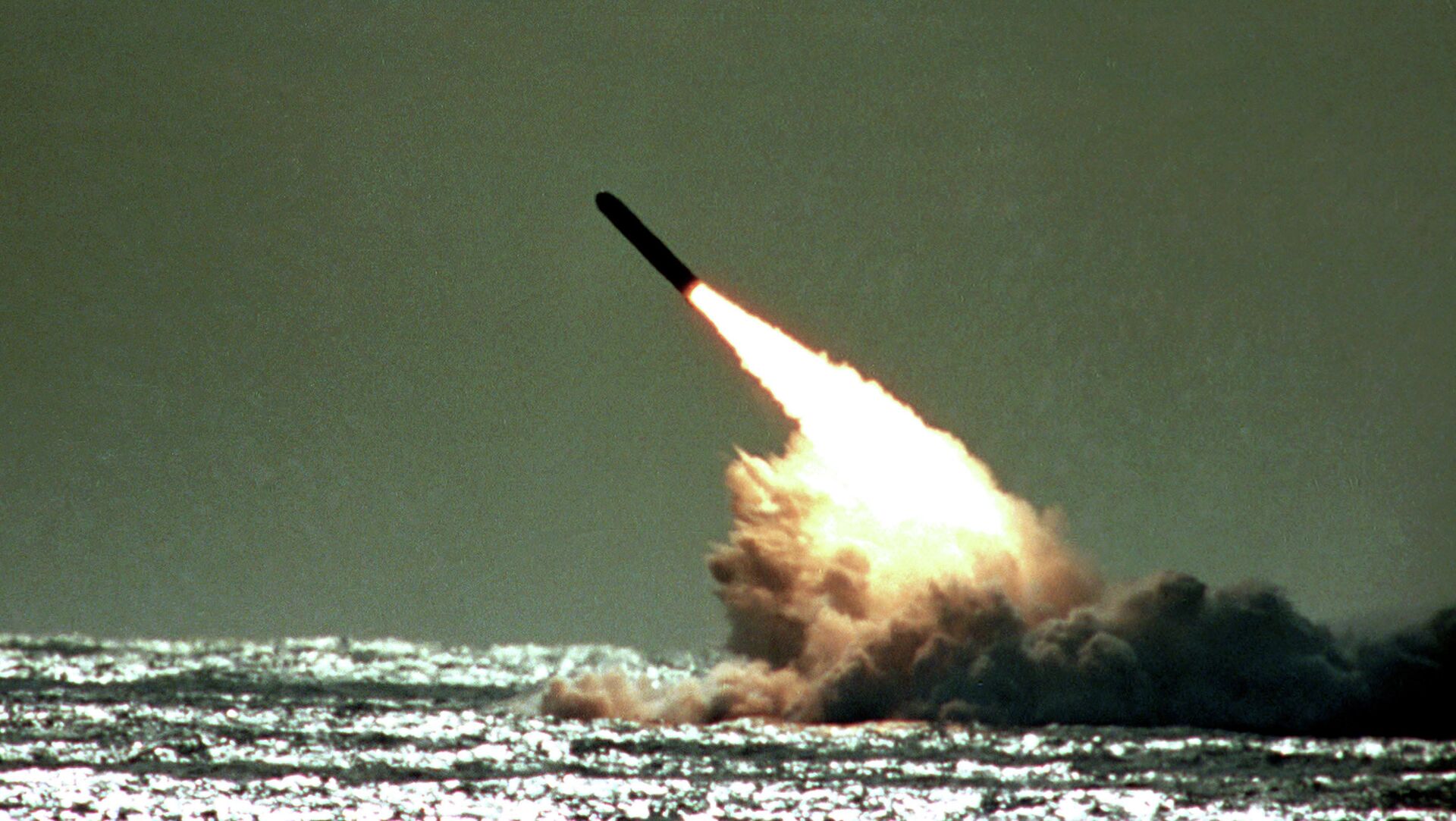 Daria Bedenko
All materialsWrite to the author
The president of the United States has the sole authority to launch nuclear weapons at any time and for any reason. While the order must be confirmed by the Defense Secretary, that position has no veto power and is bound to comply, as the confirmation simply serves to verify that the order comes from the president.

The initiative was rolled out by Representative Jimmy Panetta, who said he is calling on Biden to "install checks & balances in our nuclear command-and-control structure."

“...Vesting one person with this authority entails real risks,” Panetta's letter states, cited by Politico. “Past presidents have threatened to attack other countries with nuclear weapons or exhibited behavior that caused other officials to express concern about the president’s judgment.“

Panetta outlines that, even though it is assumed that a president would consult with advisers before ordering a nuclear attack, there are no "requirements" that oblige him to do so. He notes that "the military is obligated to carry out the order if they assess it is legal under the laws of war", referring to the obligation of US Defense Secretary to verify such order.

"Under the current posture of US nuclear forces, that attack would happen in minutes", the letter notes.

Past presidents have threatened nuclear attacks on other countries or exhibited concerning behavior that cast doubt on their judgment. Read more: https://t.co/Ntk8uvRqxO

​As an alternative to a possible nuclear attack order scenario, House Democrats rolled out a suggestion to require other officials, such as the speaker of the house and the vice president - currently Nancy Pelosi and Kamala Harris, respectively - to approve the order.

Democrats outlined that neither of the two top officials "can be removed by the president if they disagree."

Currently, the president is capable of unilaterally launching a nuclear attack. Despite that an order would have to be verified by the defense secretary, the latter has no power to veto. Traditionally, US presidents have passed down a briefcase containing all necessary materials to dial up a nuclear attack, a so-called "nuclear football".

When the briefcase was at the disposal of the previous US president, Donald Trump, Democrats voiced concerns regarding his access to the weapons. Particularly, House Speaker Pelosi claimed that an “unhinged” president could start a nuclear war and questioned about “available precautions” that could prevent him from ordering a launch.

Biden, who inherited the "nuclear football" from Trump after taking office on 20 January, is a vocal advocate for nuclear non-proliferation and arms control. He proposed a nuclear declaratory formulation for the United States, known as "sole purpose", suggesting that the sole purpose of US nuclear weapons should be to deter nuclear use against it or its allies.

The sole purpose policy, as some observers argue, is not the same as a "no-first-use" pledge, a stance of not using nuclear weapons as a means of warfare unless an adversary attacks first.

Ankit Panda and Vipin Narang, in their commentary for War on the Rocks, outline that "sole purpose" and "no-first-use" are different, despite some arguing to the contrary.

"[...] It comes close, but is not the same thing. No first use is a statement about when the United States would (and would not) use nuclear weapons. It is an explicit employment constraint: It commits a state to not use nuclear weapons except in retaliation for nuclear attacks. Sole purpose, in contrast, is as its name implies a statement about why the United States possesses the nuclear arsenal that it does, not how it will use it", the authors highlight in the article.

As heated debate unfolds between advocates for both approaches, Tom Z. Collina, director of policy at the Ploughshares Fund - a public foundation supporting initiatives to prevent the spread and use of nuclear weapons - weighed in with his opinion that the Biden administration should relinquish the sole authority to launch nuclear strikes and implement the no-first-use policy.

"Ploughshares is asking President Biden to announce that he will end the policy of sole authority in two reinforcing ways: 1) The United States would never start a nuclear war and would only consider the use of nuclear weapons in response to a confirmed nuclear attack (aka, No First Use); 2) An order to use nuclear weapons first must be approved by both the executive and legislative branches of government", Collina offered, in his alternatives to current nuclear launch scenarios. 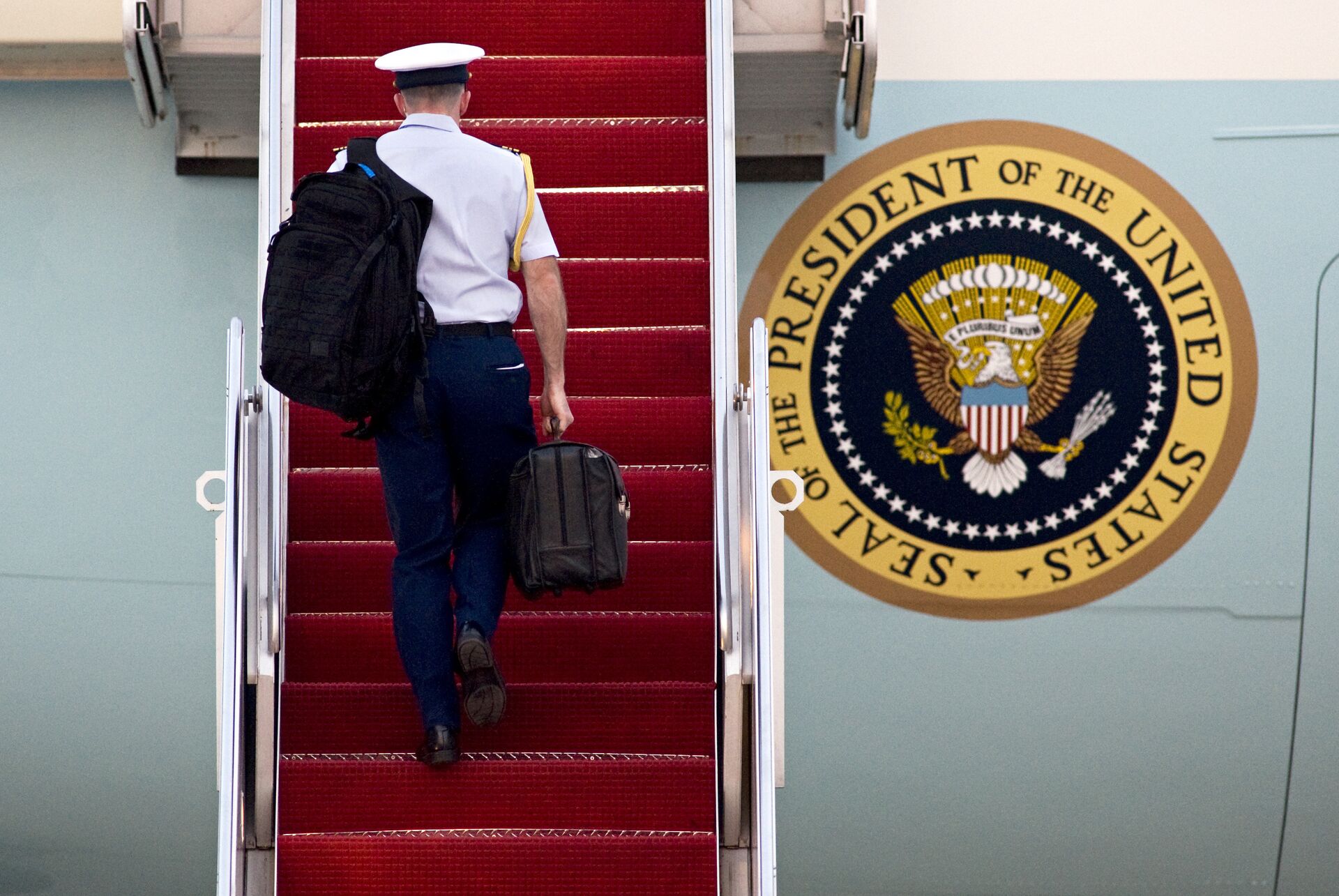 A Military aide carries 'the football', the leather briefcase stocked with the classified nuclear war plan, in his right hand as he walks up the stairs of Air Force One at Andrews Air Force Base, in Md.
© AP Photo / Cliff Owen

Bonnie Jenkins, nominated by Biden to be Under Secretary of State for Arms Control and International Security Affairs, voiced her support toward the "no-first-use" policy, while also criticising the previous administration that increased funding for US nuclear weapons.

Since after taking office, Biden has extended the New START arms control treaty with Moscow and voiced his intention to resurrect the Joint Comprehensive Plan of Action (JCPOA) with Iran - a nuclear deal that envisaged the Islamic republic scaling down its nuclear program in exchange for sanctions relief, which Trump unilaterally exited in 2018.