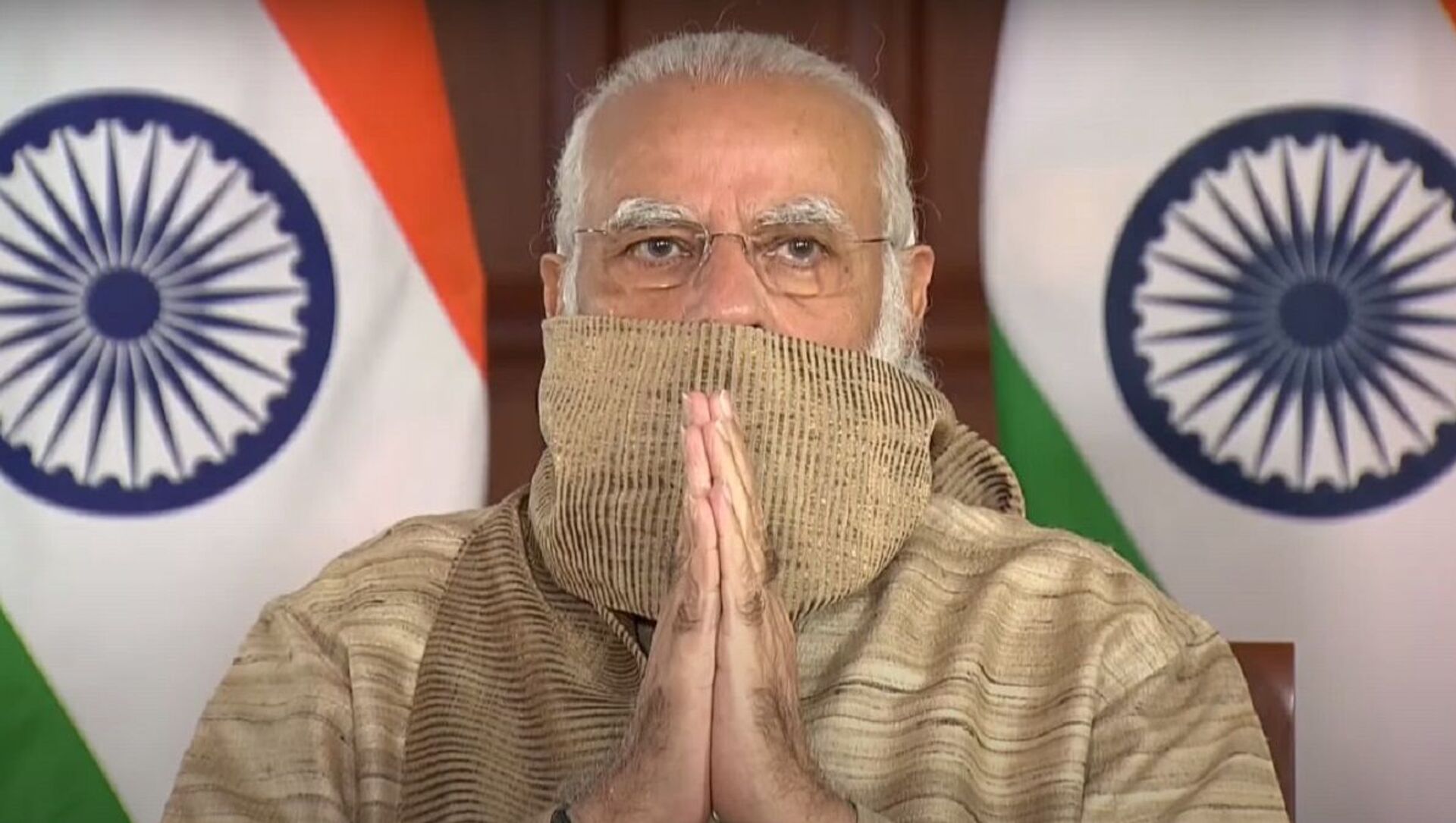 Advitya Bahl
All materialsWrite to the author
India's West Bengal state assembly elections are expected to be held in April and May this year. The Bharatiya Janata Party (BJP) is making efforts to replace the Mamata Banerjee-led Trinamool government, which has been governing the state for more than a decade.

Mamata Banerjee, state chief of India's West Bengal, has accused Prime Minister Narendra Modi of fuelling communal tensions across the country. While referring to Modi as the "biggest rioter" in India, Banerjee predicted him a "worse" fate than former US President Donald Trump in the upcoming state elections.

"Narendra Modi is the biggest ''dangabaaz'' (rioter) in the country... What has happened to Trump, he (Modi) will meet an even worse fate than him. Nothing can be gained from violence," she said.

The Trinamool Congress (TMC) chief further mentioned that she'll be a "goalkeeper" in the upcoming assembly polls and claimed the BJP will not be able to score a single "goal" (referring to winning seats).

"All shots will fly above the goal post," she stated.

Her remarks come days after PM Modi launched an attack on the Banerjee-led local government on Monday.

Modi alleged that the Trinamool Congress has perpetuated a "syndicate raj" – an organised form of running corrupt extortion rackets – in all spheres of life in West Bengal, and said no work gets done without common people having to pay cut-money in West Bengal.

"The state government's cut money culture has vitiated the atmosphere to such an extent that you cannot even take a house on rent without paying it....you cannot rent a house without the syndicate's permission," PM Modi said.

Ahead of the upcoming state election, both the Trinamool Congress and BJP have been targeting each other and promising to emerge victorious. Elections for the 294-member West Bengal assembly are likely to be held in April and May.

Meanwhile, in order to leave a mark in West Bengal, which the BJP has never been able to, the party has been conducting high-profile political tours and inducting Trinamool Congress turncoats into its ranks.