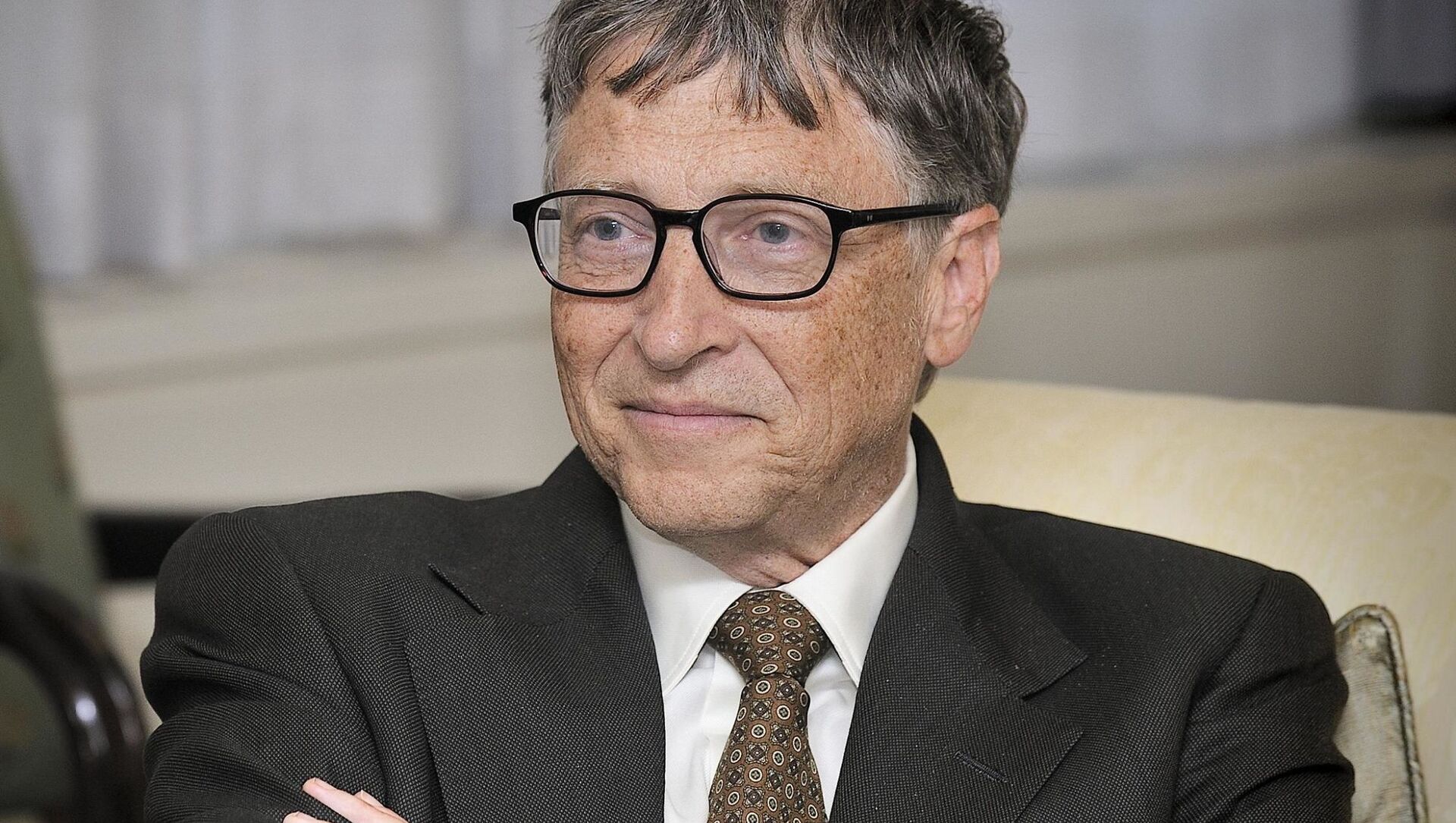 Aleksandra Serebriakova
Moscow-based Sputnik correspondent specializing in foreign affairs.
All materialsWrite to the author
Bitcoin lost more than 14 percent in value on Tuesday after a record-breaking rise to $58,354 during the weekend. The dramatic surge and depressing downfall has demonstrated what has long been expected from this cryptocurrency – it is extremely volatile.

Unlike extravagant billionaire Elon Musk, Microsoft founder Bill Gates is not a fan of Mars exploration or Bitcoin.

The famous philanthropist confirmed this to Bloomberg reporter Emily Chang on Tuesday, saying that he was not “missing” anything about Musk’s and Jeff Bezos’ space bids, neither was he “bullish” on Bitcoin. Gates also warned investors to be careful with the cryptocurrency – unless, of course, they have as many billions as Musk.

“Elon has tons of money and he is very sophisticated, so I don’t worry that his Bitcoin will sort of randomly go up or down,” the magnate said while discussing the currency’s recent jumps and how easily it can be influenced by things such as a simple tweet from the SpaceX founder.

“I do think people get bought into these manias, who may not have as much money to spare, so I’m not bullish on Bitcoin, and my general thought would be that, if you have less money than Elon, you should probably watch out,” Gates added.

The billionaire investor and co-chairman of the Bill and Melinda Gates Foundation said that he was really not into this cryptocurrency as it consumes a lot of energy and tends to “promote” irreversible anonymous transactions. But Gates is confident: “digital money is a good thing".

Viral
‘Bitcoin is My Safe Word’: Elon Musk Goes on Tweet Spree With Jokes and Memes About Cryptocurrencies
Not everyone would agree with Gates’ criticism of Bitcoin.

One of the organisations powering the cryptocurrency, Bitcoin.org, says that the digital coin is often misperceived as an “anonymous” payment method.

“But in reality, Bitcoin is probably the most transparent payment network in the world,” they say, noting that all the transactions associated with bitcoin addresses and a resulting balance can be easily checked.

However, what is certain about Bitcoin is its volatility. On Tuesday, a unit of the cryptocurrency lost more than $8000 in value in a day dropping to $46,817 from $55,000 on Monday.

The plunge followed a mind-blowing rise to $58,354 on 21 February. Overall, the currency has gained 700 percent in value since January 2020.

Like Gates, US Treasury Secretary Janet Yellen said on Monday that Bitcoin was a “highly speculative asset” and warned about its “extremely volatile” nature over “potential losses that investors can suffer”.