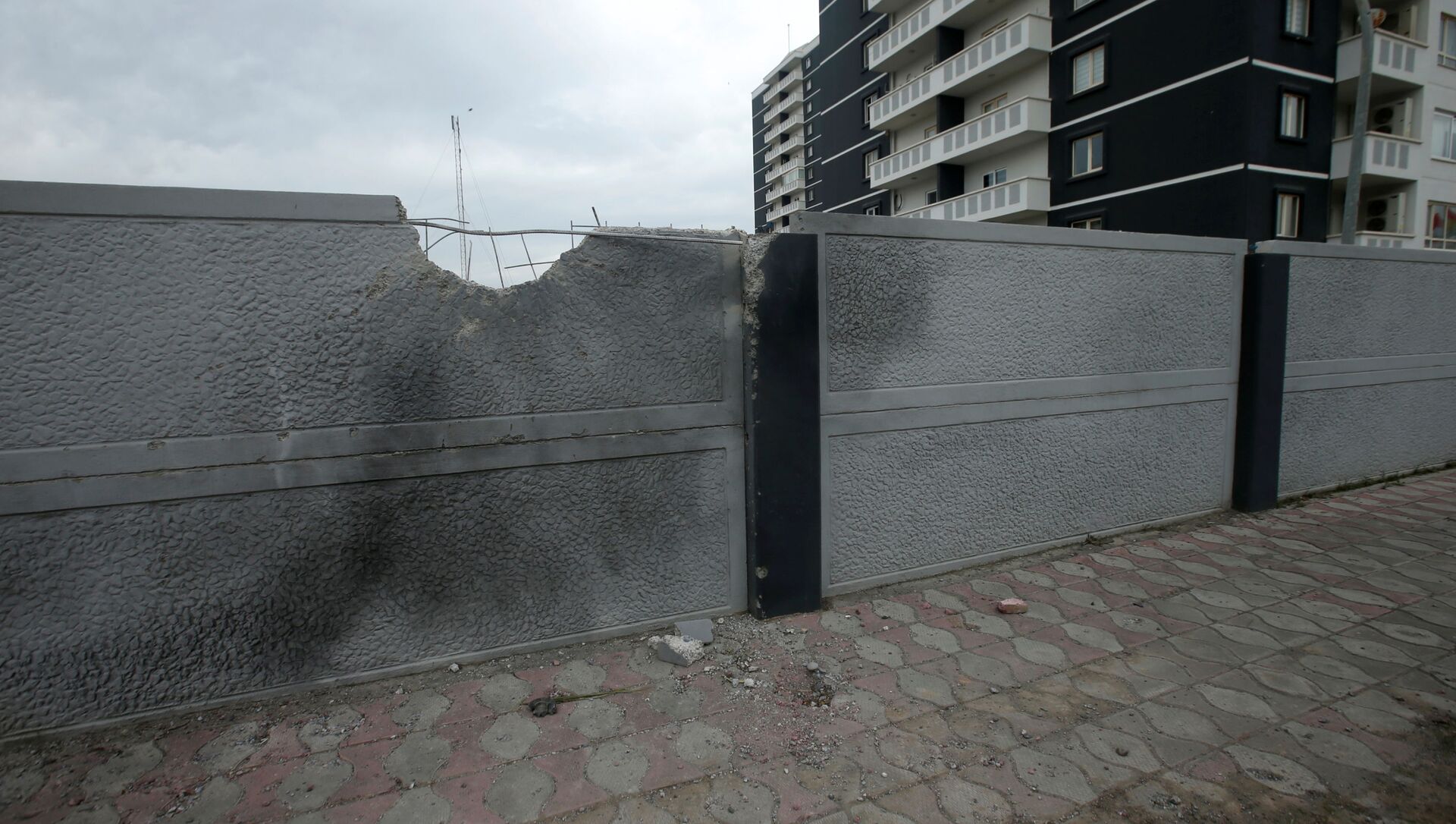 Alexandra Kashirina
All materialsWrite to the author
On Monday, US State Department spokesperson Ned Price stated that Washington "will respond in a way that’s calculated within our own timetable and using a mix of tools at a time and place of our choosing" to recent missile attacks against American assets in Iraq.

US President Joe Biden and Iraqi Prime Minister Mustafa Al-Kadhimi conferred about the recent rocket attacks on Iraqi and coalition forces during a phone call held on Tuesday, according to an official White House announcement. The two leaders agreed that those responsible for the attacks "must be held fully to account."

During the phone call, the two leaders also discussed "the importance of advancing the Strategic Dialogue" between the two countries and further the improvement of US-Iraqi relations in spheres of mutual interest. Biden and Al-Kadhimi agreed to "stay in close touch" over the coming days and weeks.

The White House announces President Joe Biden spoke to Iraqi Prime Minister Mustafa Al-Kadhimi today, writing the two “discussed the recent rocket attacks against Iraqi and Coalition personnel and agreed that those responsible for such attacks must be held fully to account.” pic.twitter.com/pA5qsnX5s0

Earlier in the day, in a separate statement, Al-Kadhimi, while commenting on the phone call with the US president, said that they "reaffirmed our commitment to bolstering Iraqi-US ties for the benefit of our peoples and cooperation in fighting Daesh to ensure regional peace and stability".

He pointed out that the US-Iraq Strategic Dialogue "continues to serve as a roadmap for the future". 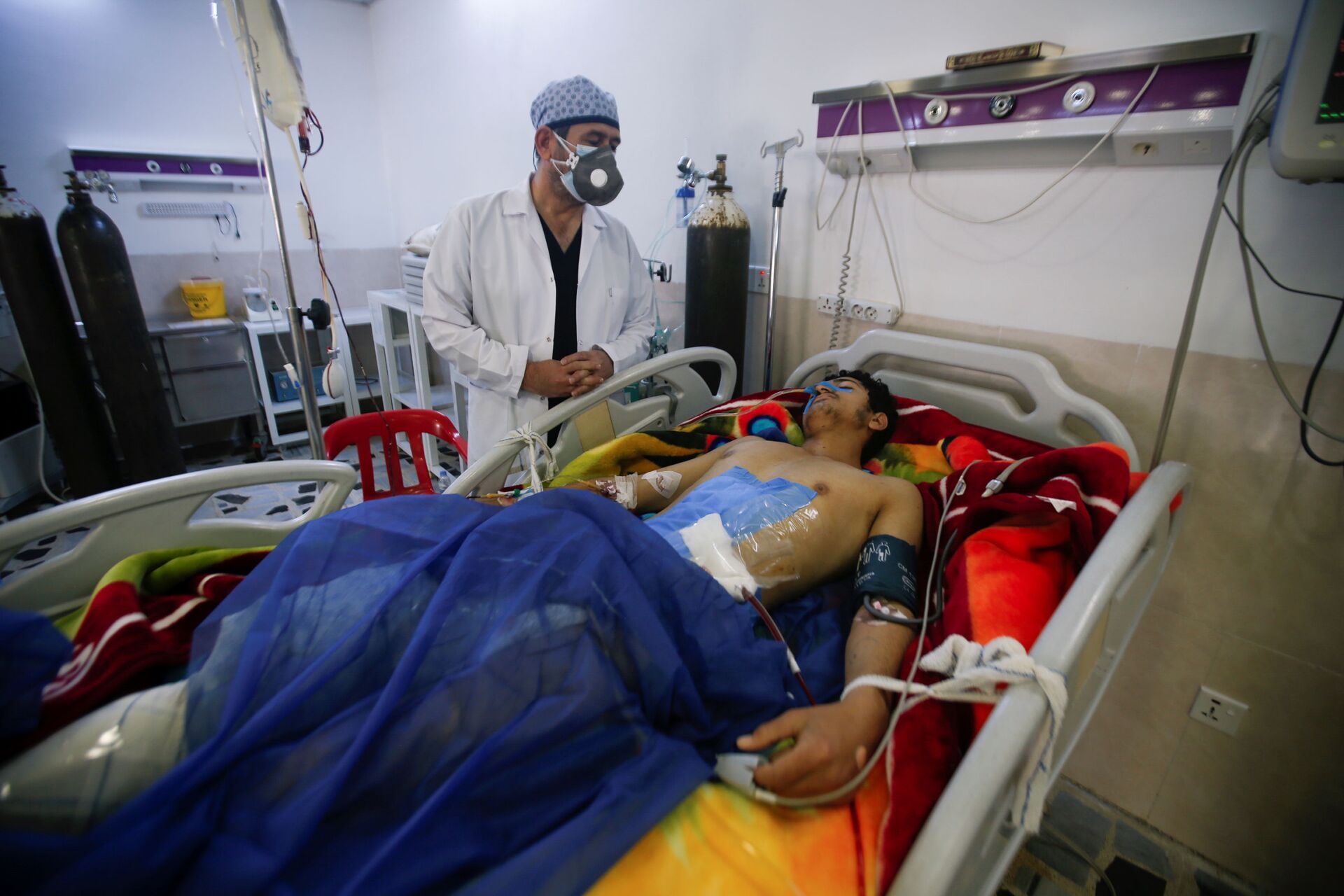 A man is treated at a hospital after he was injured during last night's rocket attack on U.S.-led forces in and near Erbil International Airport, in Erbil, Iraq February 16, 2021
© REUTERS / AZAD LASHKARI

The attacks started last week with a dozen rockets hitting a number of Iraqi military objects, including Erbil Air Base. One civilian was reported dead and nine received injuries.

A little-known Shiite militant group, Saraya Awliya al-Dam, announced that it had conducted the attack, promising to continue further strikes against “American occupation” forces in Iraq.

Following accusations from a number of Iraqi officials that Iran has stood behind the strikes, Iranian Foreign Ministry spokesman Saeed Khatibzadeh claimed on 16 January that the Islamic Republic "not only strongly rejects these rumours, but also flatly condemns suspicious attempts to attribute the attack to Iran".

On Monday, the Iraqi military reported that two rockets were fired towards Baghdad's heavily fortified Green Zone, where foreign embassies including the US diplomatic mission are located. The explosions reportedly caused no casualties. Another attack aimed at Al-Harithiya, a nearby residential neighbourhood, damaged some buildings.

"I can add that the rockets fired in recent attacks on the coalition and citizens of Iraq, including this attack I referenced, are Iranian-made and Iranian-supplied," he said.