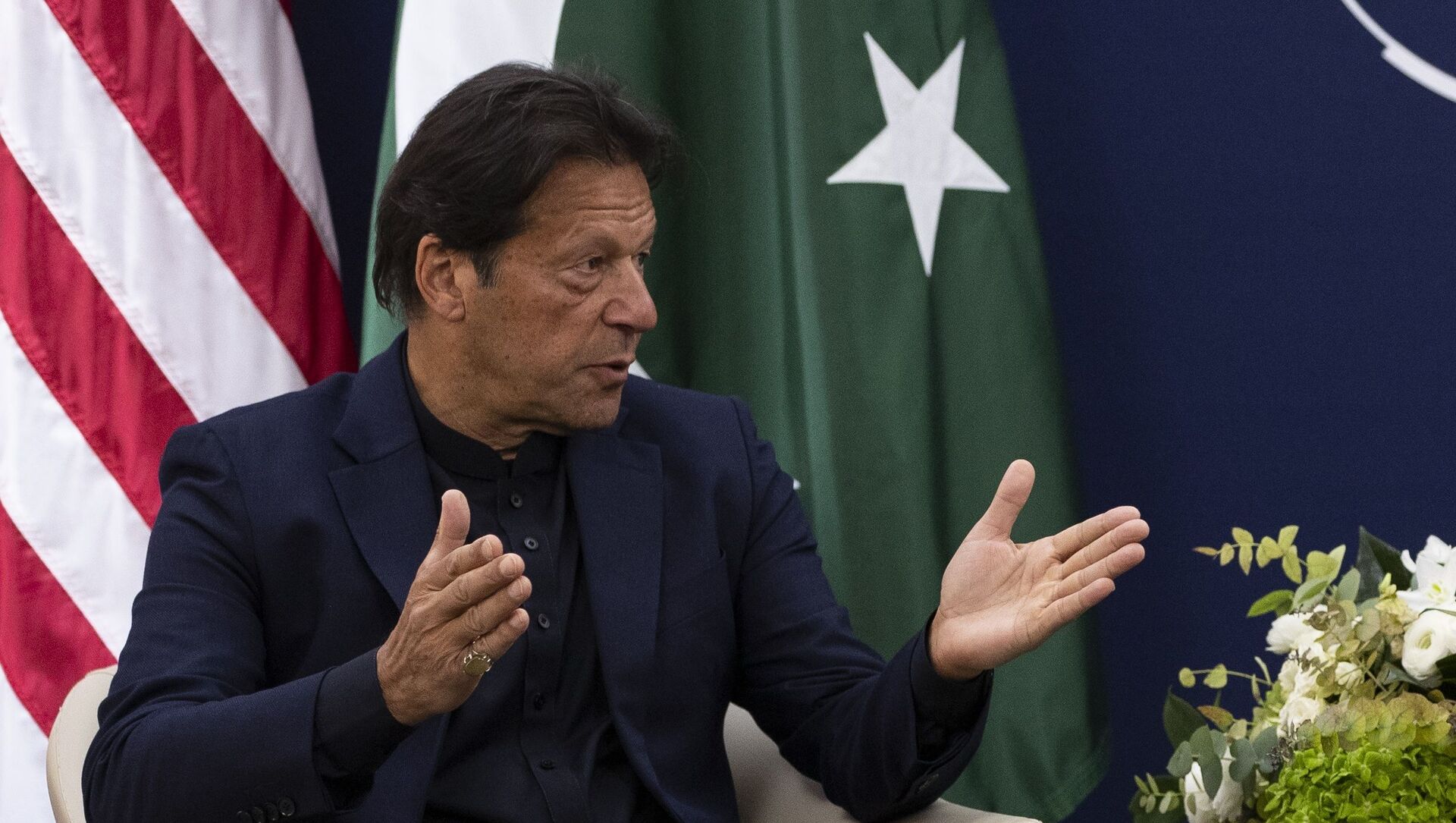 Priya Yadav
All materials
Imran Khan is travelling to Sri Lanka for two days on the invitation of Sri Lankan Prime Minister Mahinda Rajapaksa. He will be accompanied on the trip by some federal ministers and senior officials. Rajapaksa hopes that the visit will pave way for joint ventures that mutually benefit both nations.

Pakistan Prime Minister Imran Khan will fly over India to reach Sri Lanka on his two-day visit to the island nation beginning from Tuesday.

Sources in New Delhi told media organisations that authorities have granted the permission after Islamabad made a request regarding use of Indian airspace for the travel.

Pakistan had refused to allow Indian Prime Minister Narendra Modi to use Pakistan's air space twice: when he was travelling to the US in September 2019 and to Saudi Arabia in October 2019. Islamabad had cited alleged human rights violations in Kashmir as a reason for denying permission.

Bitterness had prevailed between the two neighbours on this score. India had taken up the denial of permission for the VIP Flight with the International Civil Aviation Organisation.

Pakistan's refusal was seen as an aberration and against protocol which dictates that permission is to be given by countries to use air space for the travelling heads of state of other countries.

As Pakistanis Rally for Solidarity With Kashmir, Imran Khan Passes the Buck to India
However, Pakistan had refused not just the Indian Prime Minister Narendra Modi but also Indian President Ram Nath Kovind, refusing to allow its air space in September 2019 when he was flying to Iceland.

Imran Khan's visit to Sri Lanka has been hit by a controversy around the cancellation of his speech to the the country's parliament, which was planned but later cancelled.

The Colombo Gazette, a Sri Lankan media outlet, had published a report titled 'Sri Lanka avoids clash with India by cancelling Khan's Parliament speech'. The report said that the island nation cannot risk its relations with India when it is getting stuck in the Chinese debt-trap.