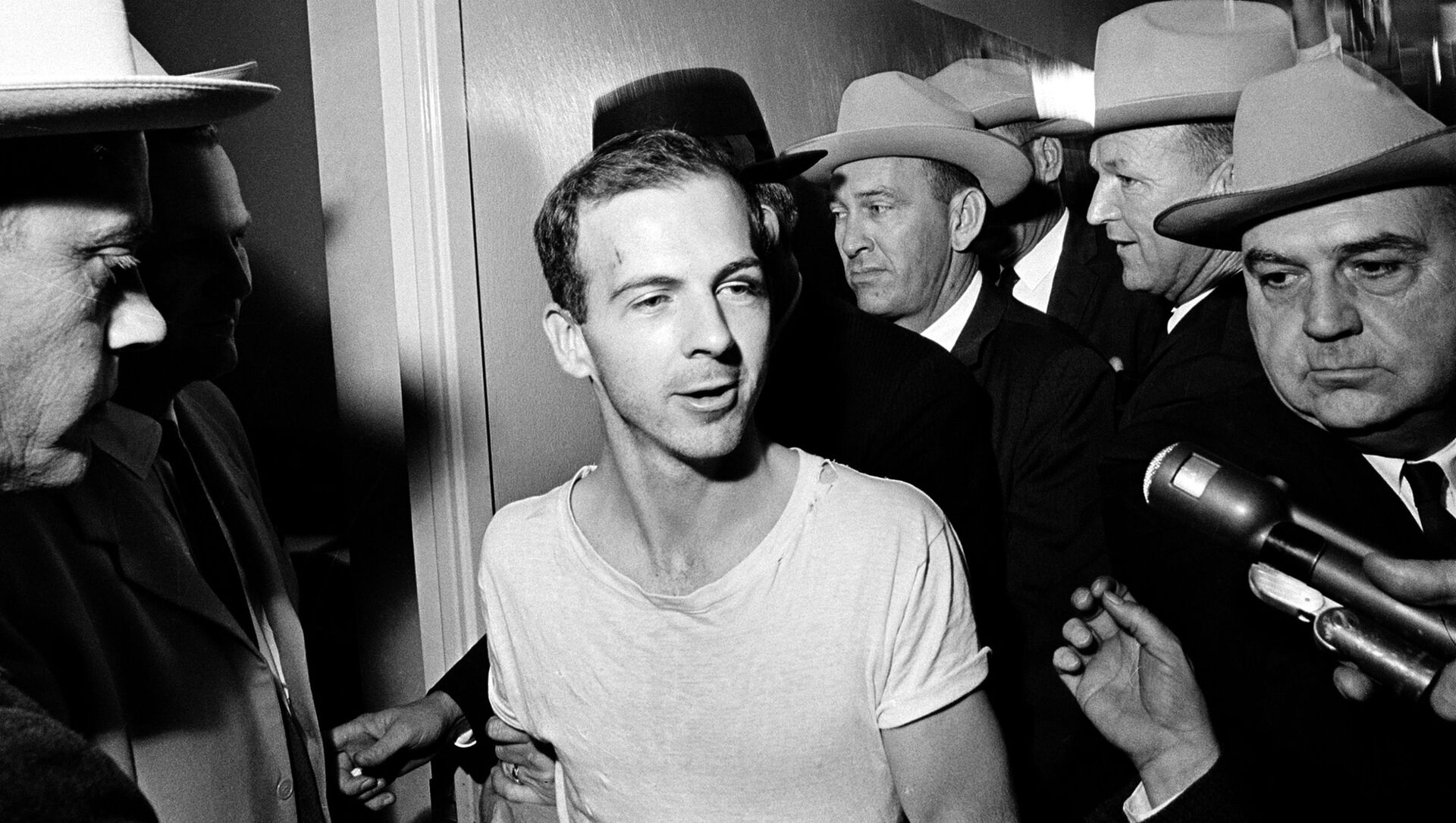 © AP Photo
Subscribe
Daria Bedenko
All materialsWrite to the author
John F. Kennedy, the 35th president of the United States, was assassinated on 22 November, 1963 in Dallas, Texas, as he and his wife traveled on an open automobile on a motorcade route. Kennedy is officially claimed to have been shot by a former US Marine, Lee Harvey Oswald, and conspiracy theories revolve around the assassination to this day.

In a new book named “Operation Dragon: Inside The Kremlin’s Secret War on America" written by two former intelligence chiefs, a fresh conspiracy theory has emerged regarding the assassination of US President John F Kennedy, suggesting that Soviet leader Nikita Khrushchev and the KGB are behind the 1963 shooting of the 35th US president committed by Lee Harvey Oswald.

The book was written by a former US ambassador, R. James Woolsey, who ran the CIA from 1993 to 1995, and his co-author, the so-called “highest-ranking intelligence official from an enemy country ever granted political asylum in the United States”, Lt. Gen. Ion Mihai Pacepa, a former acting chief of Communist Romania’s espionage service.

According to the book, Oswald, who aspired to become a Soviet national and hailed Nikita Khrushchev as a personal "hero", was recruited by the USSR in 1957 and was instructed by the Soviet leader to assassinate Kennedy.

Later, however, the initiative was called off and the KGB "ordered Oswald to stand down", but Oswald, eager to finish a "personal mission", "stubbornly went ahead."

“Although Oswald wished to remain in the Soviet Union, he was eventually persuaded to return to the US to assassinate President Kennedy, whom Khrushchev had come to despise,” the two former intelligence chiefs write in their book, cited by New York Post. “Oswald was … given a Soviet wife and sent back to the US in June 1962.”

The authors, however, do not offer concrete evidence of the alleged assassination order or its subsequent cancellation, providing instead letters that Oswald and KGB agents prepared for when he returned to the Soviet Union after he completed his "mission".

“Oswald knew that Nikita Khrushchev, the leader of Oswald’s paradise and new home, the Soviet Union, had entrusted him with that task, and he was confident he could pull it off,” the book claims. “By this time, however, the KGB and [the country’s] leaders realized that Khrushchev’s crazy ideas were giving their country a terrible reputation... another false step by the hot-headed Khrushchev, and there might be nuclear war.”

CIA, Mafia, Cubans: Top Five JFK Assassination Theories 55 Years On
In one of the referred letters, dated 9 November, two weeks before Kennedy's assassination, there is a mention of a meeting with someone described by the authors as “Comrade Kostin,” or “Valery Kostikov, an identified PGU [First Chief Directorate] officer of the Thirteenth Department.”

This is not the first time the Soviet KGB (along with the CIA, the mafia crime syndicates, Vice President Lyndon B. Johnson and even late Cuban Prime Minister Fidel Castro) has been accused of being connected with the assassination of JFK.

The Warren Commission, after investigating Kennedy's killing, found no evidence that the Soviet Union was involved in the assassination.